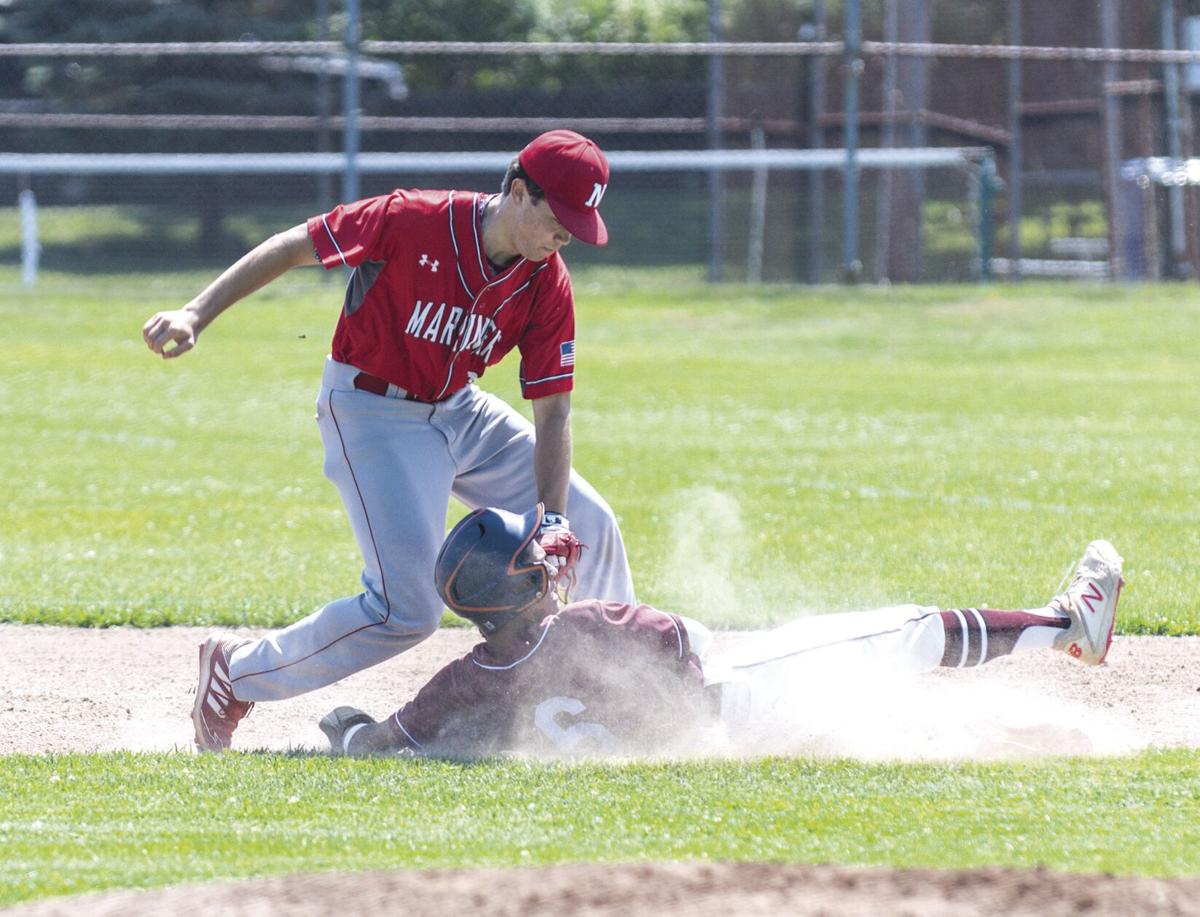 Narragansett's Jackson Monast tags Prout's Jaden McCoy after catching him in a rundown during Tuesday's game at Sprague Park.

Narragansett's Jackson Monast tags Prout's Jaden McCoy after catching him in a rundown during Tuesday's game at Sprague Park.

Prout rode ace Kieran Gibson, great defense and just enough offense to a 1-0 win over rival Narragansett on Tuesday in a playoff matinee.

Coming off his no-hitter in Prout’s home finale, Gibson wasn’t quite as sharp as he handed out five walks. But he didn’t allow many hits and struck out seven. His defense helped limit the damage from the base-runners, turning three double plays.

“It was probably the cleanest baseball game we’ve played all year,” head coach Ty Cosgrove said. “We turned three double plays, which was awesome. Kieran had more control issues than he’s had in the last few games but he still had a great day. We had one inning where we got it going. Double and a single that knocked him in, and that was really it.”

“He pitched great,” Cosgrove said. “He threw a lot of off-speed stuff and had our guys guessing all day. He did a great job.”

Devin Kazarian shook off two tough at-bats against Koble for a double in the sixth inning, which started the game’s only rally. Mike Bogosian followed with a base hit to plate Kazarian.

“Devin Kazarian struck out twice before that. It was a nice thing that he stepped up there,” Cosgrove said. “Mike Bogosian drove in the run. He had a great day at shortstop, too. He started two of the double plays. He fielded the ball beautifully all day. He was a key to the win.”

With the walks adding to Gibson’s pitch count, he retired the first two batters in the seventh before reaching the RIIL limit. He left with the tying run on second base, but Mason Bissitt needed just one pitch to induce a game-ending fly-out.

“Runner on second, so it was a little unnerving having to pull your starter,” Cosgrove said. “Mason Bissitt threw one pitch and got the out.”

The win sent Prout into a quarterfinal matchup with Barrington, which was set for Wednesday. The Eagles won their first-round game 12-0.

“They were our first two games of the year,” Cosgrove said. “We’re definitely in a different place, but it looks like they are, too.”

For Narragansett, the loss ended a solid season. The Mariners had won three in a row heading into the playoffs, a streak that earned them a home game. They finish at 8-6.