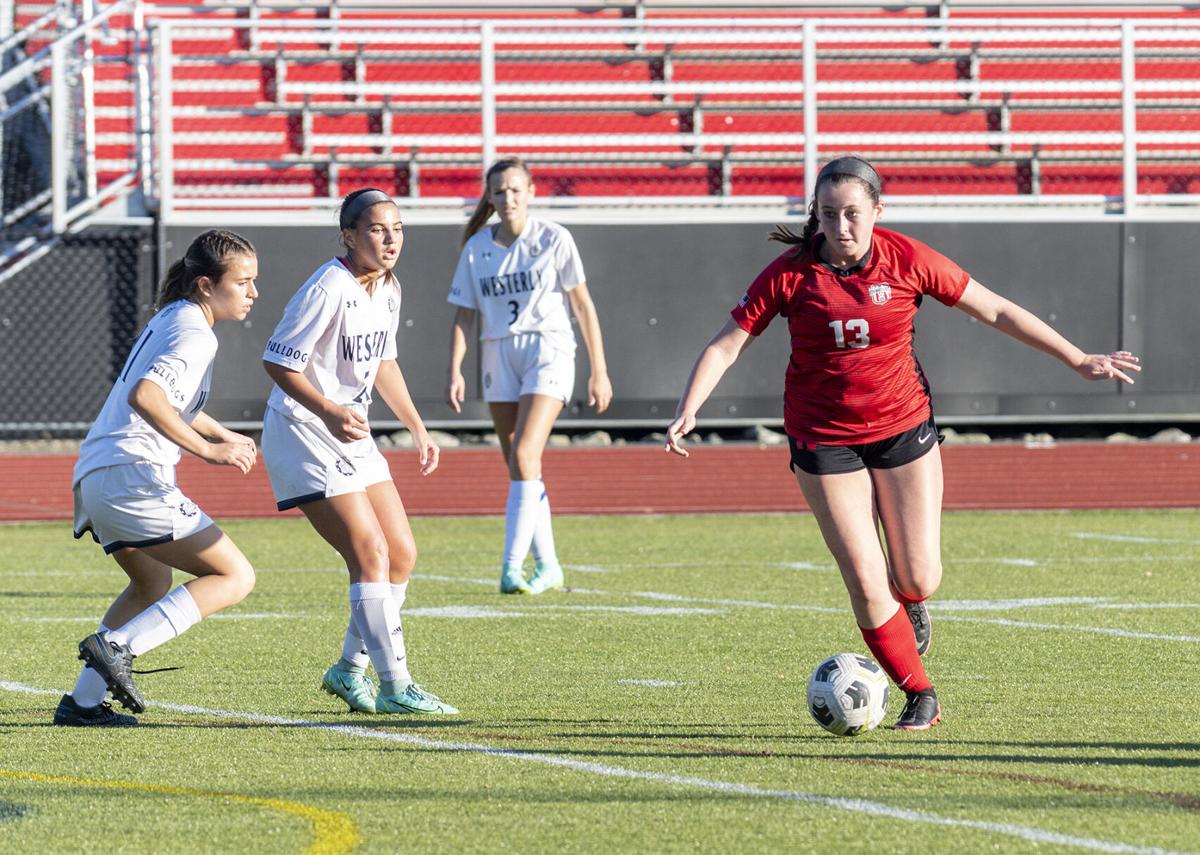 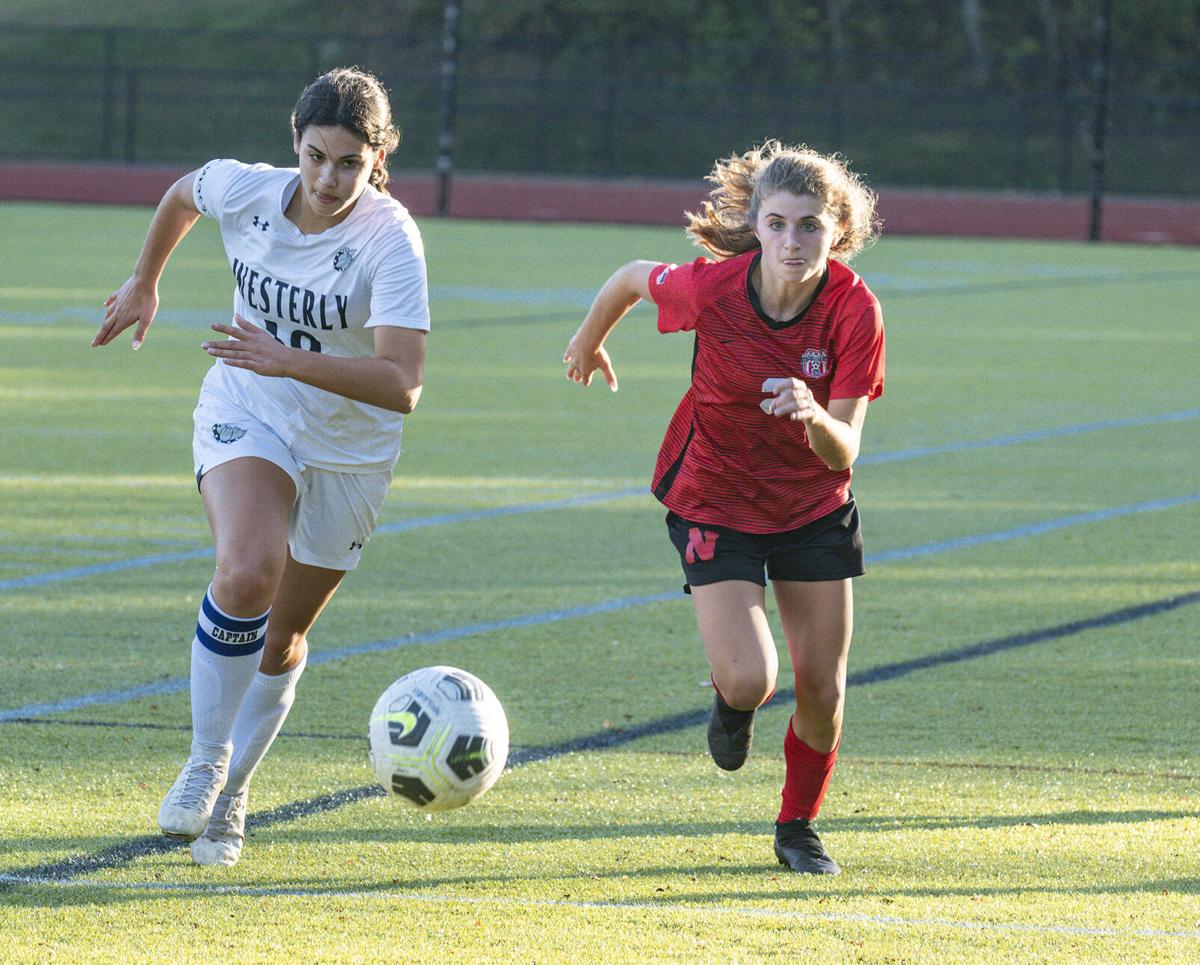 NARRAGANSETT — Last year, the Narragansett girls soccer team struggled in the early part of the abbreviated fall season before a surprise run to the Division III title game.

The Mariners are aiming to peak at the right time again this season, and Thursday’s win was a good step in that direction.

Anna Hart scored two goals in the second half to break a scoreless tie and goalie Grace Blessing finished with a clean sheet as the Mariners beat Westerly 2-0 for one of their best victories of the season. The Bulldogs entered the game with the third-best record in Division III.

“It’s a great win for us,” head coach Kathryn Mahoney said. “They’re one of the top teams. Westerly is always an aggressive team. I was really happy to see what we did, especially in the second half.”

The win put the Mariners at 6-2-2 ahead of a busy final week of the regular season. They’ve had to steer through a few gaps in the schedule due to postponements, but they hope they’re trending in the right direction, just like last year.

“I think that was great experience for the players because it was so unexpected,” Mahoney said. “You can only learn from being in those positions. I’m hoping, not only the excitement but the experience of playing in high pressure situations, that we can have a strong finish to our season. Every season is different but we’re hoping for the best going into the final stretch here.”

Narragansett bounced back from a 7-1 loss to unbeaten Burrillville with a win over Johnston last week, then kept it going against Westerly. After a scoreless first half, the Mariners broke through 10 minutes into the second half. Hart got loose on a breakaway, steadied herself as the defense tried to bump her off course and slipped a shot past the charing goalie for the 1-0 lead.

“Anna’s fast, skillful, aggressive,” Mahoney said. “It’s a tough combination to defend and where I think she’s really improving is with finishing. It really is a drastic improvement from freshman year to now. She’s only going to get stronger.”

Fourteen minutes later, Hart struck again, settling a bouncing ball in the penalty area and burying her shot to make it 2-0.

“We talked about it a lot, that we’re strong and we possess the ball well. But one thing we’ve struggled with is capitalizing in the final third,” Mahoney said. “I think they were just more aggressive going toward the net. That’s what we talked about a lot at halftime. It was great to see them go out and do it. They followed through very well.”

Westerly threatened a few times down the stretch but missed wide on a couple of looks. Blessing made a diving save on a hard one-timer as the clock ticked under two minutes. Strong defense from Julianne Harris, Chloe Edmonds, Allison Seaver and Julia Cox helped preserve the shutout.