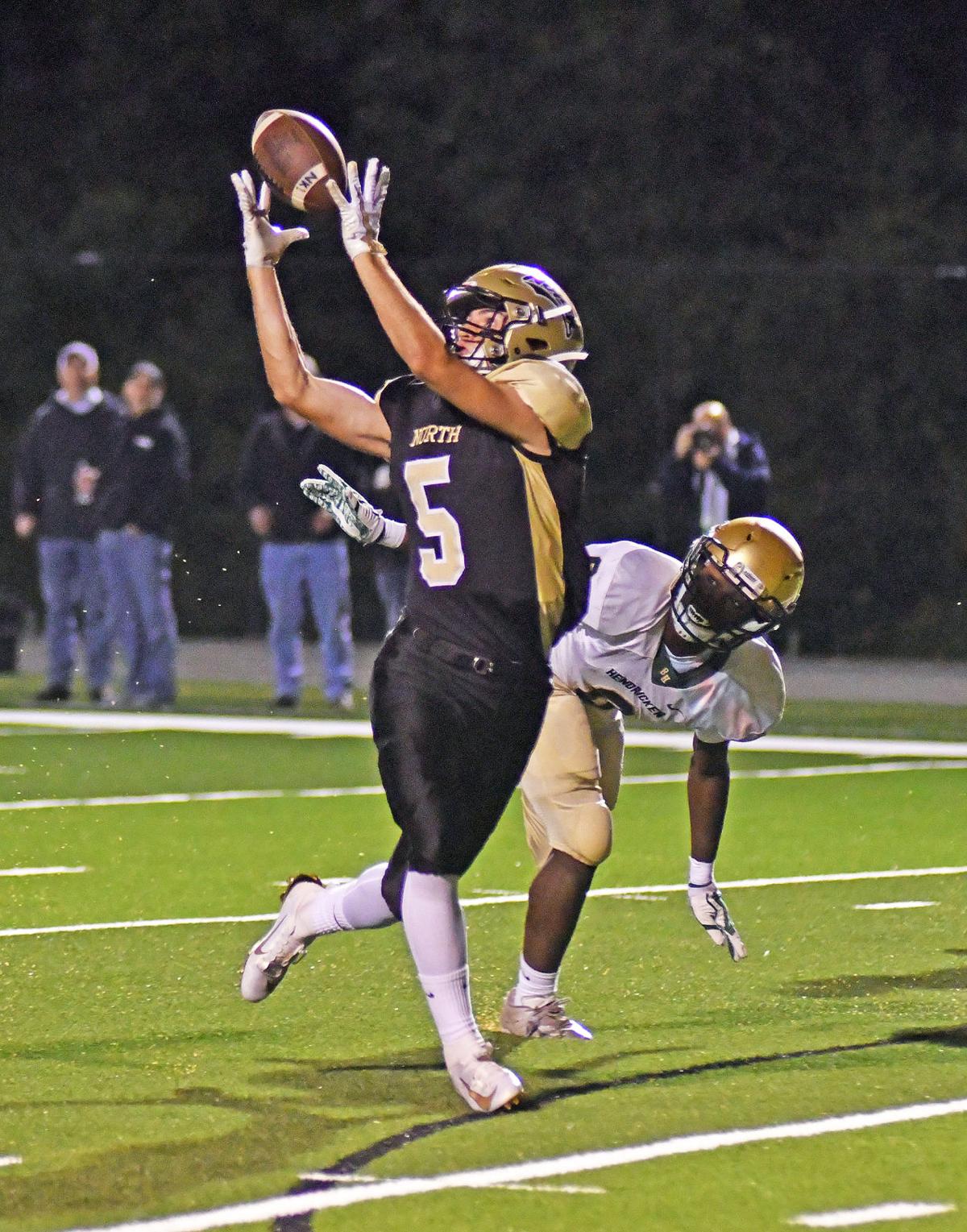 North Kingstown's Edward Cardarelli makes a catch which he ran in for a touchdown during Friday's game against Hendricken at North Kingstown High School. 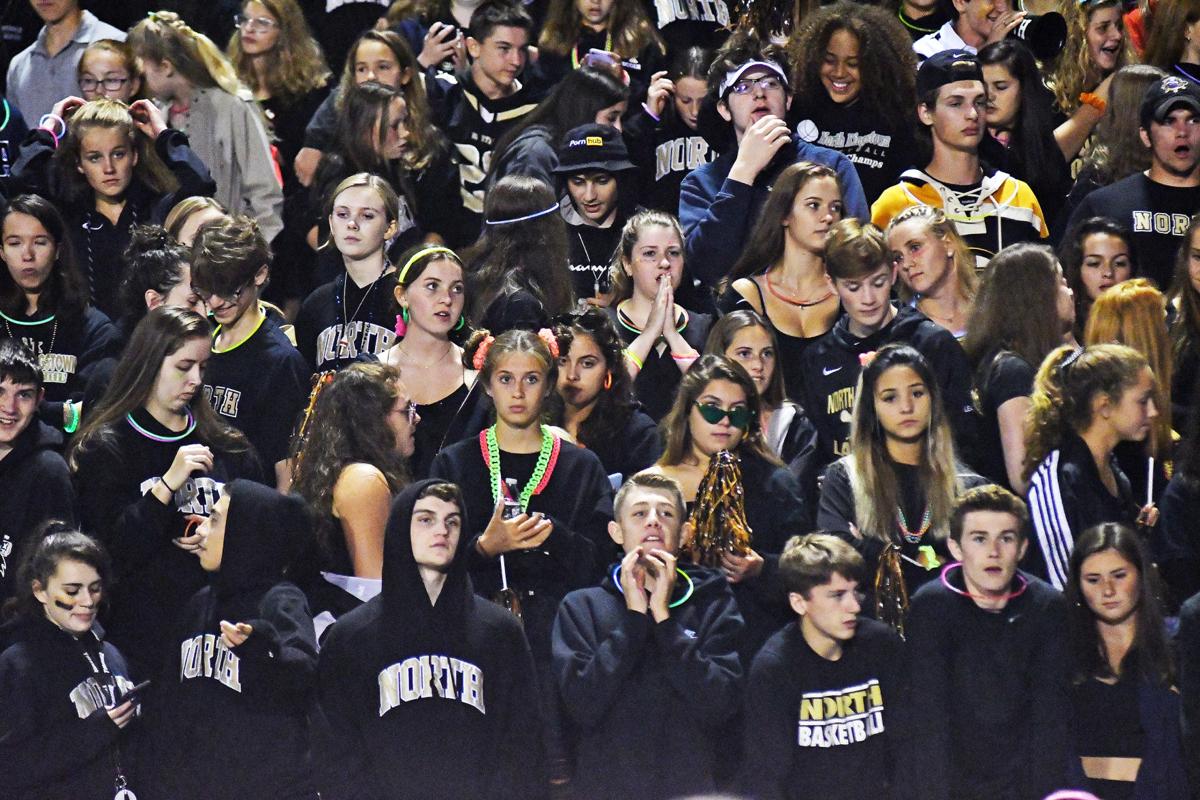 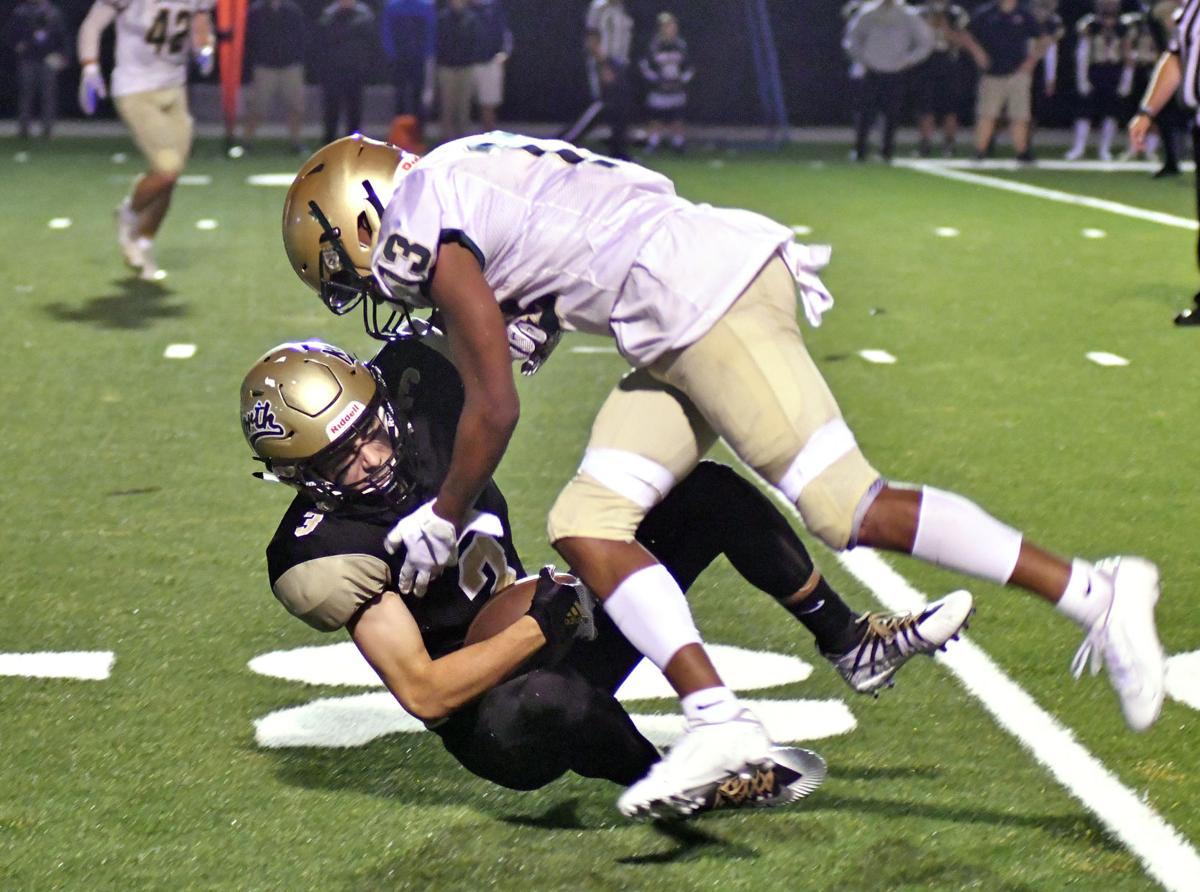 North Kingstown's Edward Cardarelli makes a catch which he ran in for a touchdown during Friday's game against Hendricken at North Kingstown High School.

NORTH KINGSTOWN — The North Kingstown and Bishop Hendricken football teams put on a show in the debut of the new turf at the Anthony C. Perry Athletic Complex, but the Hawks spoiled the festivities for the home team with a 42-34 victory on Friday night.

In front of a huge crowd estimated at 2,500, the Skippers rallied several times after the Hawks had threatened to pull away, but they couldn’t get over the hump.

“Our kids really grew up,” North Kingstown head coach Joe Gilmartin said. “They had several opportunities where they could quit. And they came together. They didn’t fall apart and they never gave up. They fought to the last snap and you can’t ask for much more than that. And that’s the class of the state right there and I thought we hung with them pretty well.”

The Hawks’ first touchdown came on a third-and-8, when Comella passed up the middle to Sanchez for a 42-yard score. Cole Peterson added the extra point to make it 7-0 with 7:57 remaining in the first quarter.

With 10:49 left in the second quarter, North Kingstown would also connect on a third-and-8, when Osmanski and Shane Kenyon hooked up on a 9-yard touchdown pass that evened the game at 7-7, following a Max Rome extra point.

Hendricken drew a 14-7 advantage with 4:05 remaining in the half after Sanchez heaved a halfback pass to Andrew Noland for a 33-yard score. Then, with 2:22 remaining in the half, North Kingstown tied the game at 14 when Osmanski tossed a 53-yard bomb to Cardarelli for a touchdown.

However, during the ensuing kickoff, Hendricken’s Noah Dogon returned the ball 78 yards before he was knocked out of bounds at the North Kingstown 5-yard line. Two plays later, Comella ran a keeper, 1 yard,up the gut and into pay dirt to give the Hawks a 21-14 lead heading into halftime and sap North Kingstown’s momentum.

“They’re good,” Gilmartin said of the Hawks. “They’re super deep. They’re talented. They’re fast and they made some big plays. And that kickoff at the end of the first half was a killer. That’s a play that shouldn’t happen. There were two minutes left, we kick it on the ground and we let the kid out.”

But with 5:01 left, Hendricken extended its margin to 42-28 when Nic Comella broke a 31-yard touchdown run. The Skippers made one more push with just 25 seconds to play, when Osmanski threw a pass 20 yards to Tyler Pezza, who made a circus catch in double coverage for a touchdown. Hendricken covered North Kingstown’s onside kick attempt to seal the victory.

North Kingstown falls to 1-1 in league play with the loss and now heads to East Providence on Saturday.