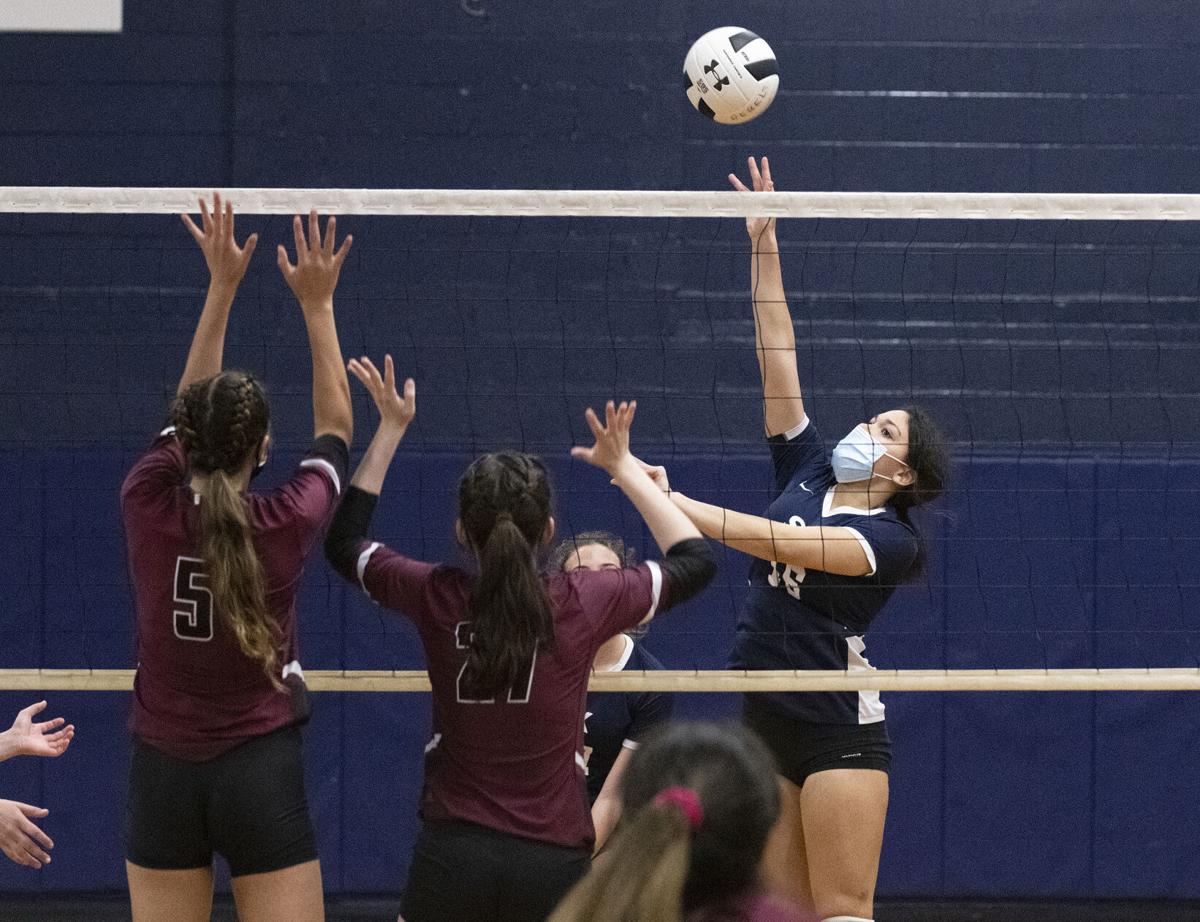 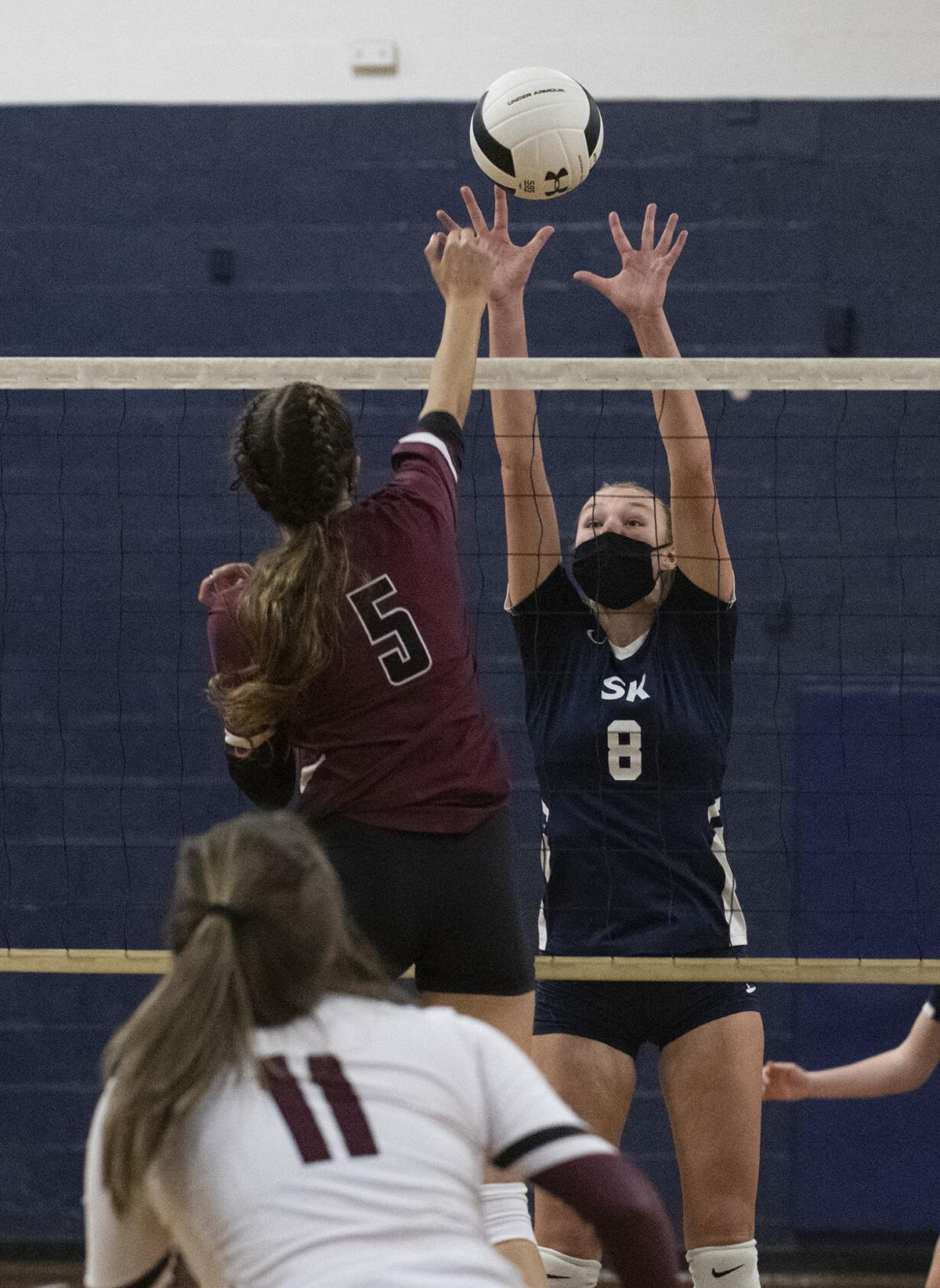 SOUTH KINGSTOWN — Aiming to pick up where it left off in a strong 2019 season, the South Kingstown High School girls volleyball team is first trying to get back on course.

The Rebels were sidelined for a week in the preseason due to COVID-19 protocols and had their first two games postponed. They returned for just one practice before last Thursday’s season opener. La Salle, another contender, was well-positioned to take advantage of the Rebels’ rust and swept to a 25-19, 25-16, 25-19 victory.

“We focus a lot on technique and you need a lot of practice time to do that. We just haven’t had that,” head coach Jackie Elmer said. “Plus, we had to keep a small team. But everybody’s in the same boat. We’ll get through it.”

The Rebels return a strong core from last year’s team, which went 14-2 in the regular season, losing only to eventual state champion North Kingstown. They advanced to the semifinals of the Division I playoffs, where they lost to La Salle. Only two contributors – second-team all-state hitter Hannah Brock and libero Madison Iemma – graduated, leaving a strong cast of experienced players. First-team all-state outside hitter Chloe Greene returns, as does second-team all-state middle blocker Carly Tomlinson. Setter Ellie Little is back along with Natalia Maccarone, Courtney Essex and Ava Wentworth, who bring firepower up front. Senior Cody Louzon is handling libero duties. Lauren Moniz and Liz Maciocio have been coming off the bench.

“It’s a pretty similar group,” Elmer said. “Hannah was a very steady outside hitter, but we have a lot of kids back.”

The preseason break was tough to manage. The first week of practice was dedicated to tryouts. The varsity team got only a handful of actual practices in before entering quarantine. A tough first opponent added to the difficulty, and the Rebels seemed to be on their heels.

“I was surprised the energy level wasn’t there because I thought they would be excited to play,” Elmer said. “I thought we passed pretty well, but we didn’t transition very well so we got caught on our heels a lot and gave them a lot of free balls. And La Salle played well.”

South Kingstown led 4-3 in the opening set before La Salle won 10 of the next 11 points, with a kill by Maccarone accounting for the Rebels’ only point in that stretch. The Rebels outscored the Rams over the rest of the set but not by enough to overcome the deficit.

La Salle built an early lead in game two and stayed in front throughout. Winning six out of seven midway through the game gave the Rams an eight-point lead, which they nursed to the finish line.

The third set provided some reasons for optimism for the Rebels. Two kills and two aces by Greene gave South Kingstown a 7-3 lead. La Salle won nine of the next 10 points, but the Rebels responded with five straight points, keyed by two Tomlinson aces. The game went back-and-forth up to 17-17 before the Rams pulled away with six consecutive points. A kill and an ace by Greene kept hope alive for the Rebels, making it 23-19, but a net violation on South Kingstown and a kill by Jayla Wilson gave the Rams the match.

“Our energy level was not there at the beginning. It seemed to come on at the end, so that’s good for the future,” Elmer said. “I think Chloe really decided to take more of a leadership role, which is something I’m going to talk to her about. She needs to do that all the time. She passed well the whole game, but she started hitting well and serving well once she got it going.

The Rebels returned to action on Monday and lost a 3-2 decision to Mount St. Charles, rallying from a 2-0 hole to force a fifth set but falling 15-10 in the decisive game.

They were set to face Cranston East on Wednesday.

“I don’t really know that else is out there,” Elmer said. “I can’t make expectations. And we already had two games canceled. But I just feel like we’re lucky to be playing at all, so let’s just play and have a good time.”