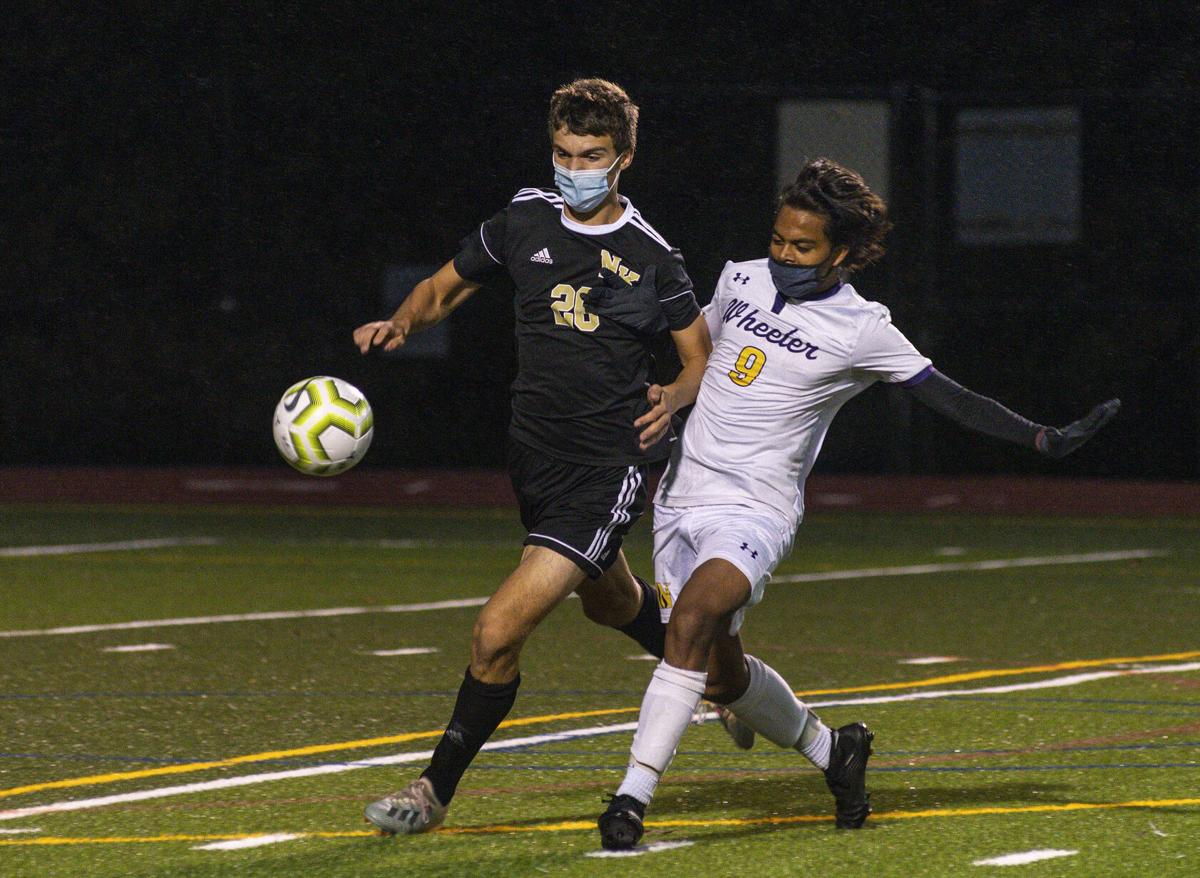 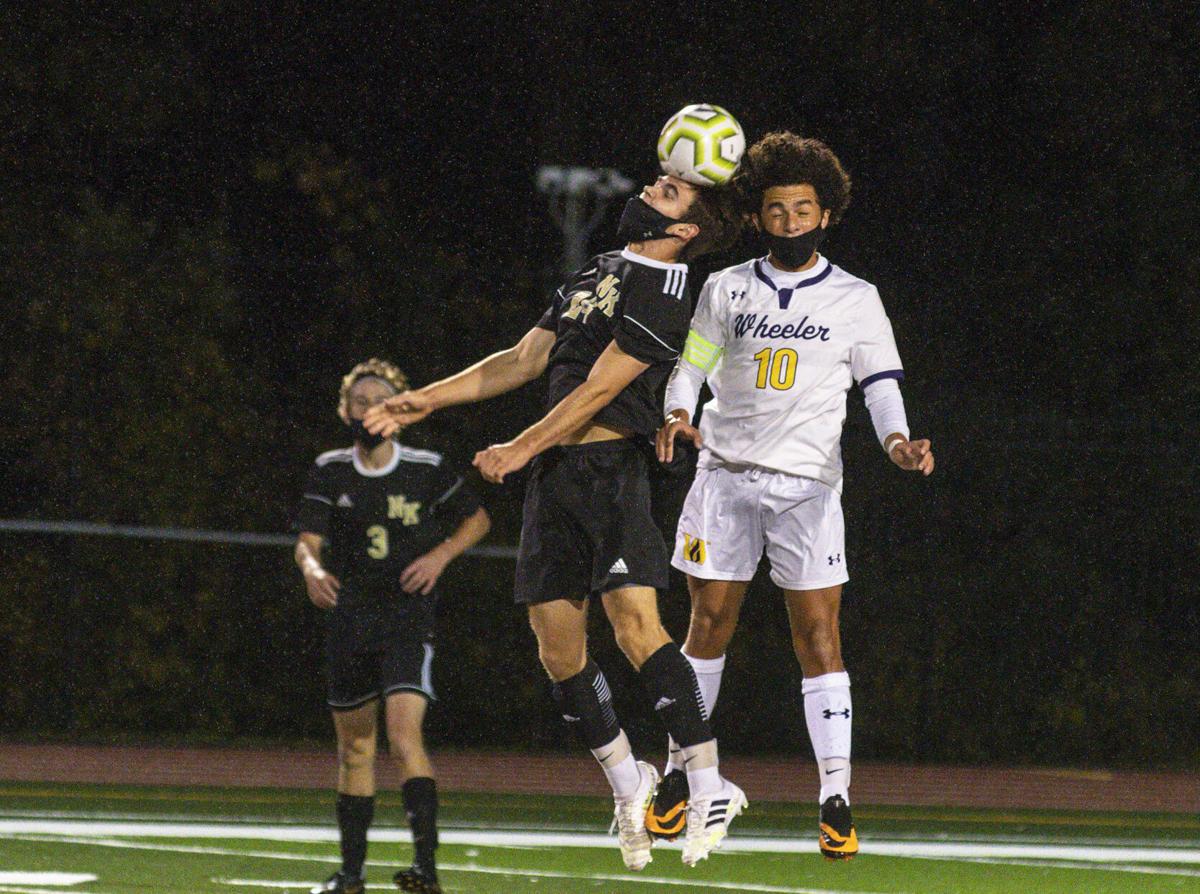 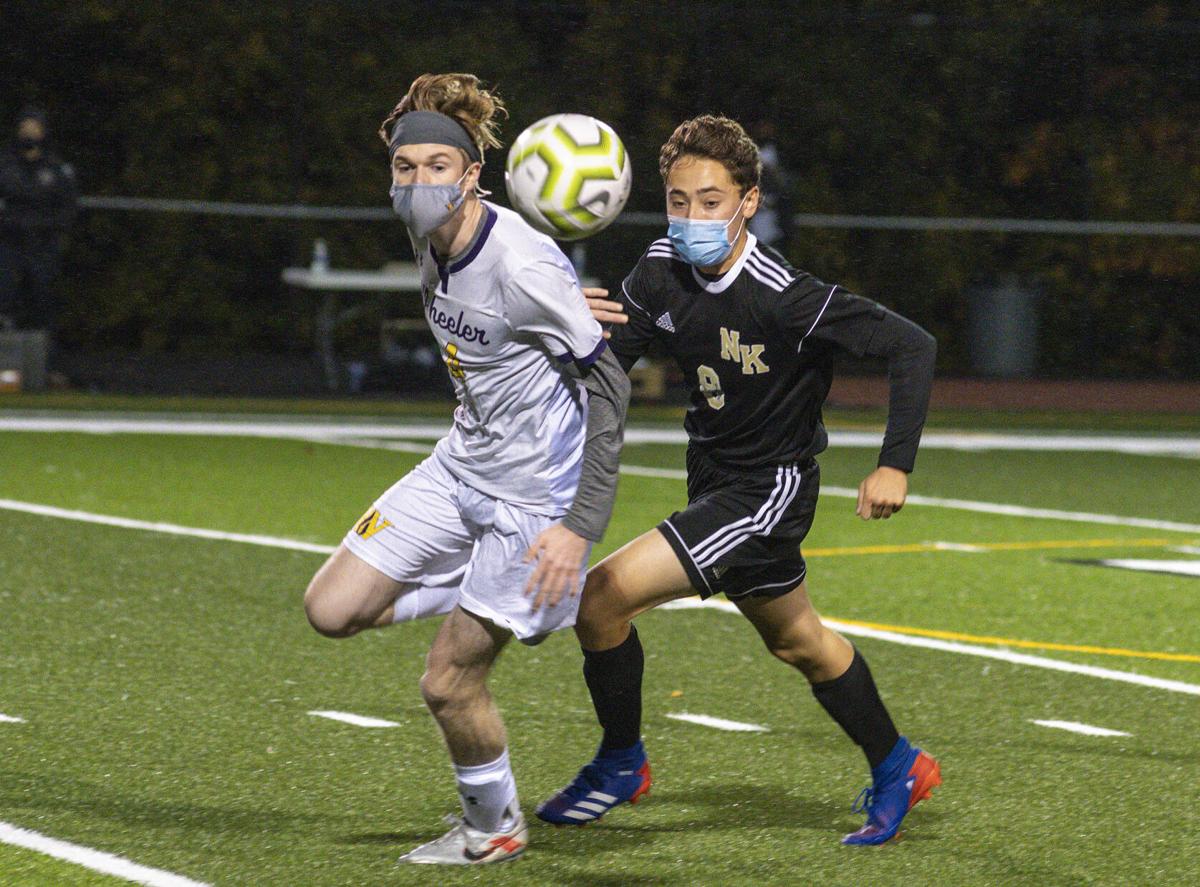 NORTH KINGSTOWN — Given the challenges of improving in a short season, the North Kingstown High School boys soccer team was happy to get a test and a win all at once.

Senior Nick Neville broke a deadlock in the 77th minute as the Skippers outlasted Wheeler 3-2 in their home opener on Friday night at the Anthony C. Perry Complex.

“Happy that we stayed with it and kept fighting,” head coach Paul Fanning said. “I don’t think we played kind of calm tonight or made smart decisions. But it’s a great character builder for the second game of the season to have to fight this hard. It’s not anything you can replicate, especially when you don’t have any preseason games. It’s probably a really good gift that way.”

The Skippers are now 2-0, having beaten Moses Brown in their opener on Oct. 10. It’s a good start for a team that is sorting things out on the fly. Last year’s run to first place and the top seed in the Division I playoffs was powered in part by a big senior class. The new group features a few veterans, several younger standouts who made a splash last year and a large group of seniors who haven’t had all that much playing time over the years.

Friday’s game featured a fast start for the Skippers, who took a 1-0 lead on a goal by Ryan DeLessio in the fourth minute.

On the bench, the coaching staff wished the start had been even faster. Wheeler is making the move up to Division I this year, after a strong run in Division II, and they got up to speed quickly against the Skippers.

“We kind of missed our chances early, when they were still adjusting to the speed,” Fanning said. “We got behind them pretty easily for about 10 minutes. We really should have scored two or three goals there. That’s what this group has to learn – that’s how you control the game. When that doesn’t happen, they grow in confidence. They started moving the ball their way, their style and they got back into it. They’re a very tough team and we’re lucky we were able to hang on, because they were a lot smarter for a good chunk of it.”

Wheeler tied the game in the final minute of the first half on a free kick by Travis Cobain. The Skippers answered early in the second, as Connor Froberg converted a penalty kick in the fourth minute after a foul in the box. Once more, Wheeler pulled back to even in the 52nd minute. North Kingstown staved off a couple of chances from there as the defense and goalie Pedro Barajas held strong.

“We knew they were one of the better teams in D-II last year,” Fanning said. “We played them in the preseason last year so we knew what they were about. They’re a really intelligent team and they move the ball well.”

The game remained tied into the final minute when North Kingstown broke through. John Schultz made a run down the right side and slipped a pass back to DeLessio, who ripped a shot from 20 yards out. Wheeler goalie Micah Levanos got a hand on it but didn’t corral it, and Neville popped in the rebound at the far post.

Neville is one of the seniors who was waiting his turn the past few seasons. He had also just subbed in to replace a teammate who received a yellow card. If all the seniors can come through in similar fashion, it bodes well.

“He played a little bit in the first half and then came in for a yellow,” Fanning said. “Big moment for him. He’s a senior and hasn’t always had the most playing time. That was great. That’s what you ask your players to do – be ready and take the chance when it comes.”

The Skippers are carrying their 2-0 mark into a big week. On Wednesday, they were set to face perennial contender Tolman in a non-league game. They’ll visit rival South Kingstown on Saturday at 3 p.m.

“Tolman’s a non-league game this year. We’ll try to take it as a chance to compete, look at some other people, work on some things, so that’s a little different,” Fanning said. “The SK game is huge. Some of the other games, you’re saying, ‘We’ll see how it goes. It’s COVID year.’ But the SK game is always the SK game. That’ll be a big one.”