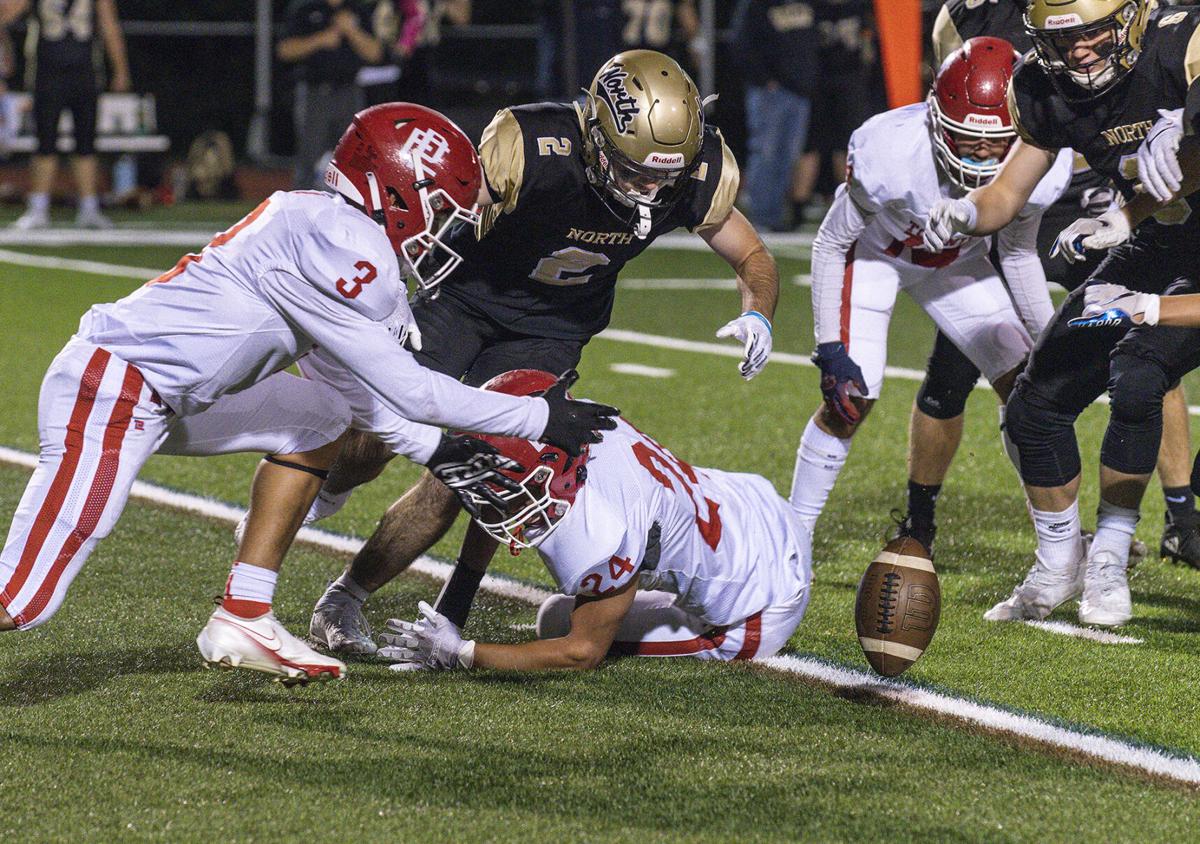 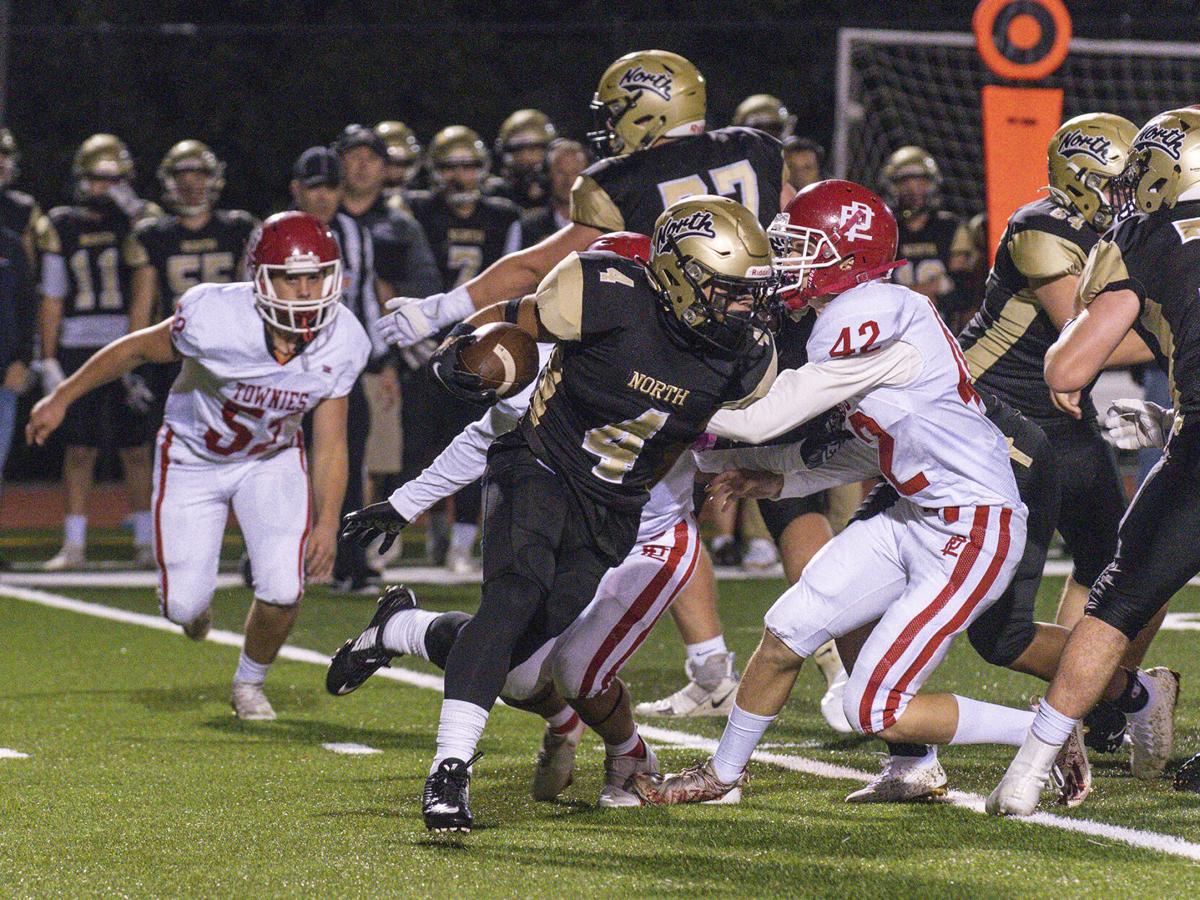 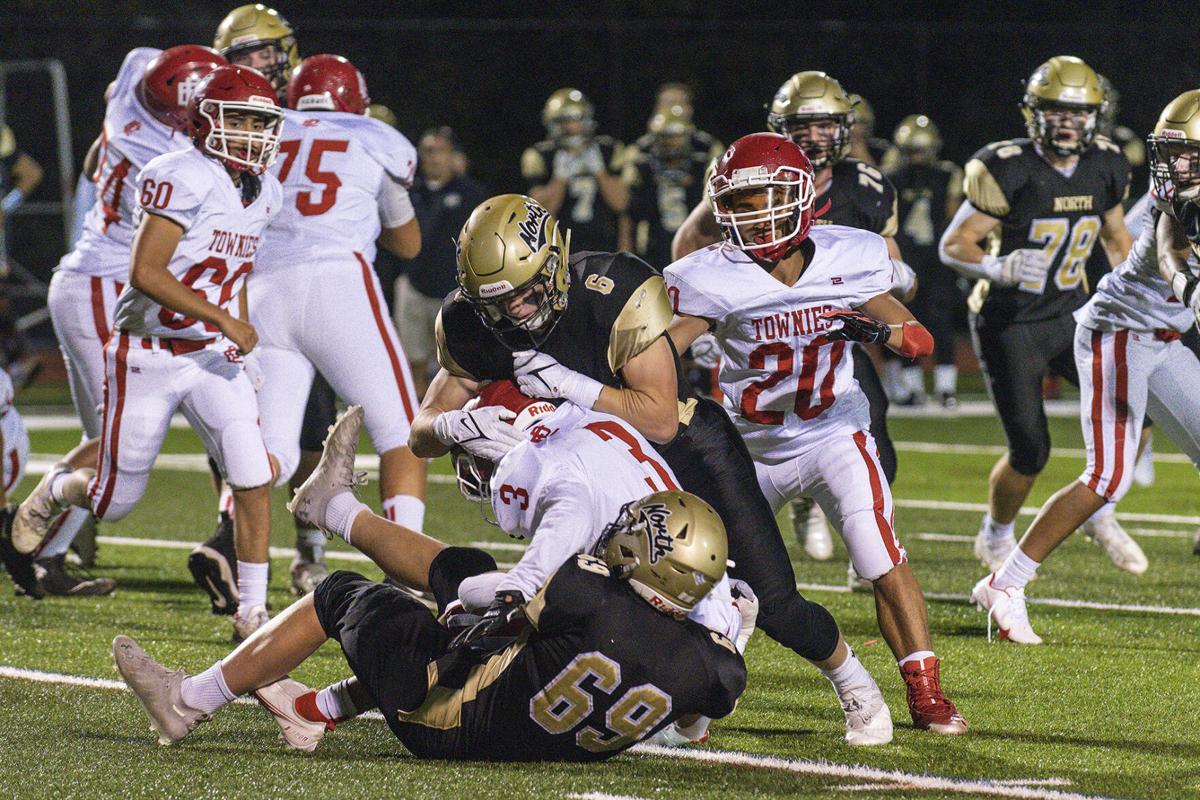 NORTH KINGSTOWN — Not only did the North Kingstown defense allow zero points on Friday night, it also handled most of the scoring.

Keith Mancini returned an interception for a touchdown and a fumble for another score to lead the Skippers past East Providence 17-0 for their third straight win. Defense has defined all three, with the Skippers allowing a total of eight points in league play.

The success marks a shift in identity for the Skippers this season. While young quarterbacks and skill players have led to some bumps in the road for the usually high-flying offense, the more experienced defensive unit has taken center stage. After a loss to St. Raphael in the non-league season opener, the Skippers allowed six points to Burrillville in the league opener, then didn’t give up any offensive points in a 17-2 win over Cranston West, with the only score coming on a safety. Friday’s win over the Townies took it to a new level. With the offense scuffling even more and the East Providence defense playing well, the Skipper defense put points on the board, too.

“Just playing together,” Mancini said. “We had a few key plays we were focused on and everything just came together.”

The game was scoreless for the first two quarters. Each team had a few drives into the other’s territory but couldn’t convert. North Kingstown came up with the most impressive stop, forcing a turnover on downs when the Townies were knocking on the door at the 10-yard line. Andrew Ciarniello added an interception.

“Some people had their heads down, but we just tried to zone in,” Mancini said of the halftime approach. “We said, no matter what, even if we don’t have points, we’re going to keep it a zero on the other side.”

They did that and more. On the third play of the second half, Mancini intercepted Maxwell Wighting’s pass and raced 45 yards the other way for the touchdown. Matt Whitney’s extra point made it 7-0.

Another takeaway set up the game’s only offensive points. T.J. Gormley made a one-handed interception on East Providence’s next drive. The Skippers moved into the red zone before stalling. Whitney drilled a 40-yard field goal to make it 10-0. The senior has now made field goals in consecutive weeks, another weapon for a team that’s winning without a prolific offense.

“He’s been kicking well,” Dempsey said. “It adds another layer to our red zone offense, if we’re struggling.”

The defense delivered one more big play on the Townies’ next possession. Yusef Abdullah fumbled after taking a handoff. Mancini was there to scoop it up, and he took off the other way, returning it 25 yards for a touchdown.

It made for a memorable night for Mancini, a senior cornerback. He has seen some time at receiver in the past, and must have felt like he was back on that side of the ball.

“I just try to help the team as much as possible, wherever they put me,” he said. “No matter what, we always put in 100 percent. It really showed. Our practices this week really helped us win this game.”

Charlie Burke recovered another fumble in the fourth quarter as the Skippers finished off the shutout. The Townies ran only two plays in North Kingstown territory in the second half. They were held to 36 yards of total offense for the game.

“The first game, St. Ray’s, I think we just weren’t ready,” Dempsey said. “The defense has been stepping up. They’re the backbone of our team right now. We’re still looking for our identity, but it’s starting to form into tough defense and being able to run the ball a little bit.”

The Skippers are happy to ride that wave, but they’re also looking for improvement from the offense. Ciarniello and Victor Encarnacion ran the ball well, but the passing game was just a little off, with a number of deep balls narrowly missing the target. Junior Eddie Buehler and sophomore Brayden Rogers both saw time at the quarterback spot.

“The young guys are still developing,” Dempsey said. “We got lucky the past three or four years with Joe Gilmartin, James Osmanski, Donovan Carr. They had a lot of experience. These guys are young. I think once we get the passing game going, we’ll be OK. The O-Line is playing well and we’re running tough. We’re close. We’ve got to keep developing these guys and keep working on that chemistry in the passing game. I’m confident it’ll come.”

With the schedule getting tougher, the Skippers will need the boost. The second half of their league slate features Cumberland, Portsmouth, Shea and La Salle, all of whom are ranked in the top 10 of the Rhode Island Sports Media High School Football Poll.

“We’re really getting into the meat of our schedule – Cumberland, Portsmouth, Shea, La Salle,” Dempsey said. “We’ve got to continue getting better, stop waiting until the second half to get things going, come out fast and get moving right away.”

The Skippers will hit the road to visit Cumberland on Friday at 7 p.m.