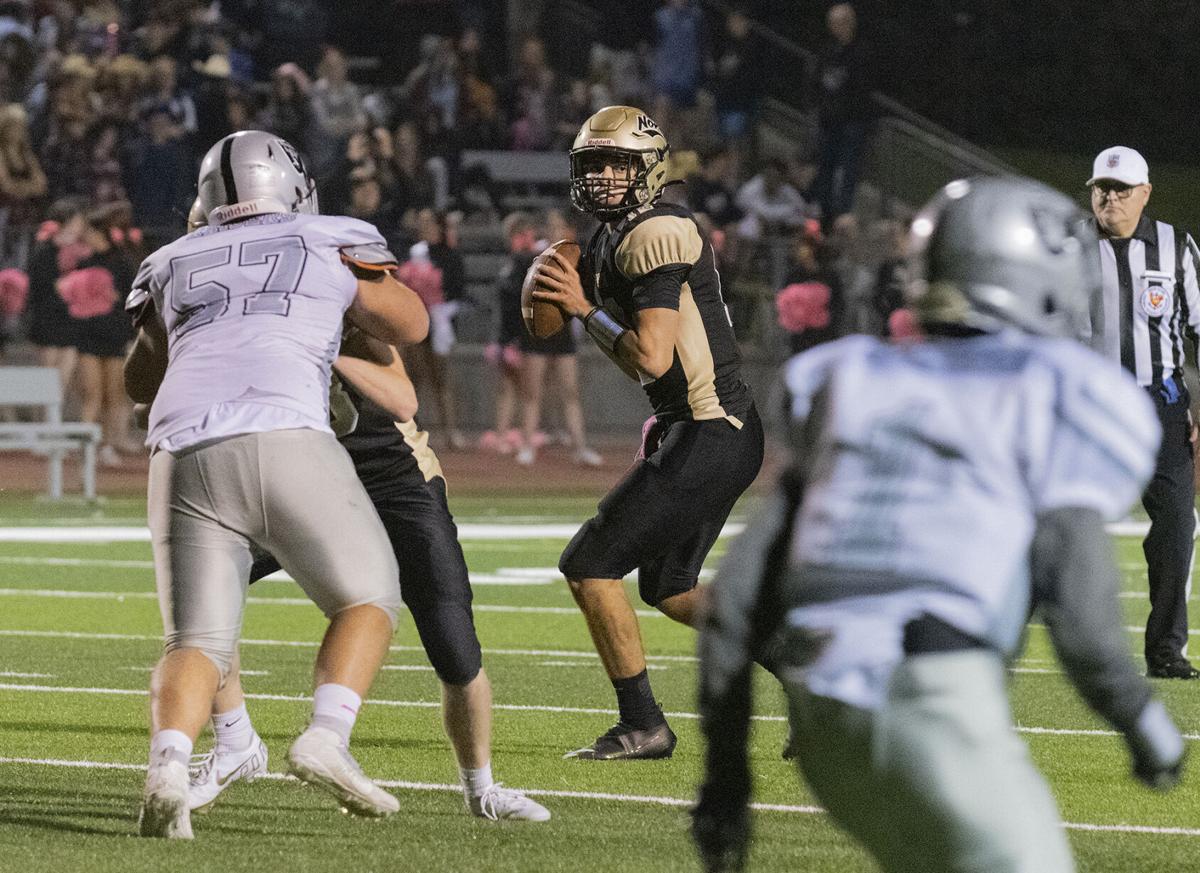 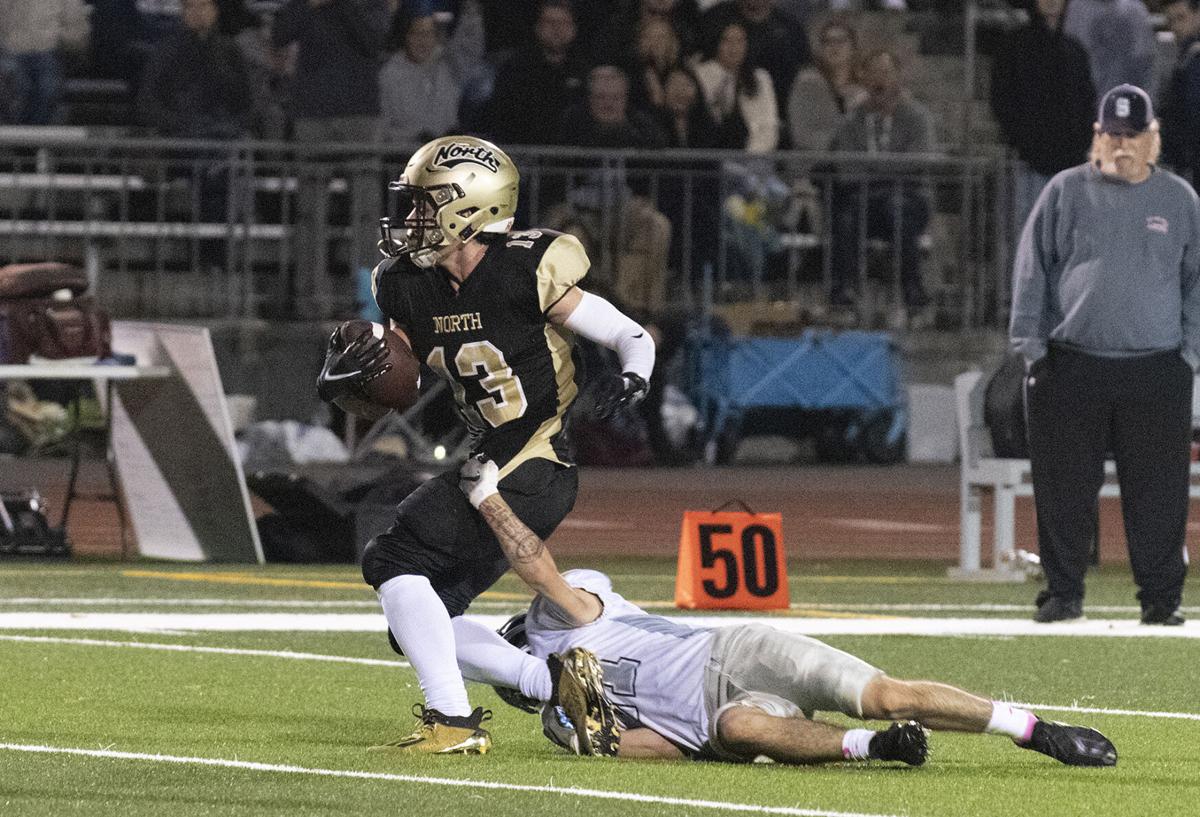 NORTH KINGSTOWN — The North Kingstown High School football team moved to 6-0 in league play last week and is ready to put that perfect mark on the line in a marquee game Friday night.

The Skippers beat Shea 42-18 for their sixth consecutive victory since a loss in the non-league season opener. They’ll chase win number seven against La Salle on Friday in Providence. Both teams have qualified for the state championship playoff bracket, but the game will decide who gets the top seed from Division I-B. Kickoff between the No. 2 Rams and No. 4 Skippers is set for 7 p.m.

“We’ve been looking forward to it all year,” head coach Fran Dempsey said. “They’re good. They’re tough. They’re even better than they were last year. It’s going to be a tough game. We’ve got to be up to the challenge.”

The Skippers were careful not to look ahead, a tempting thought given La Salle’s stature. There was also the possibility of a letdown after a dramatic win over Portsmouth the week before.

“We’re just taking it one game at a time,” senior Nathan Field said. “Can’t overlook anyone.”

“Our coach kept saying, ‘Do not overlook this week,’” said senior defensive end Zach Girioni. “Now we beat them and we have La Salle next. I can’t lie – everyone has been talking about La Salle because they’re the team to beat. But we did a good job honing in our focus on tonight and winning tonight. We were able to come together.”

It was also senior night, and North’s terrific season wasn’t going to be complete without a good performance against the festive backdrop.

“These guys have been a great group,” Dempsey said. “They’ve been focused all season. We’ve had great leadership this year. I thought at the beginning of the season, one of the things that would get us over the hump from where we were last year was going to be good chemistry and good senior leadership. I’ve been nothing but happy with the leadership and how they’ve played each week.”

Junior quarterback Eddie Buehler delivered another strong performance, tossing five touchdown passes and running for another score. He connected with Evan Beattie for a 10-yard touchdown that made it 7-0 just four minutes into the game. A 69-yard catch-and-run touchdown to Keith Mancini made it 14-0.

Shea came back with two straight scores before a wild finish to the first half. The Skippers took over with 1:33 left and marched 85 yards in just 40 seconds, capping the drive with a 27-yard touchdown pass from Buehler to Mancini. The Raiders then returned the ensuing kickoff for a touchdown. Remarkably, there was still more to come. On the first play of North’s next possession, Buehler found Brayden Rogers on a wheel route, and the sophomore rambled 65 yards for a touchdown.

“Getting that next touchdown was huge,” Dempsey said. “Shea had a big momentum swing. We were able to win the momentum back, go into halftime and build from there in the second half.”

The Skippers went to halftime with a 28-18 lead, then dominated the second half. The defense pitched a shutout. Buehler tossed a 30-yard touchdown to Chris Bishop and rumbled into the end zone on a 7-yard scoring run late in the third quarter.

The expanding margin allowed the Skippers to rotate in all of their seniors in the fourth quarter.

“I’m just happy that we got all our guys in,” Girioni said. “That was really awesome to see everyone in.”

Buehler completed 13 of 26 passes for 283 yards and the five touchdowns. He also led the rushing game with 54 yards on six carries. Aidan Nunez totaled 35 yards on five carries. Mancini hauled in four catches for 113 yards and two scores.

Now comes the challenge – and the opportunity – against La Salle. The Rams are 4-0 in league play and have outscored their Division I opponents 165-28.

“We want to go into every game like it’s a one-game season,” Dempsey said. “It’s the next game on our schedule but it’s a big game. We played them tough last year.”

In the spring season, the Skippers had a first-half lead against the Rams but turned the ball over several times and struggled to stop a powerful rushing attack. La Salle went on to a 46-27 win.

Buehler has experience playing against the Rams, having seen his first varsity action in the spring meeting, pressed into duty by an injury to starter Donovan Carr.

Defense will be key, with the Rams pairing their typical power run game with the skillset of budding star quarterback Dean Varrecchione.

“They have a lot of good athletes. I think that’s where they can hurt us,” Nunez said. “We’re a good defensive team and we’ve been stopping the run well, but they have a lot of quick guys who can make moves in the open field. We just need to be a sound tackling team, rally to the ball and play together.”