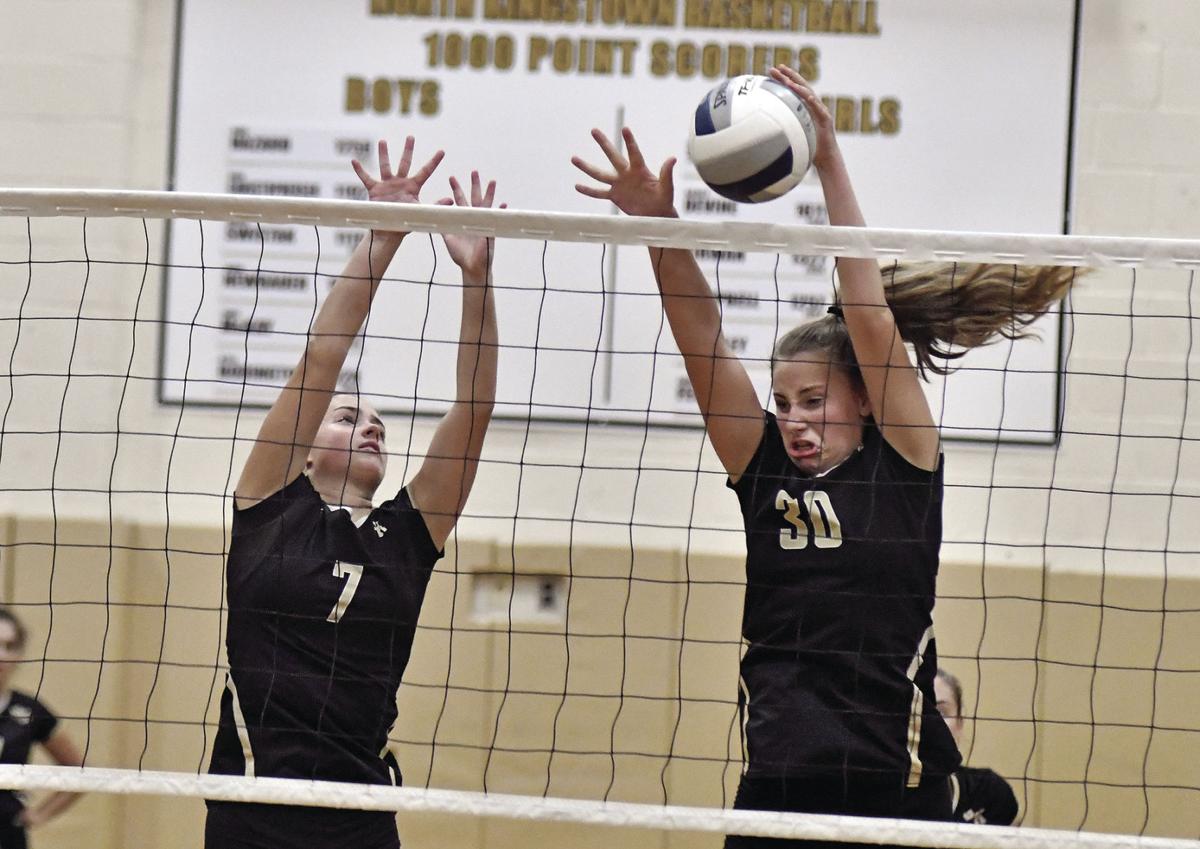 North Kingstown's Ava Mattiucci, left, and Brooke Bolster go up for a block during Tuesday's game against Prout at North Kingstown High School. 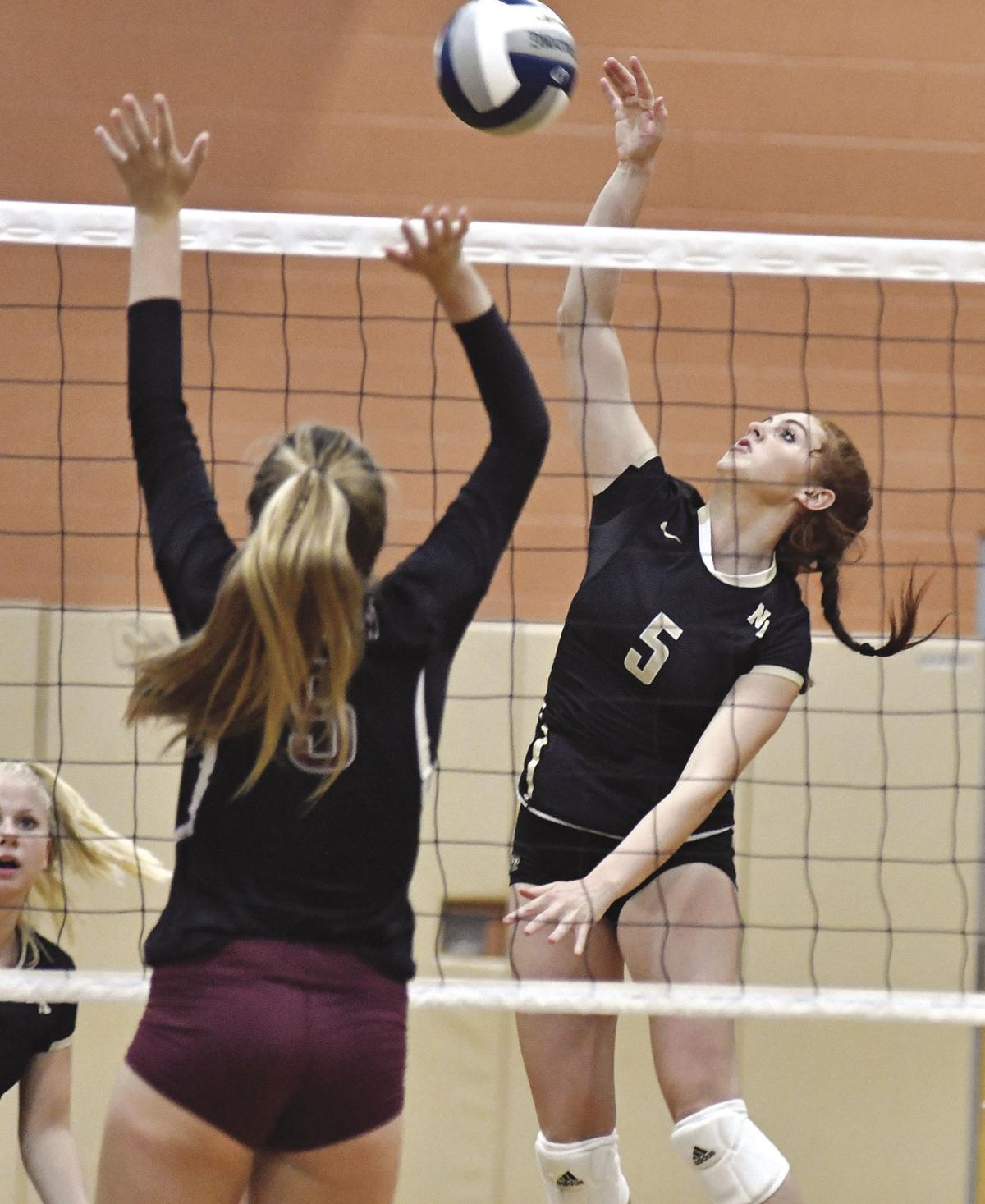 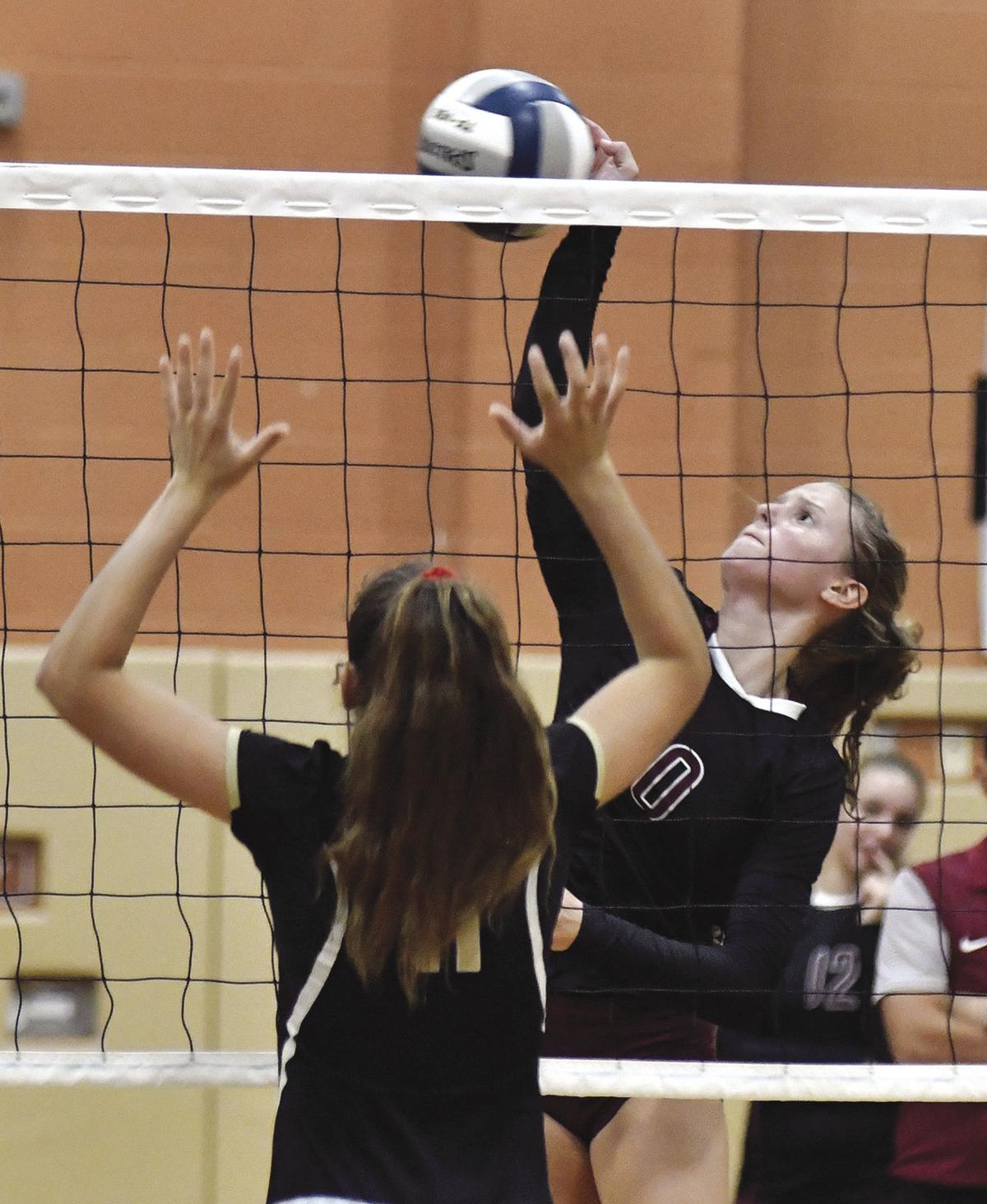 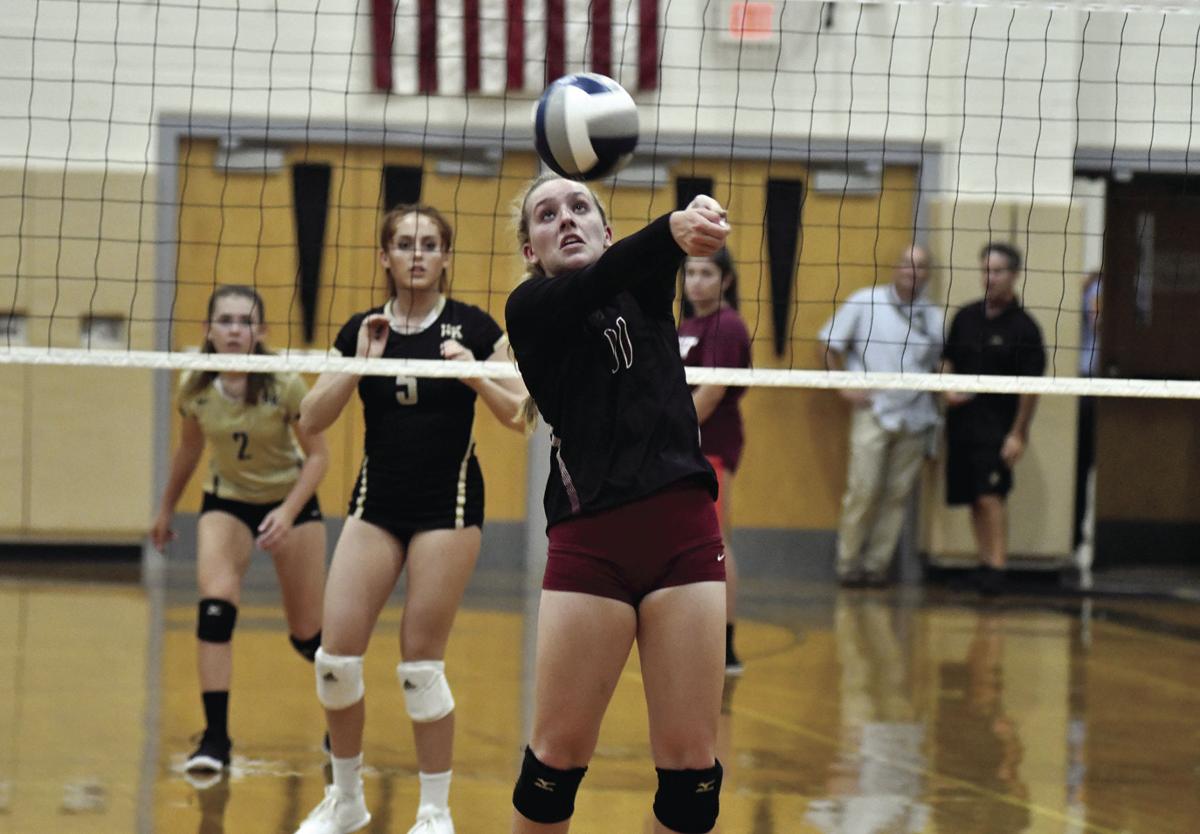 North Kingstown's Ava Mattiucci, left, and Brooke Bolster go up for a block during Tuesday's game against Prout at North Kingstown High School.

NORTH KINGSTOWN — The streak is into a third year for the North Kingstown High School girls volleyball team and the new keepers of it are eager to see it continue.

“We almost have to push them out of the gym after training sessions,” head coach Brian Garrepy said.

The two-time defending state champions haven’t lost a league contest since the 2016 title match. The streak reached 40 last year and is up to 42 so far this year. The Skippers beat Mount St. Charles last week and swept Prout on Tuesday night.

A lot of new faces are on the court, but as has always been the case in the program’s rise, they’re lining up alongside returning stars without missing a beat. Serious depth also remains, with the Skippers trotting out more than a dozen players in the win over Prout.

“We have 19 kids back who were part of either JV or varsity the last few years, all training together,” Garrepy said. “It’s a lot of bodies in the gym, but it helps us. High level of talent, high level of IQ. The kids want to learn and want to play. It makes it easy for us.”

For the Crusaders, the loss dropped their record to 1-2, but the one win was significant. Prout went winless in league play last year. They ended that slide with a 3-0 sweep of Cumberland on Friday, after opening with a loss to La Salle. Seniors Caleigh Caruolo, Victoria Caruolo, Morgan Holubesko and Sarah Walsh are leading the way.

“It was nice,” Prout coach Andrew Bevilacqua said. “Going winless last year and we had a younger group. We have four seniors this year and our junior class is kind of our core group. They’re getting a lot of experience and getting better.”

But like a lot of teams, Prout couldn’t keep up with the Skippers on Tuesday. North Kingstown seemed to put runs together in the blink of an eye. In game one, the Crusaders led 1-0 and trailed 9-3 soon after. The Skippers would win 11 of 12 later in the set. The second game looked like it would be closer when Prout won four straight points – sparked by a Meghan Adams ace – to make it 11-9. The Crusaders would win one more point as North Kingstown won eight and six points in a row. In the third set, North Kingstown opened up a 15-10 game on nine consecutive points, with Jamie Tarbox at the service line. A kill by Clara Oates finished off the match.

“I thought we had good moments tonight but obviously the talent North Kingstown has and the returners that they brought back, you’ve got to play a near-perfect match to beat them,” Bevilacqua said. “They force you into tough situations.”

Bolster is first in line to replace graduated all-staters Meaghan Corkery and Chloe Koehr in the middle. Junior Ava Mattiucci is taking over setting duties, and twin sister Lauryn Mattiucci is seeing time all over the court. The Skippers have also welcomed in Keri Spitler, whose family moved in from Texas. A presence at the net, Spitler joins Sawyer to give the Skippers the best one-two punch in the state.

The Skippers know they’ll get some challenges along the way, but they’re ready to meet them head on.

“It’s a great group of kids,” Garrepy said. “Talent-wise, personality, work ethic, and I’ve said it before, this is the scrappiest team we’ve had. They want to play and pick up everything. It’s a constant desire to want to play.”

North Kingstown will be back in action tonight against Ponaganset. Prout takes on Barrington Friday, with a few more lessons learned after Tuesday’s loss.

“If we can improve our ball control and we’re not missing serves, I think we can compete with a lot of teams,” Bevilacqua said. “We’re hoping to make it back to the playoffs. One step at a time. Obviously, getting that first win was a good start. We’re good enough where we can take that next step. Everyday, they come in and work hard. They’re getting better. We’ve just got to control the things we can control on our side of the net.”