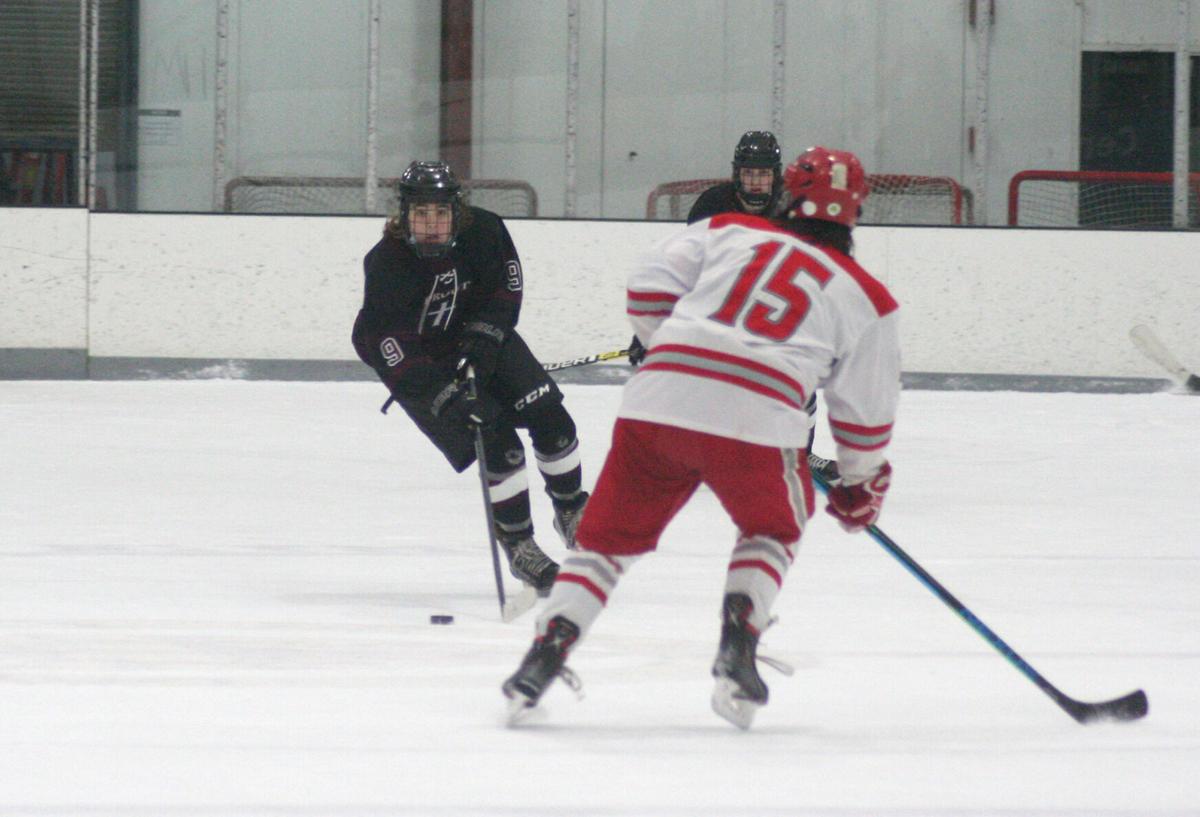 Prout's Aidan Forcier brings the puck up the ice. 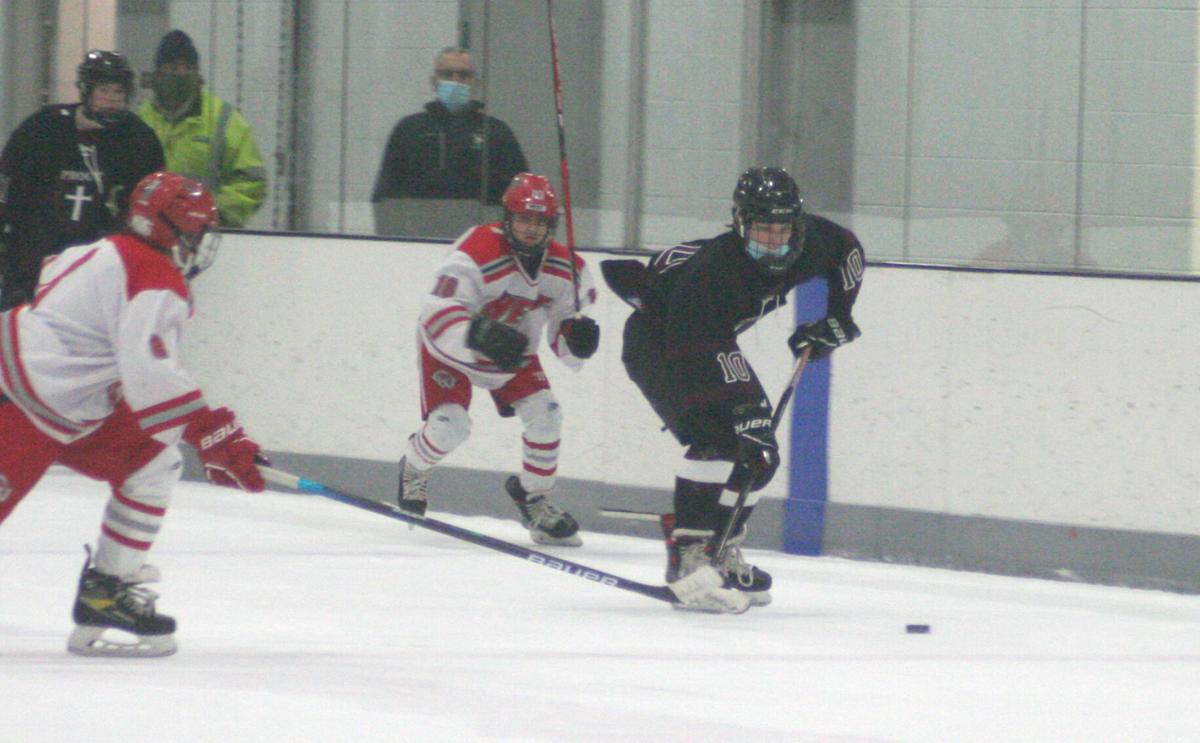 Prout's Aidan Forcier brings the puck up the ice.

WEST WARWICK — A few teams pulled out in the days leading up to the Crusader Christmas Classic, but the third annual event went well with the smaller field and culminated in a win by the hosts.

Prout beat Cranston 4-1 last Wednesday at the Benny Magiera Rink on the final day of the tournament. The Crusaders finished 1-2 in the round-robin format. Though no champion was crowned due to the smaller field, Dighton-Rehoboth (Massachusetts) was the de facto top team after going 3-0, finishing with a win over St. Rita’s (Illinois).

“It was really good to get the tournament back and get everything in,” said Prout head coach John Gaffney. “I think the kids enjoyed it. It was a void last year. All the coaches I’ve talked to, it’s much better just to play this time of year than to have practice three days in a row. It’s what the kids want to do.”

The tournament returned after a year away due to COVID-19 but was still not free of the impacts. With rising case counts around the region, four teams withdrew from the tournament just before Christmas. Out-of-state teams Calvert Hall (Maryland) and St. Anthony (New York), and Rhode Island squads Rogers/Middletown/Rocky Hill and Portsmouth had been slated to round out the field. The new four-team bracket had three games for each team.

“St. Rita’s played really well. I think they ran out of steam a little bit. But Dighton-Rehoboth was good,” Gaffney said. “They looked like they got better as the tournament went on. I’ve been working on them for a while. Their coach used to coach La Salle back in the early 2000s. We’ve been trying to get a non-league game with them, but we got them into the tournament this year, so that was great.”

For Prout, the tournament was another opportunity to gain experience before Division I play hits high gear over the next two months. The team’s young lineup excelled in the final game of the event, with freshmen accounting for all of the goals.

“Four freshmen scorers. That’s good moving forward, for sure,” Gaffney said. “With having only four underclassmen, it’s all about reps for us. Those sophomores and freshmen, they’ve just got to get out there and play. It’s a good time of year – go out and have fun.”

Aidan Forcier continued a strong start to his high school career with the game’s first goal. Off a turnover in the neutral zone, he weaved his way toward the net and finished for the 1-0 lead just over two minutes into the game. Another two minutes after that, Daniel Morrison knocked home a rebound to put the Crusaders up 2-0. Drew Nowell had the assist.

Cranston, the reigning Division II champion, didn’t go quietly, getting a goal from Mark Cicerone early in the second period to make it a 2-1 game. Other chances followed, but Prout snuffed them out thanks to strong play in net by Owen Glass, who finished with 14 saves, several on shots from point-blank range.

“We’re around the net a lot, but there’s not a lot of finish. We’ve got to work on goal scoring,” Gaffney said. “I thought we defended better today. And Owen I think is feeling a little better than he was a week ago.”

Prout put the game away early in the third period when Forcier and Caleb Burnett broke loose on an odd-man rush. Burnett lit the lamp to make it 3-1. The finishing touch came on a pretty goal by Max Costello in the final minute. Billy Costello and Cole Weathers tallied assists.

The Crusaders were slated to resume league play Jan. 5, but their game with Mount St. Charles on that day has been postponed. The next scheduled game is Jan. 14 against East Greenwich.

“Team identity stuff, getting back to what we’re good at it,” Gaffney said of the focus going forward. “We really emphasized dump and chase and not trying to be cute with the puck. That’s what we do. That’s a winning recipe for us, just getting in and going after it. Obviously, goal scoring and brushing up on the power play, too. The power play has got to be good for us because we may not score that much off five-on-five. We’re minus-22 goals against in nine games. It’s an uphill battle. We’re not going to get all those back in one game, but we’ve got to chip away and keep games close. That’s what we’ve stressed with them, too. And winning cures a lot – guys are feeling good about themselves.”