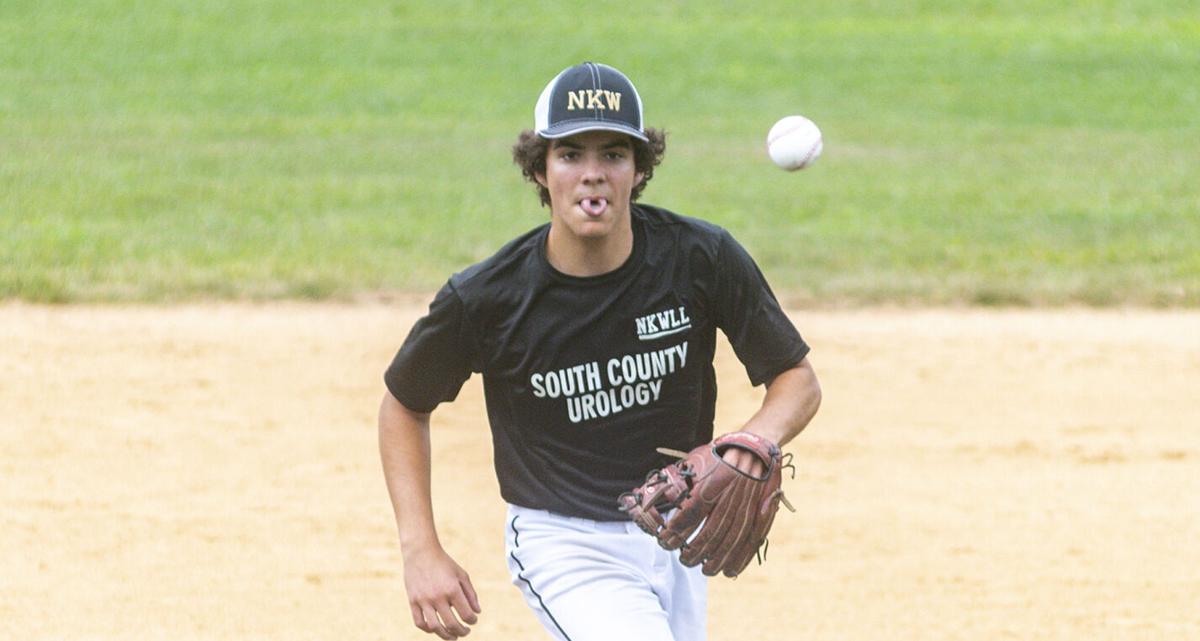 North Kingstown's Braeden Perry makes a play at third base during Saturday's game against South Kingstown at Lischio Field. 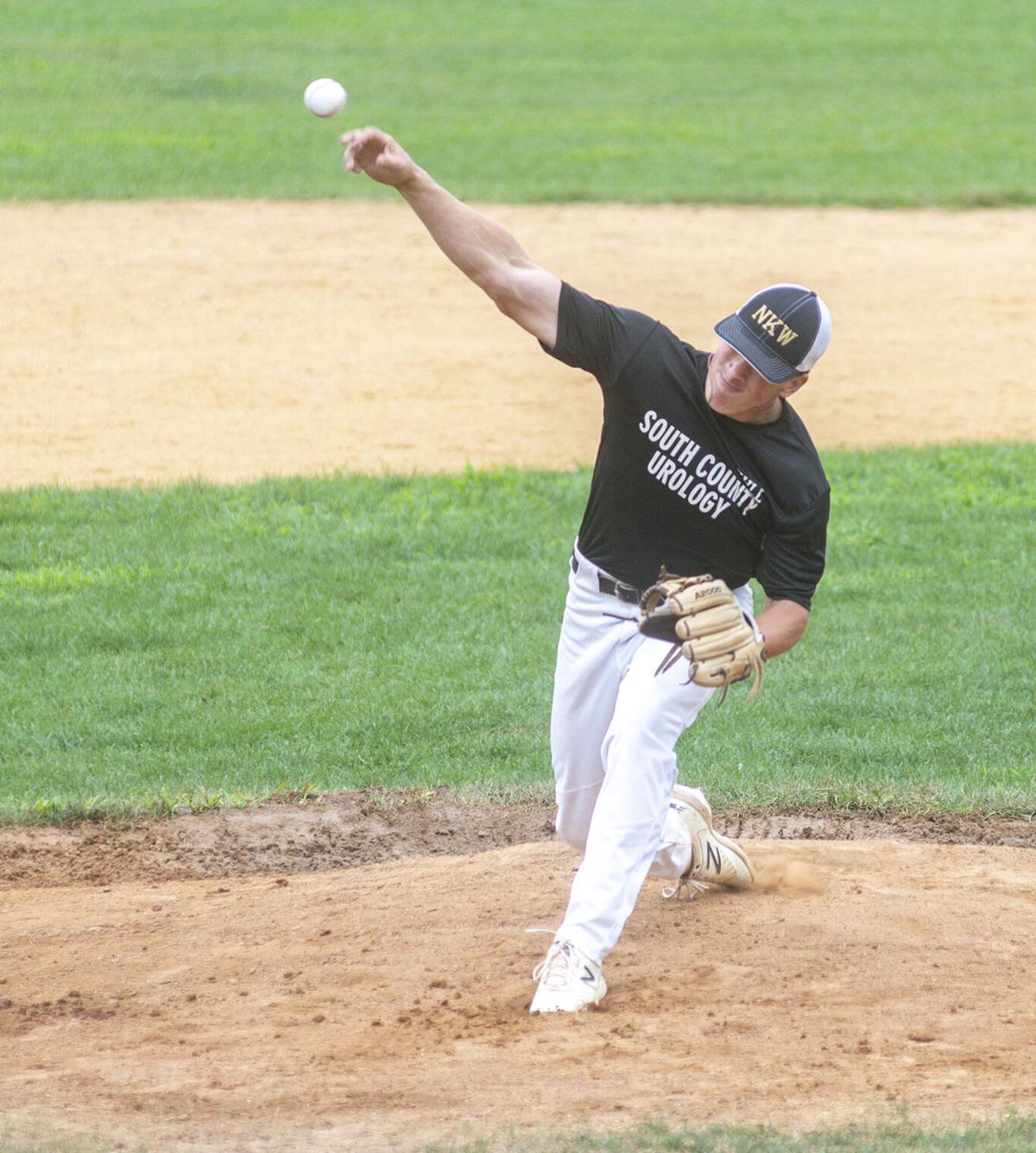 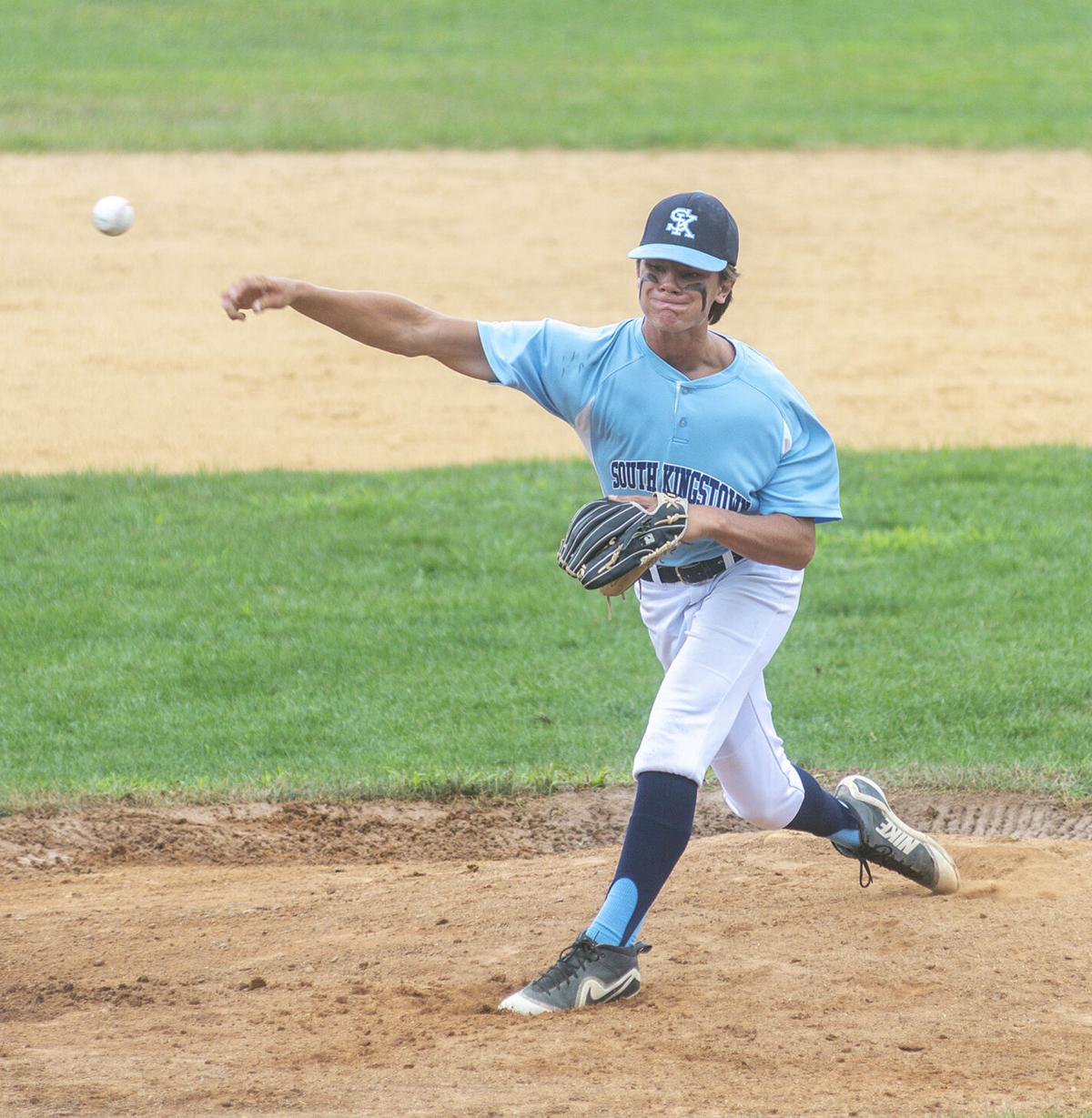 North Kingstown's Braeden Perry makes a play at third base during Saturday's game against South Kingstown at Lischio Field.

NORTH KINGSTOWN — North Kingstown/Wickford Little League’s Senior Division club made up for lost time this summer – and didn’t lose anything else.

The team took District 3 by storm in the pandemic-modified season, capping an undefeated ride with an 8-2 victory over South Kingstown in the district championship on Saturday at Lischio Field.

“From the very first practice, coach [Rob] Perry and I made it very clear that, ‘Yes, it’s summer league baseball. But let’s take it like it’s our JV year. Let’s come to practice just like it was a high school season, take our BP, learn our offensive and defensive plays,’” manager Bill Brew said. “Not to just show up and play baseball, but to try to get that year back. And they bought in right away.”

The Senior Division season usually includes in-house games followed by all-star district, state and regional tournaments. That calendar was wiped out by the effects of the pandemic, with the spring high school season canceled and Little League pushed back from its usual April start date to July. For the Senior Division in District 3, leagues also adjusted into an inter-league model.

“It’s a tough time in the world right now and these guys lost their freshman or sophomore season, so we were fortunate to be able to get a season in,” Brew said.

Sponsored by South County Urology, the NKW team went 10-0 in the regular season but needed to dig deep to stay perfect in the playoffs against Coventry and South Kingstown. The South Kingstown squad featured many of the players who were members of the Senior Division District 3 all-star champions last year.

The semifinal game against Coventry last week was suspended due to darkness with the teams locked in a 3-3 tie. Making quick work of the resumption of the game last Friday, NKW kept Coventry off the board in the top of the seventh inning and won it 4-3 in the bottom half on a walk-off hit by Will Draper.

South Kingstown struck first in the championship game. A single by Noah Brunelli and a walk to Colin Masseur set Brunelli up to score on an error in the top of the second inning. NKW answered quickly as Evan Beattie led off the bottom of the second with a double, moved to third on a base hit by Draper and scored on a Brady Spitzer sacrifice fly.

On the mound, Beattie settled in for two scoreless frames before NKW took control in the bottom of the fourth. Three hits, four walks and a hit batter led to a five-run burst. Andrew Ciarniello started the rally with a one-out double. Will Brew and Josh Lincourt walked to load the bases. Beattie was ht by a pitch to force in the go-ahead run and Braeden Perry followed with a double to deep right field that plated two runs. After a walk to Draper, Sam Northrup delivered a two-run single that made it 6-1. NKW added single runs in the fifth and sixth innings. A parade of walks in the fifth culminated with Harry Roby scoring to make it 7-1. In the sixth, Perry walked and later came around on a throwing error.

“That’s kind of been our MO. We knew our pitching was going to be there. The question was our bats,” Bill Brew said. “We got the one early, kind of gives everybody a deep breath. And then we were fortunate to break it open a little bit. It gave us a little breathing room and the kids took care of it from there.”

Armed with the lead, Beattie allowed just two more hits in six strong innings. South Kingstown managed only a run in the fifth on a single by Masseur, a double by Koko Kassabian and an RBI groundout by Bodhi Parks. Beattie retired the last five batters he faced.

“He did that all year. He really committed to throwing strikes. When you get strike one, it opens up everything else,” Brew said. “He had a great defense behind him and he really trusted them and pitched to contact. He does get it up there. He’s got some pace on his fastball. When he can establish his fastball, he’s tough.”

Lincourt finished the job with a perfect seventh and NKW celebrated the title.

For many of the players, a championship is nothing new, with Wickford Middle School’s 2019 title on their resume. Given the backdrop, this year’s title run was unique.

“I’ve been fortunate to coach most of them, and a lot of them were on my middle school team a couple of years ago,” Brew said. “They kind of knew this wasn’t just about coming out and having fun. We wanted to have fun, but we didn’t want to lose that year. It’s a big year for development for these guys. Their sophomore and junior year, it starts getting real, and we want them to be ready for that.”