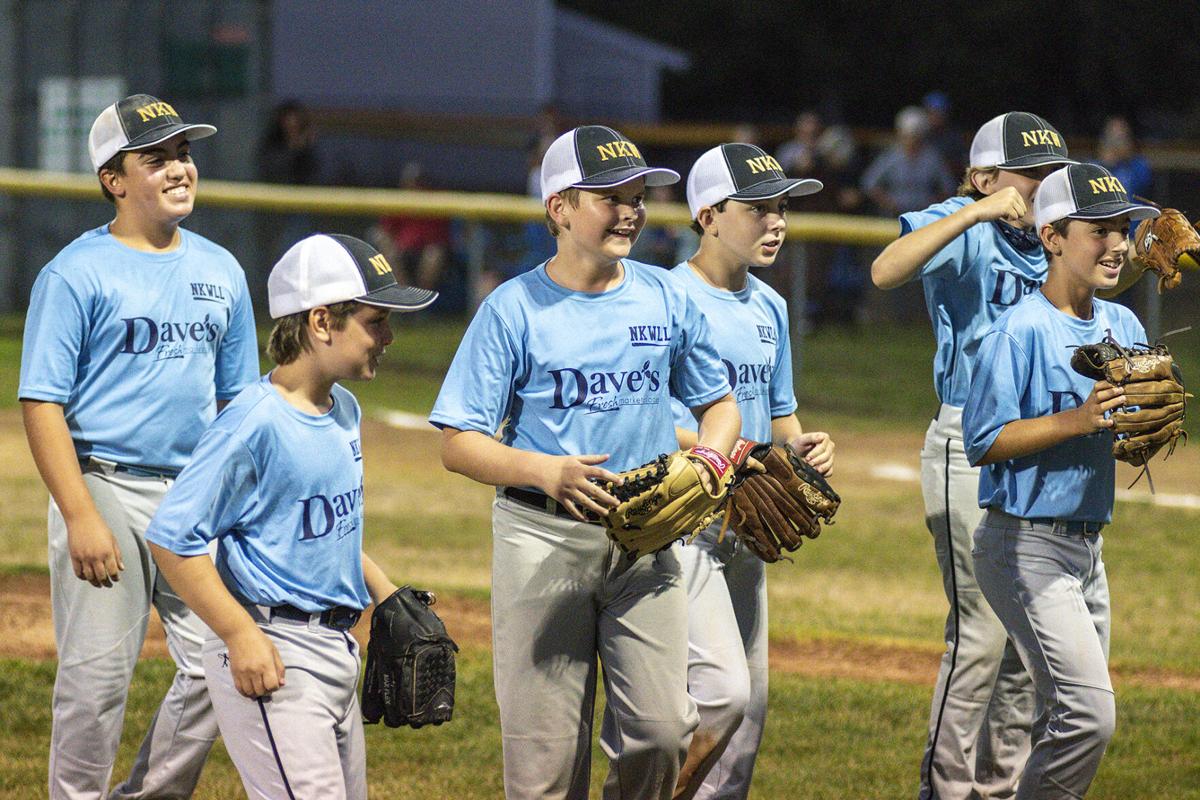 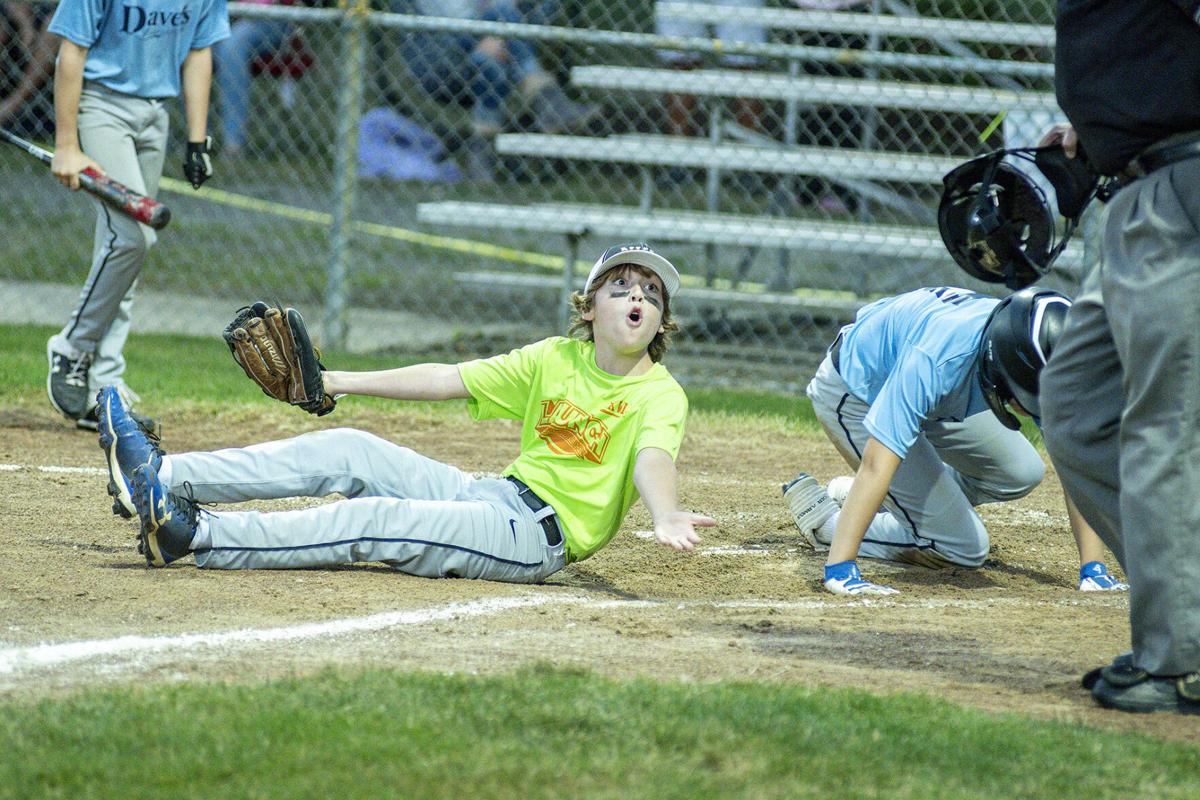 Launch's Jack McGuirl questions the call after a late tag at home plate during a game against Dave's Marketplace at Wilson Park on Aug. 19. 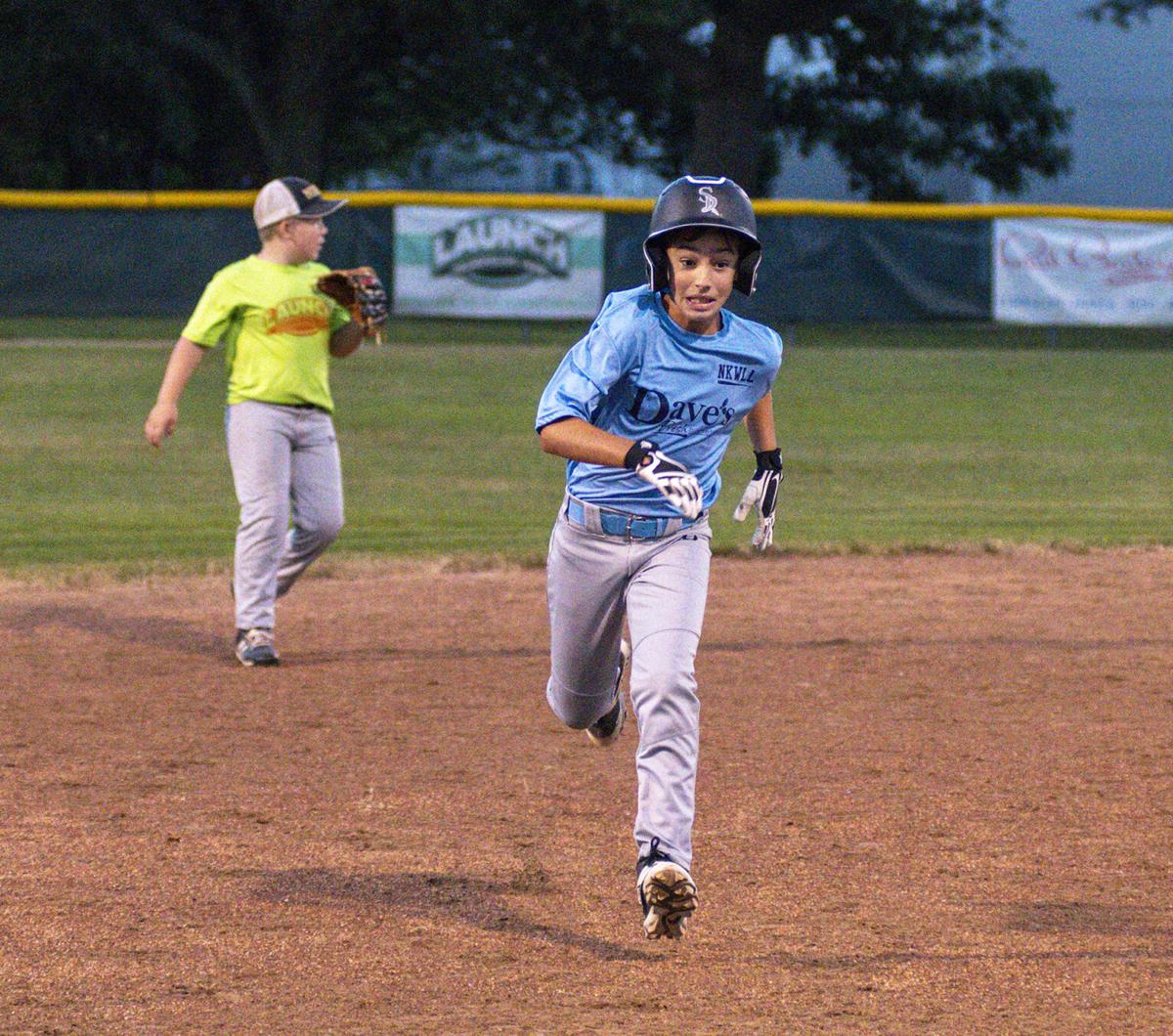 Dave's Marketplace's Ethan Schmitt races to third base during a game against Launch at Wilson Park on Aug. 19.

Launch's Jack McGuirl questions the call after a late tag at home plate during a game against Dave's Marketplace at Wilson Park on Aug. 19.

Dave's Marketplace's Ethan Schmitt races to third base during a game against Launch at Wilson Park on Aug. 19.

“It was a battle,” Dave’s manager Dino Ciarniello said. “It was going back and forth the whole way. Good pitching. Then we were able to string a couple of things together – got some baserunners and got some big hits. Great job by all of the kids. Just a great year.”

This time last summer, Ciarniello and his NKW 11-year-old all-stars were still basking in the glow of their district and state titles. There was no chance for a repeat in the 12-year-old bracket this summer with the cancellation of the all-star season. And for a while, it wasn’t clear that there would be any kind of baseball season. With the league making a modified season happen, the summer ended up being different but memorable, especially so for the champs.

“From thinking we might not have a season to this, these guys just came together,” Ciarniello said. “They loved coming out and playing together every day.”

Launch had plenty of its own fun in the early going of the championship game. Needing to win twice to claim the title, Launch went to the lead immediately. Rock Arnold walked, Jason Pelletier singled and Frank McGee brought Arnold home with an RBI groundout.

The first answer for Dave’s started with a leadoff double by Ethan Schmitt in the bottom of the first inning. A wild pitch moved him to third and a sacrifice fly by Chris Ciarniello scored him with the tying run.

On the mound for Dave’s, Ciarniello struck out two in a scoreless second inning, while Matt Harrison fanned the side for Launch in the bottom half of the second. Launch reclaimed the lead in the third inning on a walk to Harrison, an RBI double by Arnold and an RBI single by Pelletier, making it 3-1.

Schmitt hit his second double of the game for Dave’s in the bottom of the third, this one coming with two outs and plating a run that made it 3-2. In the fourth, Ciarniello doubled and tied the game when he scored on an error. Ciarniello worked around a single by Arnold in the top of the fifth to keep the game knotted at 3-3. Ciarniello struck out 10 in five innings. His counterpart Harrison struck out eight.

The comeback push was completed in the bottom of the fifth, with the back end of the lineup getting it started. Joe Donnelly and Broden Sugarman both walked and moved into scoring position on wild pitches. With Cole Kizzee at the plate, another wild pitch allowed Donnelly to score the go-ahead run. Kizzee then lined a base hit into left field to score Sugarman. Schmitt, who reached on a fielder’s choice, later came around on a wild pitch for the 6-3 lead.

“We need all 11 – I told them that all year,” Dino Ciarniello said. “Those guys were disciplined and patient. They either put the ball in play or walked and that really helped. Cole, our 11th hitter, after the run scored, he hits a single to drive in another run and that was huge.”

Jacob Hamilton relieved Chris Ciarniello in the sixth and struck out the first two batters he faced. A ground ball back to him led to the final out and a celebration for Dave’s.

It was another moment to savor.

“I think they appreciated it a bit more,” Ciarniello said. “Everyone’s been through so much this whole year with this whole crisis. I think they felt like, ‘OK we get to go play and that’s going to be our normal.’ It was kind of neat playing through the summer. We didn’t have those cold nights in April and May. I’m just super proud of them. And for our 12-year-olds to win a championship in their last year, that’s great for them.”