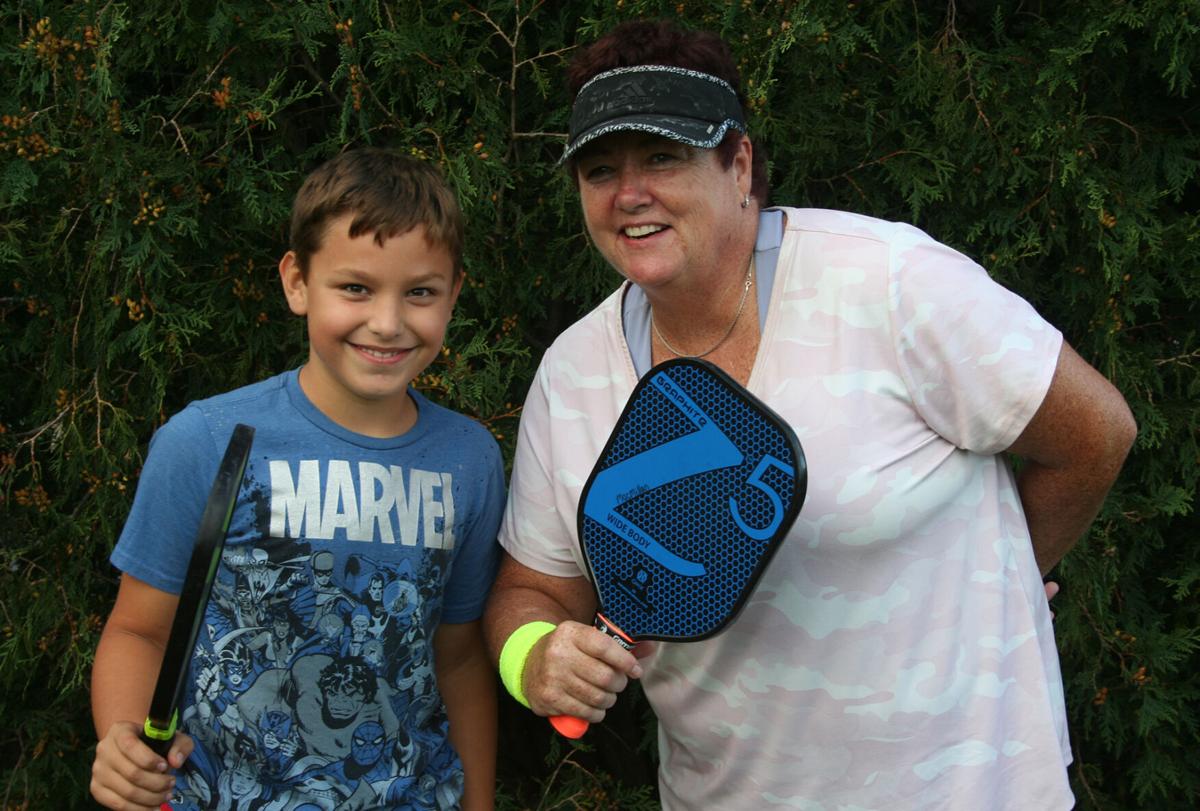 Liam Barner and his grandmother, Liz MacMillan, were both on the court as part of the North Kingstown pickleball program this year. 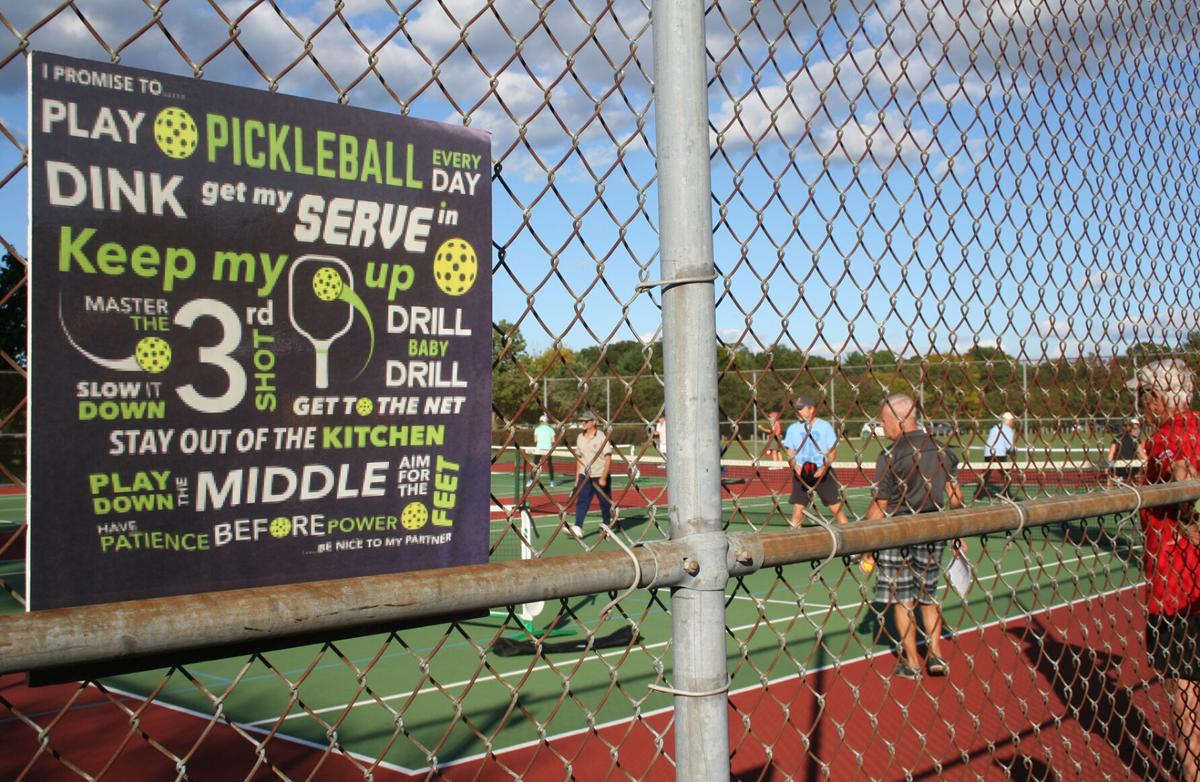 Liam Barner and his grandmother, Liz MacMillan, were both on the court as part of the North Kingstown pickleball program this year.

The Wilson Park tennis courts are as busy as they’ve been in years.

Not for tennis, though.

North Kingstown’s pickleball program has grown significantly since its debut in 2016, mirroring the sport’s explosive growth around the country. According to the Sports & Fitness Industry Association, the participation numbers for the sport grew by 21 percent between 2019 and 2020, up to 4.2 million people in the United States.

North Kingstown now has about 150 people signed up. Pickup games are typically held on Mondays, Wednesdays and Fridays, though impromptu meet-ups are often held on other days.

“It’s really grown a lot here,” said Barbara Nicholson, who works with the Recreation Department to run the program. “People come and they learn and they keep coming back. It’s a drop in program. It’s been a terrific system.”

Pickleball fits somewhere between tennis and ping pong. Players use a small paddle and a perforated ball that’s similar to a Wiffle ball. Temporary nets are the only other equipment needed. A tennis court can house four pickleball courts.

According to USA Pickleball, the sport has been around since the 1960s, when it was invented on the fly as a backyard game. It gained steam slowly, before breaking through as a popular game for retirees in the sunbelt. Snowbirds from the northeast have brought the game back north for the warm-weather months. Informal gatherings have morphed into town-sponsored programs across Rhode Island, including several in South County.

While baby boomers remain the most enthusiastic participants, the game is spreading to younger populations. Some schools use it as an activity in PE classes. At Wilson Park this past summer, one family had three generations on the court.

“They don’t take it easy on him,” said Liz MacMillan, whose 10-year-old grandson, Liam Barner played throughout the summer. MacMillan’s daughter was also a regular.

“It’s one of these kind of timeless games that spans all generations,” said Jack Lees. “That’s what’s so pleasurable about it. You’re not held to playing in little blocks. Other than skill level, that’s really the only thing that separates us. We all just play together.”

Games are typically played to 11 points, with a need to win by two. North Kingstown’s program features doubles matches, and a rotation for getting everyone on the court. Win a match and you stay, with new opponents ready to cycle in.

Brown started playing when a friend suggested it after finishing up a yoga class at the YMCA.

“She said she had to get going because she was going to play pickleball,” Brown said. “And I was like, ‘What the heck is that?’ I went down to Wilson Park. It was kind of the end of the year. I was really bad at it, but I just loved it.”

Fun, competition and camaraderie are the top attractions.

“You don’t have to be a superstar,” Nicholson said. “You can learn it. The games are short. It’s not agonizing.”

And it’s not taxing. Donna Sykes has had both hip and knee replacements and is an enthusiastic pickleballer. At a recent session, she wore a shirt with the words Pickleball: The Best Anti-Aging Medicine Around.

With players in closer proximity than tennis, it’s a very social game. That has extended into gatherings at the town beach and more.

“It’s very social,” Nicholson said. “We had a wine tasting at Gooseneck Vineyards in Wickord, a party at the beach. It goes beyond the courts.”

The group held an end-of-summer tournament in September, with loads of action on the court and a spread of food and drink outside the fence. It was a fun way to wrap up the season, except that it isn’t really over. While the numbers will dip a bit, the courts will stay busy through the winter.

For the fast-growing sport, the fun doesn’t end.

“Last winter, we came down here one day and spent three hours shoveling the snow off the courts, just so we could play,” Brown said. “Because it was going to be a nice sunny day. If it was 35 degrees and up, we were here. We all just love it.”