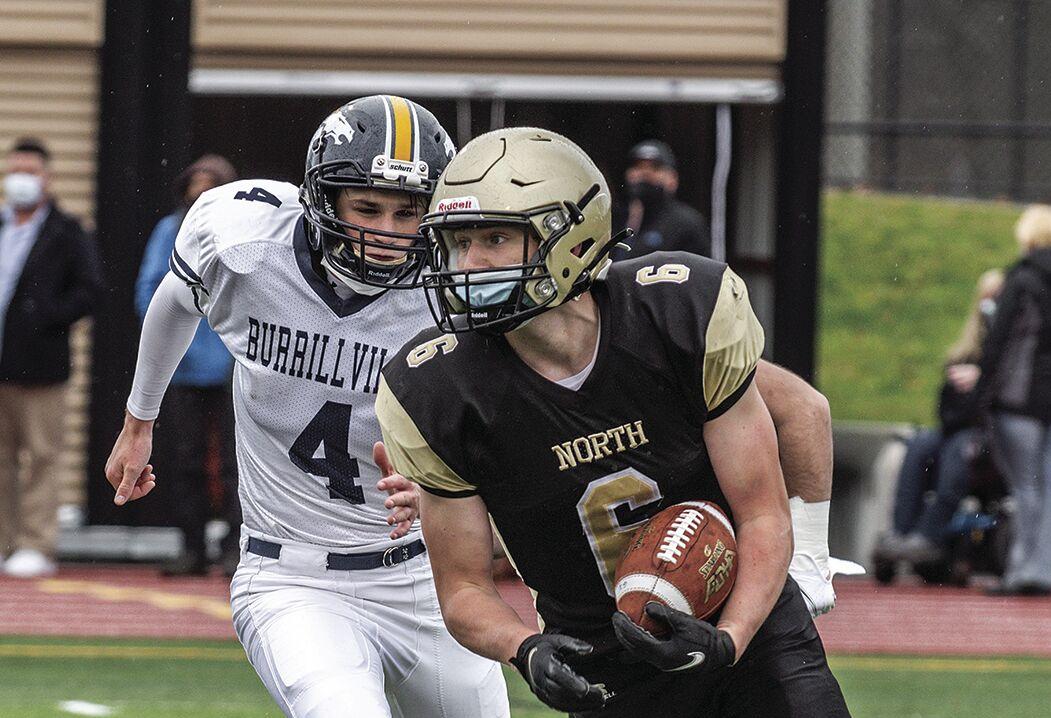 T.J. Gormley will help lead the way on both sides of the ball. 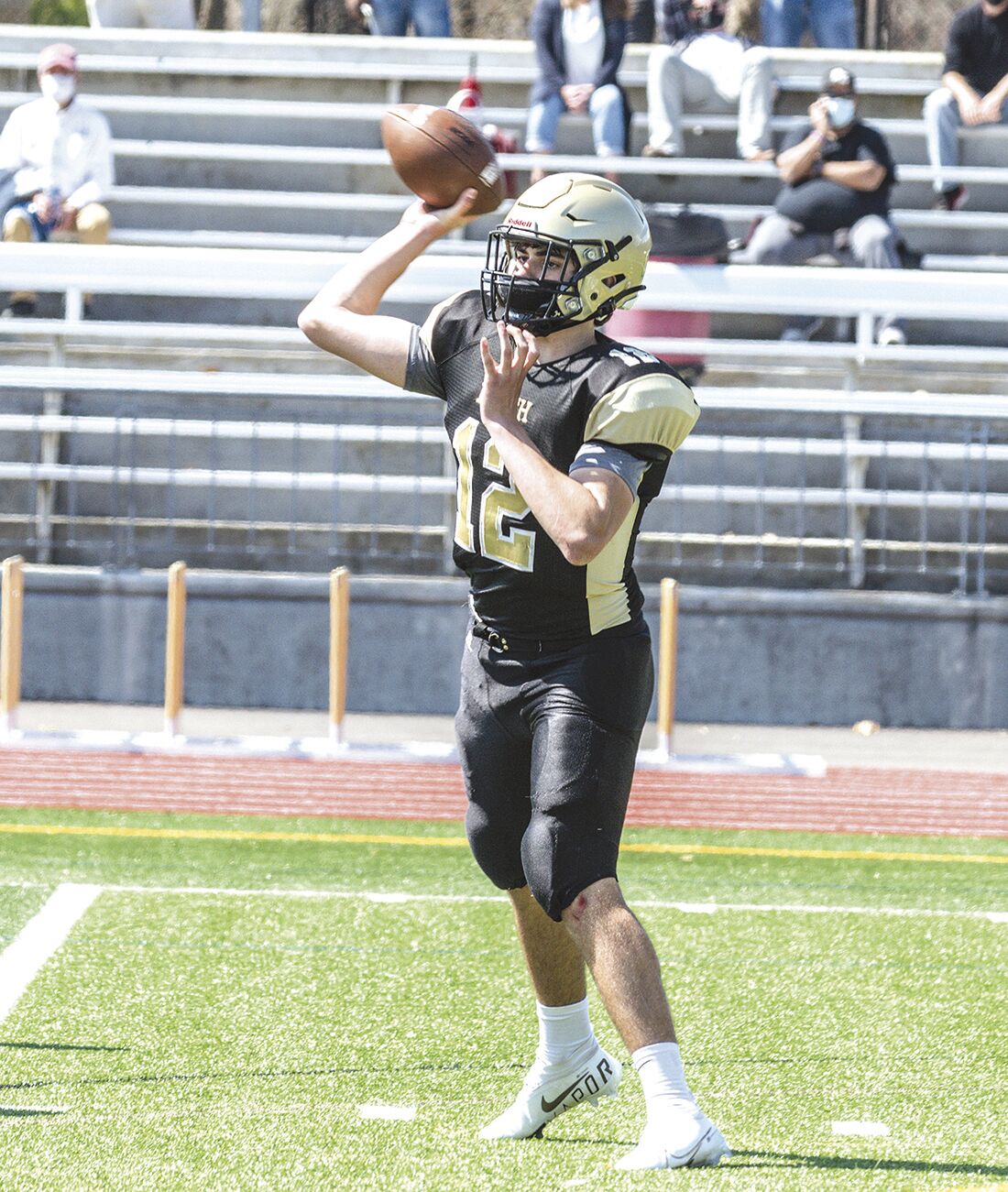 Eddie Buehler is in competition for the quarterback spot. 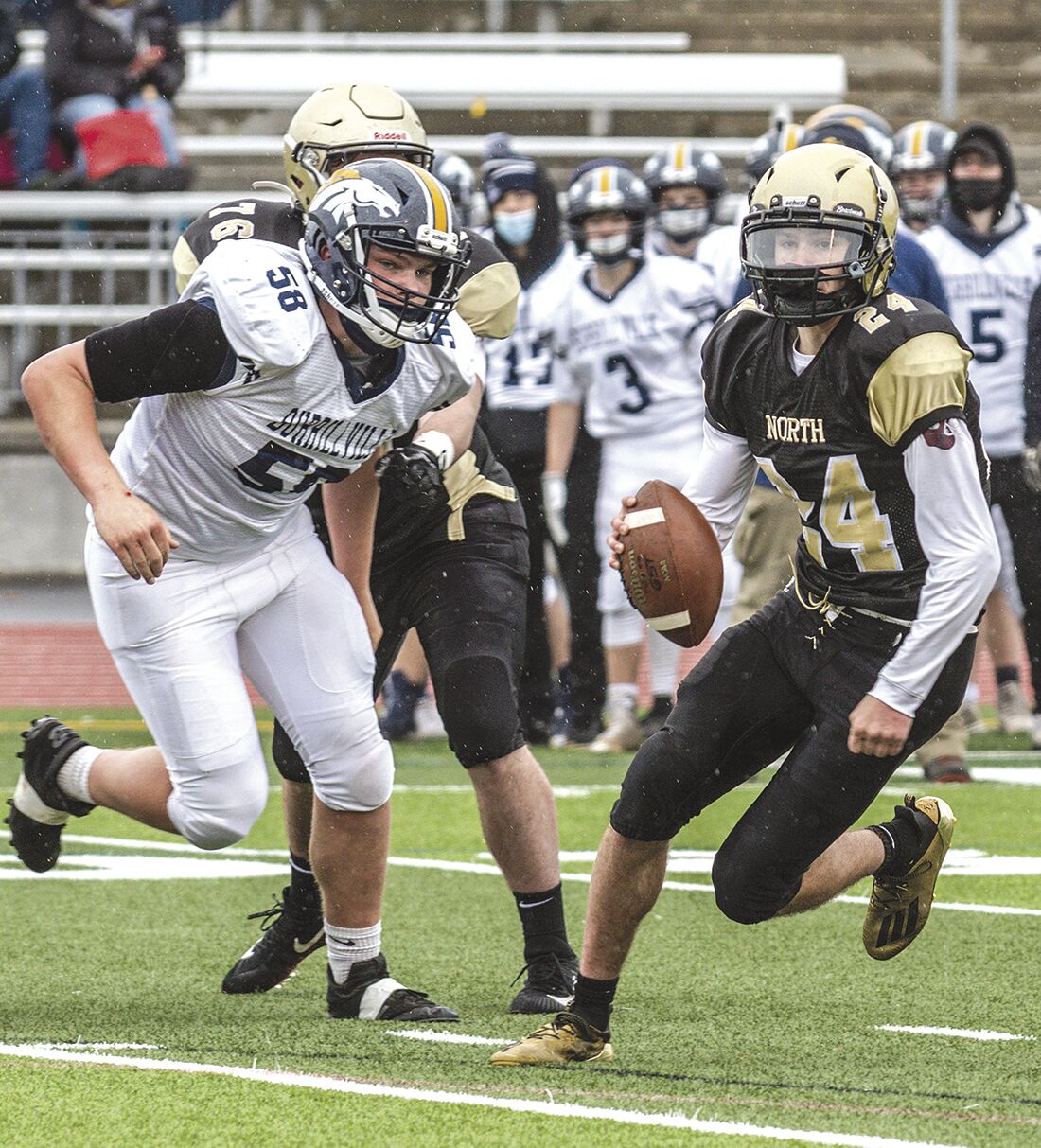 Brayden Rogers saw time in a backup role as a freshman.

T.J. Gormley will help lead the way on both sides of the ball.

Eddie Buehler is in competition for the quarterback spot.

Brayden Rogers saw time in a backup role as a freshman.

A few more plays and a few more stops could have made North Kingstown the top team in the state last season.

The Skippers lost two games to eventual state champion Bishop Hendricken by a total of 13 points in the spring campaign. They had a lead in a loss to state runner-up La Salle. They were right there as one of the top teams in the league, just as they had been in their 2018 and 2019 Division I championship seasons, but taking the next step proved difficult.

“We talk about it all the time – trying to get over that hump,” head coach Fran Dempsey said. “I think a lot of it had to do with the limited time we were able to be together. It was hard to build that chemistry when we had to practice in pods and try to keep players away from each other. With the COVID rules loosening up a little bit, I feel like we’re on our way to building that chemistry, and that’s going to help a lot.”

It’s a reloaded roster that will try to take advantage and get the Skippers to the top. As usual in the program’s rise to powerhouse status, graduation took the services of some standout players, but there are more waiting in the wings. The team is optimistic about competing with the top tier teams again.

“We’re lucky with the town and the youth sports programs we have, and being a large school, we always lose good seniors and regroup,” Dempsey said. “It’s hard to get on the field here before you’re a senior unless you’re a really exceptional athlete. We definitely have some players coming back who can step into those positions.”

Junior Eddie Buehler and sophomore Brayden Rogers are competing to replace standout quarterback Donovan Carr. Both saw action when Carr missed time last season. Buehler is a pocket passer with a big arm, while Rogers represents more of a dual threat. A timeshare is possible given their varying styles.

“It’s a good problem to have,” Dempsey said. “We’re lucky to have two quarterbacks who could start for most other teams in the state. Both guys saw time when Donovan was out and I think the experience they had last year was really big in their development coming into this season. It’s neck and neck. We haven’t made a final decision yet. I think the game plan for the first game is going to be to play both of them and see how it shakes out. They have different skill sets and I think both skill sets are going to help us win games.”

The quarterbacks will have new targets, with the team’s top three weapons from last season gone to graduation, including all-stater Tyler Pezza. The Skippers are looking to seniors Matt Whitney and Ben Smith and sophomore Noah Gincastro at the outside receiver spots. Juniors Chris Bishop and Andrew Ciarniello are in the slot.

“We have a little bit of size on the outside and some quick guys on the inside. It’s not going to look too different,” Dempsey said. “It’s obviously hard to replace a guy like Tyler Pezza, but we’ve got some guys with some talent who are good route runners and understand our passing game concepts.”

The inexperience on both ends of the passing game paired with an improved offensive line and expanded depth in the backfield is setting the Skippers up to have a more balanced attack. They threw the ball on about 90 percent of their offensive snaps last year.

“Going into the season last year, we had no returning starters on the offensive line,” Dempsey said. “Not having camp last year and having limited time to get kids ready, we were a little behind in the run game and we didn’t have that chemistry. This year, we’re more experienced, and we’re bigger than we have been in the past.”

Nathan Field and Marcus Amaral will be at the tackle spots, with Liam McGovern and Sebastain Reed at guard, and Jake Beaupre at center.

T.J. Gormley, Evan Beattie and Aidan Nunez will lead the running back corps.

“We’ve got more depth at halfback and fullback than we’ve had the last few years,” Dempsey said. “The plan will be to stay balanced, run the ball and try to take some pressure off the younger quarterbacks.”

That approach should also help in the quest to get over the hump. Missed opportunities in the red zone loomed large in both losses to Hendricken.

“We kind of fizzled out at the goal line area, and I think team chemistry had a lot do with it,” Dempsey said. “Our kids have been working hard to build that chemistry and we’ve been focusing on red zone scoring plays. And I think being more balanced will help us out in the red zone, too.”

Defensive ends Zach Giorini and Dan McKay lead the front four, with Field and Amaral at the tackle spots. The linebacking corps should be the strength of the defense again. A starter as a sophomore, Beattie is moving to the middle in place of the graduated Jaiden Tucker. Gormley is in one outside spot, with Ben Coderre and Will Draper tag-teaming the other spot.

“We’re experienced there,” Dempsey said. “That’s going to be the strength of our defense.”

Nunez returns at safety. Multi-year contributor Keith Mancini is working his way back from an injury. Ciarniello saw time due to injuries last year and will likely take a cornerback spot.

The schedule looks a little different, with the league scrapping the Power Four alignment, which proved to be just a one year experiment. Division I will feature two seven-team subdivisions, with the top two from each group competing in a four-team state championship bracket. The losers of those semifinal games will drop into a second-tier Division I bracket.

The Skippers hope to be in the mix.

“We’re back to how it was pre COVID,” Dempsey said. “For us, it doesn’t really matter what league we’re in, who we’re playing. We want to compete against the best in the state.”