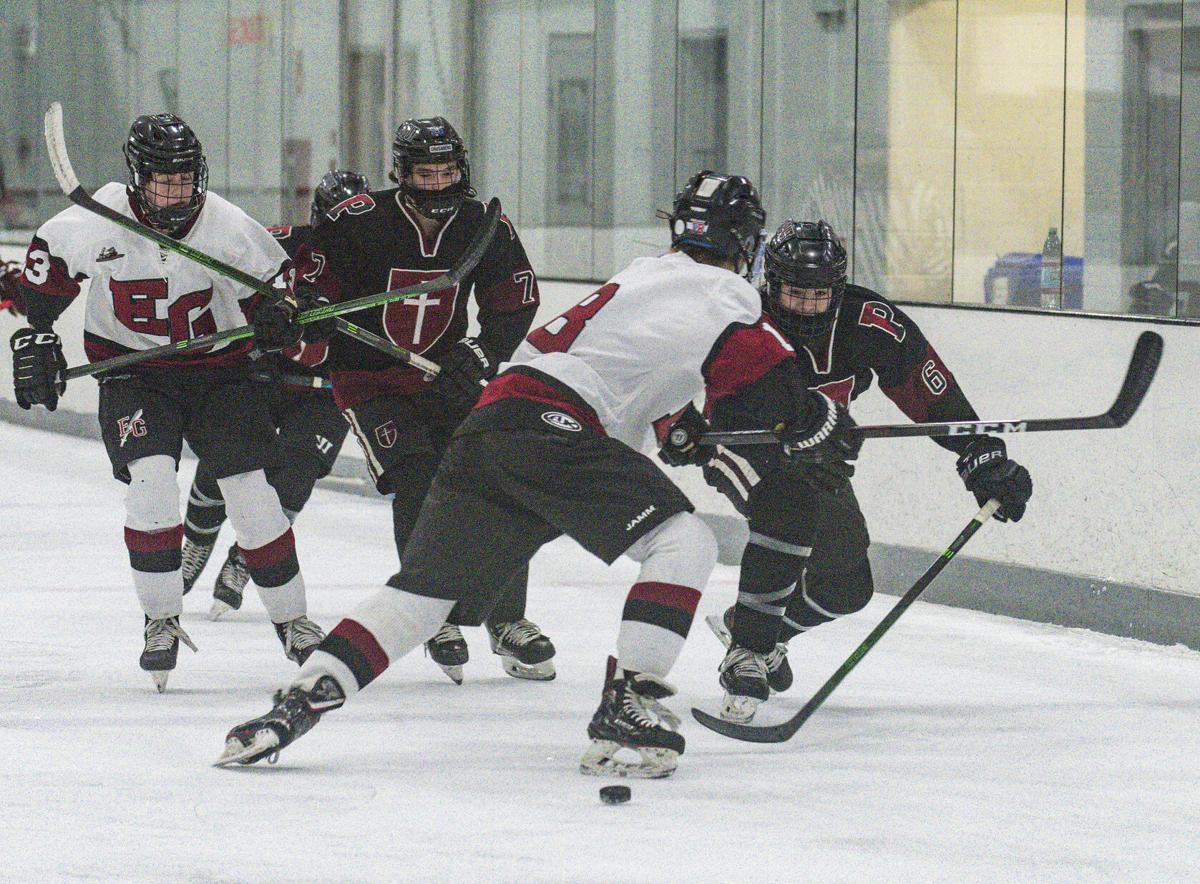 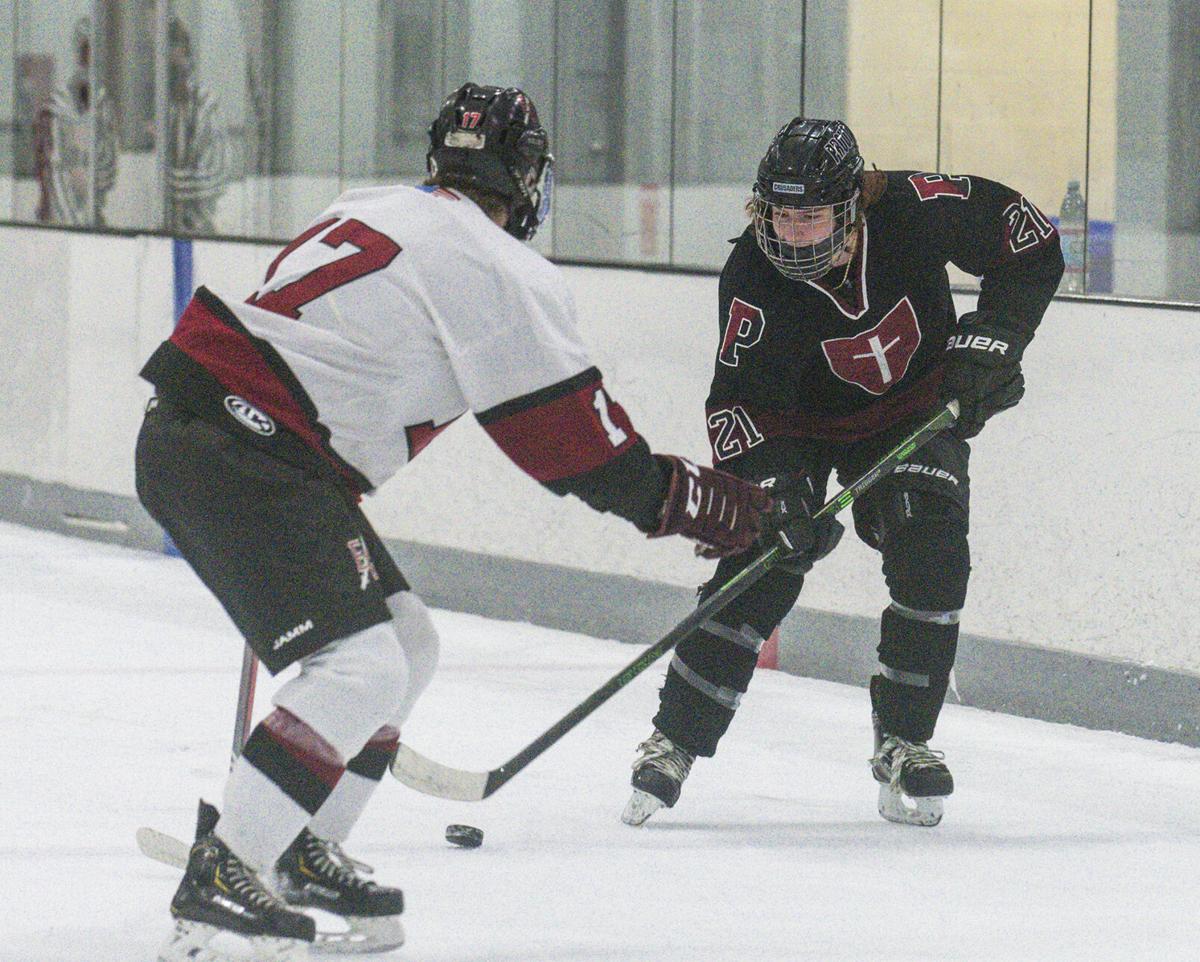 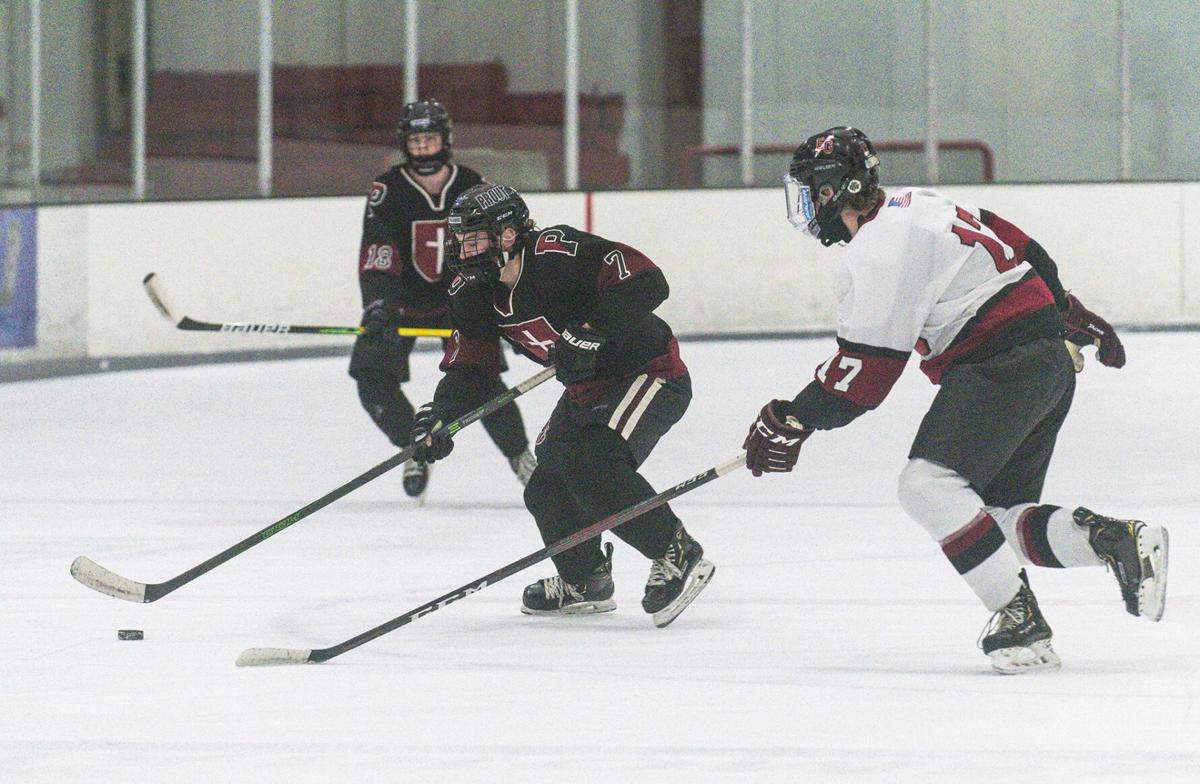 “We just need some of those greasy goals. You’d think it would hit somebody’s leg and go in at some point. Maybe it hits somebody’s head and goes in,” joked the head coach of the Prout/Scituate co-op.

It appears they listened.

The Crusaders didn’t even need any lucky goals as they ended a scoring dry spell and a losing skid all in one on Sunday with a 3-2 victory over Cumberland at the West Warwick Civic Center. It came on the heels of a 3-1 loss to East Greenwich on Saturday night.

Prout/Scituate is now 2-5 heading into the final weekend of the regular season. Playoffs are still a possibility depending on how things shake out. Eight of ten teams will qualify from Division I in what’s been an interesting year. Several upsets have made headlines, and the Crusaders would love to get in on the act.

“It’s really exciting,” Gaffney said. “The league is wide open. We’re not necessarily holding up our end of the bargain. East Greenwich looks like a D-I team. Cumberland is good, Smithfield is good, Barrington is good. Burrillville plays a hard nosed game. And then you’ve got the perennials. Anybody can win any night.”

Prout/Scituate won its season opener over Moses Brown before sinking into the scoring doldrums and a resulting losing streak. The loss to East Greenwich – a D-I newcomer – extended the skid to five games. The Avengers scored once in the first period then took a 2-0 lead just eight seconds into the second period. Prout’s Jacob Cox cut the lead in half with 9:36 left in the second period but it would be the only tally of the night.

“I thought we had them on the ropes a couple of times,” Gaffney said after the loss. “We’re just starving for goals. I think we have six goals in five games, and that’s not a recipe to win. Matt Pari has played really well in net but you can’t expect him to do it all.”

There were, however, signs of progress.

“The boys have been playing better,” Gaffney said. “This week in practice and tonight, the effort was there, the structure was there. We’ve got to find the back of the net.”

It happened on Sunday. The Crusaders fell behind 1-0 but broke the ice on a goal by Billy Costello. Cumberland was up 2-1 after two periods, but Mark Roberts tied the game in the third and Costello scored again for the lead with just over three minutes to go. Pari played well in net to preserve the win.

The Crusaders celebrated senior night, honoring Pari, Jack Letendre and Drew Brouillette with the winning performance. It’s otherwise a very young team, providing hope for the future not long after the program’s numbers weren’t adding up, which led to the co-op arrangement with Scituate.

With the scoring drought shaken off, a little success in the present would be good, too.

“Young team. There’s good things to come, but we’d like to send these seniors out on a high note in the shortened season and get on a little run here,” Gaffney said.

The season concludes this weekend with games against La Salle and Smithfield.