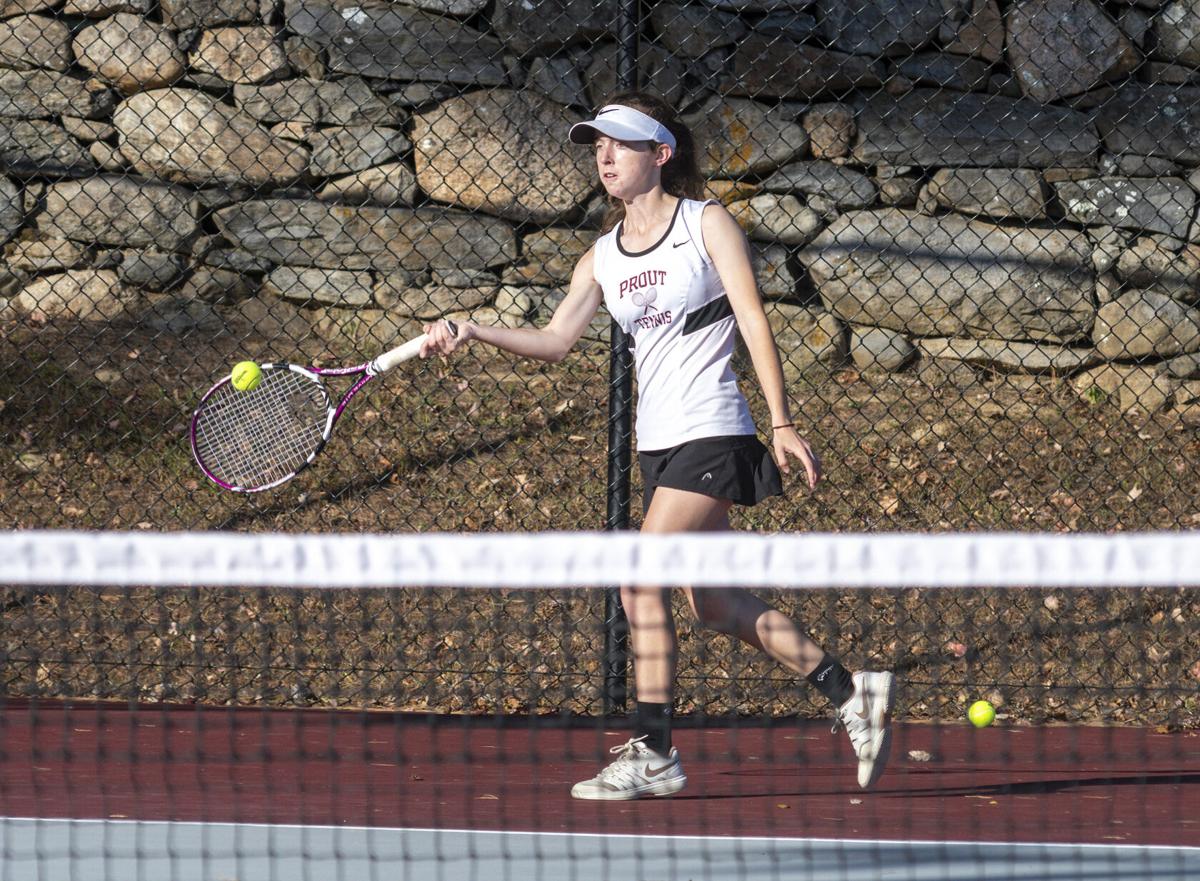 Prout's Meghan Mancini hits a return during Friday's game against South Kingstown at The Prout School. 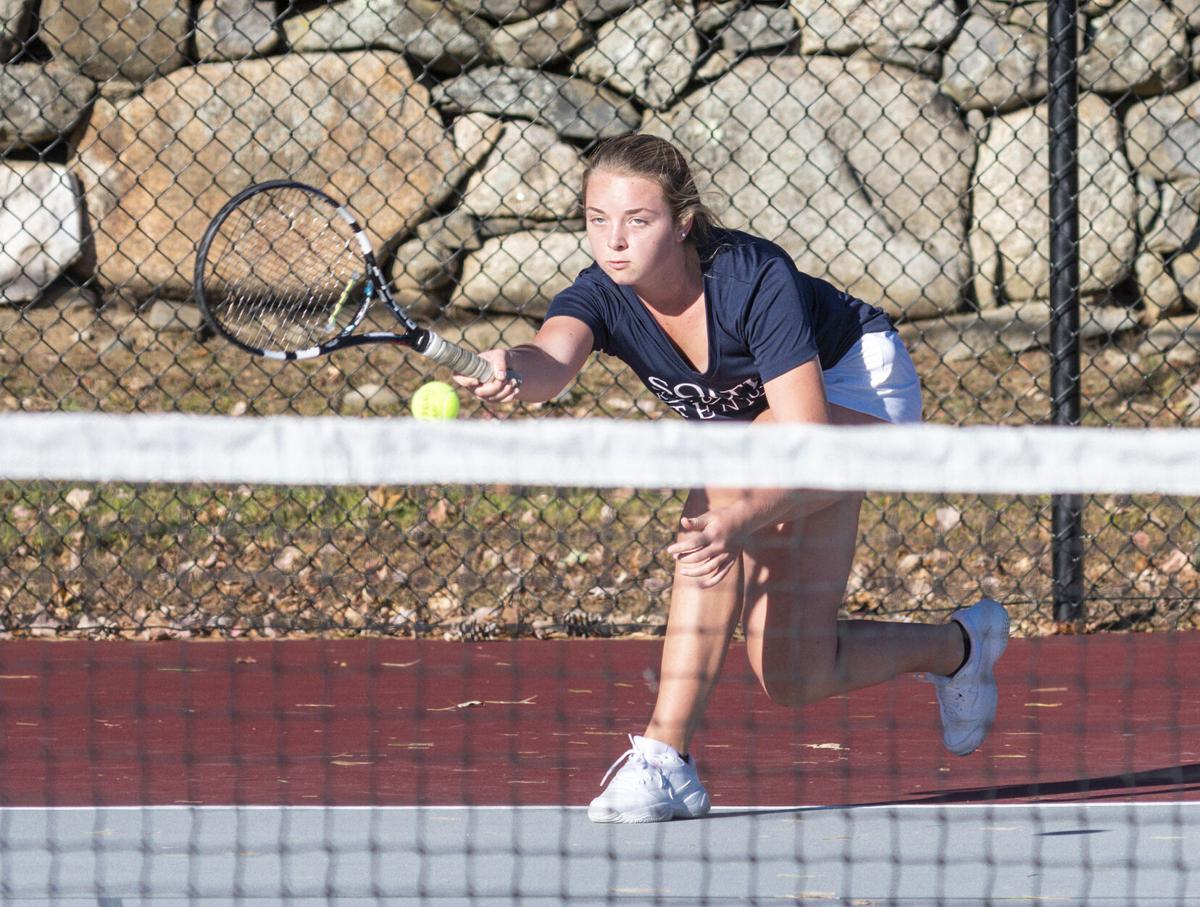 South Kingstown's Grace Cummiskey stretches for a shot during Friday's match against Prout at The Prout School. 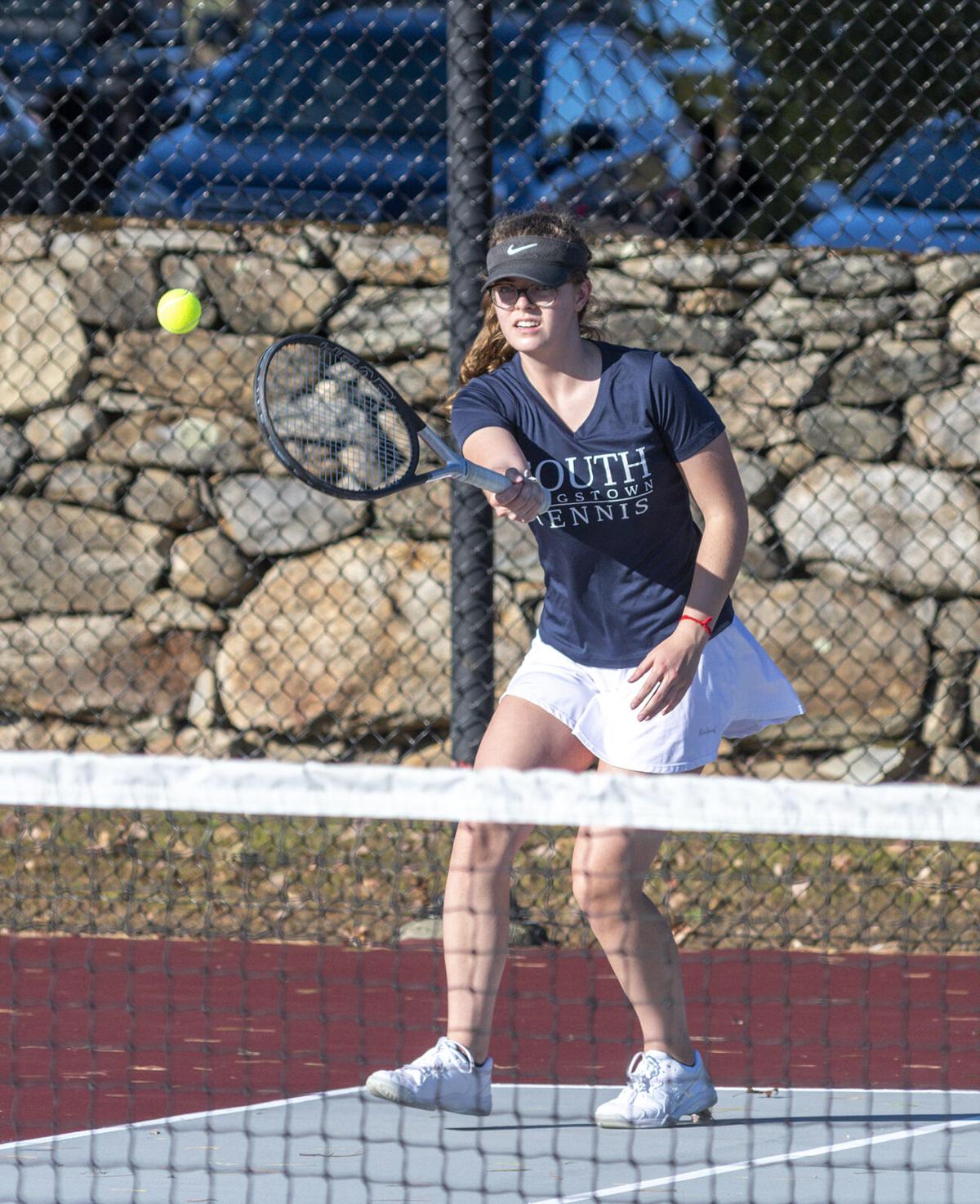 South Kingstown's Sophia Zeyl hits a return during Friday's match against Prout at The Prout School.

Prout's Meghan Mancini hits a return during Friday's game against South Kingstown at The Prout School.

South Kingstown's Grace Cummiskey stretches for a shot during Friday's match against Prout at The Prout School.

South Kingstown's Sophia Zeyl hits a return during Friday's match against Prout at The Prout School.

SOUTH KINGSTOWN — There were a couple of long years for the Prout girls tennis team in the state’s top division. Following three consecutive Division II titles, the Crusaders bumped up to D-I and went 3-9 in 2018 and 2-11 last year.

This season is more literally a short one due to the coronavirus pandemic, but the Crusaders are already on their way to making it a good one.

Back in Division II, Prout beat Toll Gate in its opener then topped rival South Kingstown 6-1 on Friday to move to 2-0.

“We had a good showing against Toll Gate the first match of the year, with a 4-3 win,” said interim coach Andrew Bevilacqua. “We tried to take some of the mistakes that they had, some of the shots they should have hit, worked on that in practice and definitely saw a big improvement from the girls today.”

South Kingstown fell to 0-2, having dropped its opener to Chariho 5-2 earlier in the week. Grace Cummiskey and Jaclyn Christina earned victories for the Rebels in that first match, with Christina winning again in the matchup against Prout.

For the Crusaders, the season-opening win was led by the doubles teams, who swept to three wins. One additional win in the singles ladder secured the 4-3 victory for the team.

Prout’s doubles teams came through again. Abby Smith and Maddie Laviolette won 7-5, 6-4 over Anna Vorhaben and Emma Davis at No. 1 doubles. In a back-and-forth battle at No. 2, Leah Hauser and Kathleen Quinn beat Carly Tomlinson and Zoe Pollack 6-3, 3-6, 8-6. Maddie Green and Lena Eng beat Ella Darcy and Haley Torell 6-1, 6-2 at No. 3 doubles.

“Breck O’Connor at No. 2 singles, huge improvement from the Toll Gate match. She was a little timid at Toll Gate. She worked a lot this week,” Bevilacqua said. “The top three singles all played great matches today, and the doubles have been strong all year for us.”

Prout has a young squad, with only two seniors in the lineup. They’ll be looking to make the most of this season, while also building for the future. Bevilacqua stepped in to help out while longtime coach Steven Matzner deals with health problems.

“It’s been good,” said Bevilacqua, who is the school’s volleyball coach and former athletic director. “I knew some of the girls from being the athletic director a couple of years ago and we’ve had a couple of volleyball players come out since their season might be cut out or might be moved to February. The girls are a pleasure to coach. They want to learn. My assistant Sarah [Steverman ] has a lot of knowledge about the game, so that’s been great.”

Prout is playing six league matches, plus five non-league tilts. Adjustments to RIIL COVID-19 protocols have been handled in stride.

“It’s definitely different. We’ve got to serve with our own tennis balls, you can’t touch the other team’s tennis balls. As far as the mask-wearing, the girls have been great about it. They consider themselves lucky to be on the court and not wear masks, having seen what soccer has to do.” Bevilacqua said. “For a shortened season and what they’ve had to do, they’ve come in ready to practice. And I think they want to play for coach Matzner as well. That’s a motivational thing for them.”

Prout was set to visit Cranston West for a non-league match on Wednesday. South Kingstown is back in action Saturday when it visits Toll Gate.