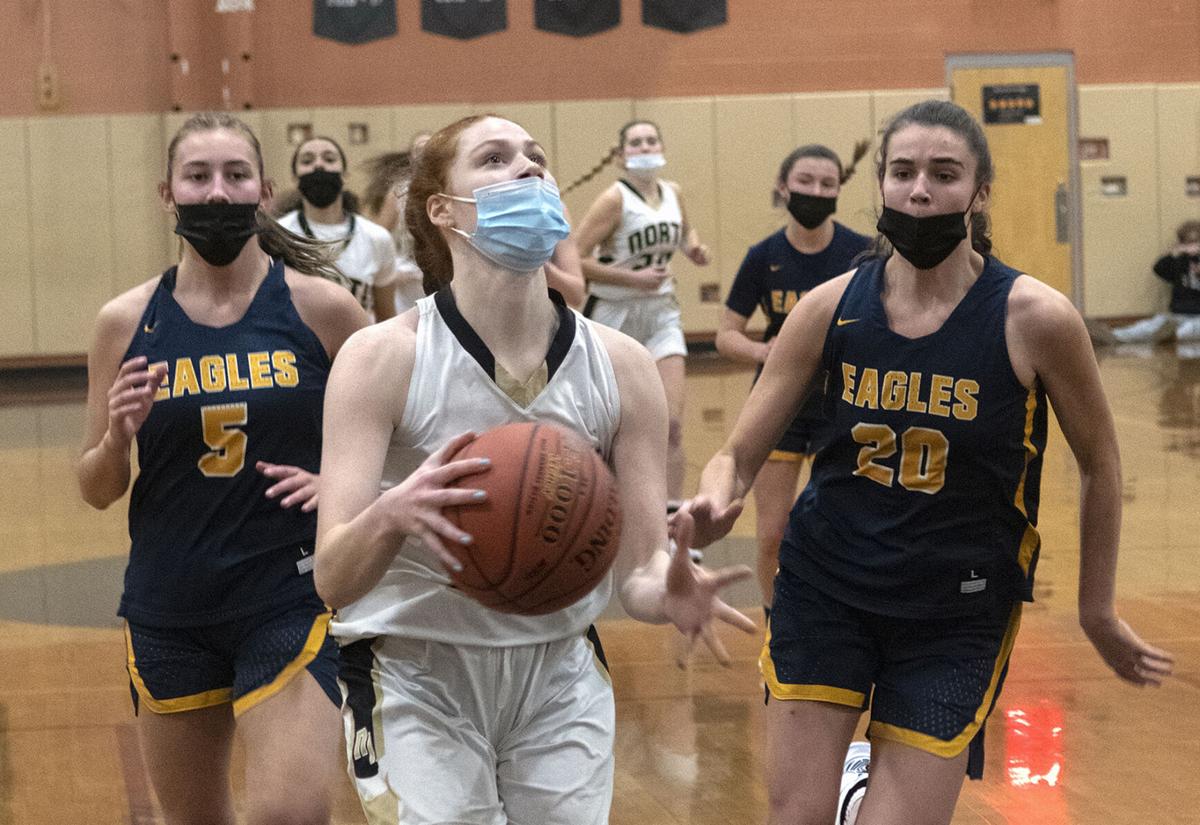 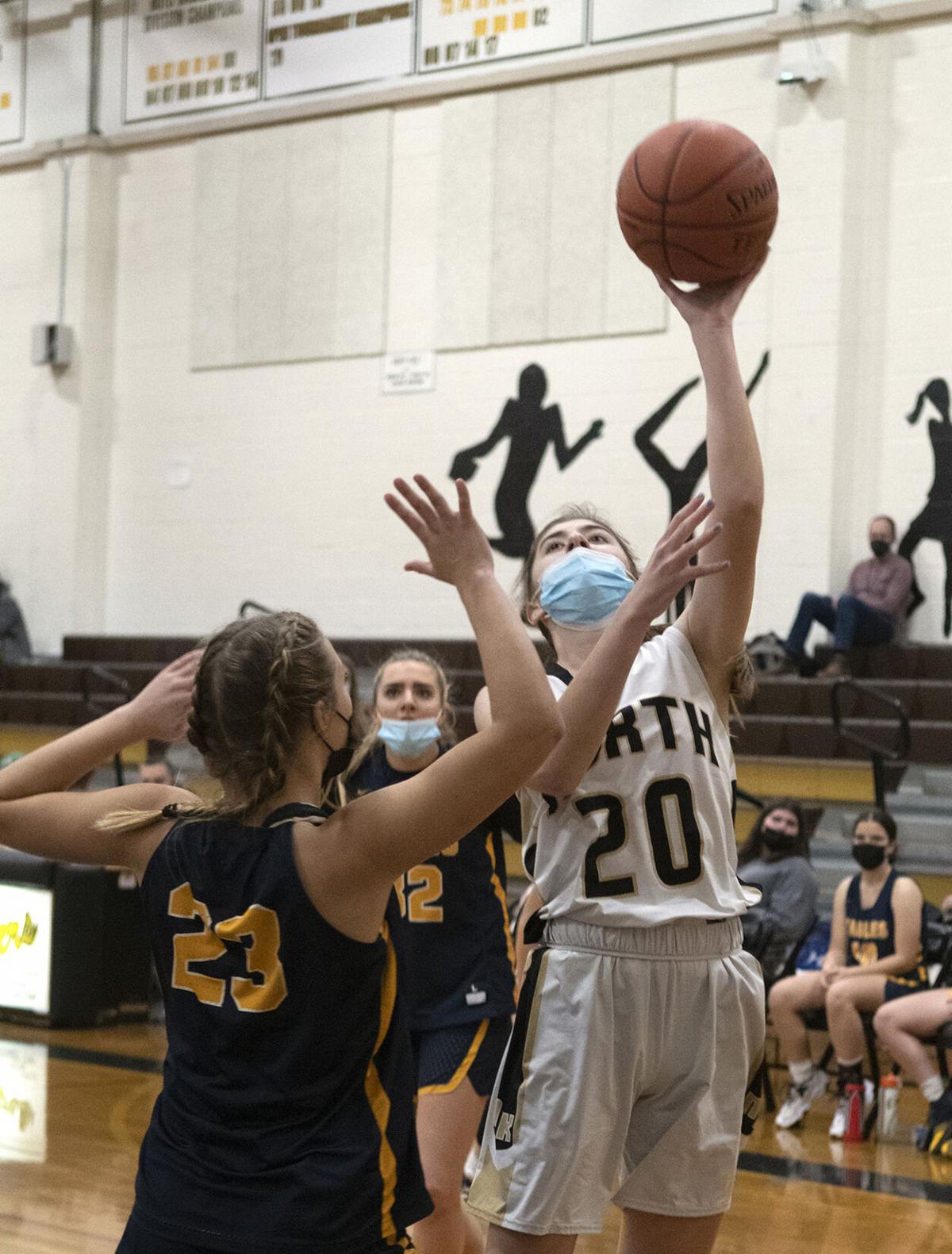 The Skippers left little doubt about that on Tuesday.

In a matchup of the last two unbeaten teams in the state’s top division, the Skippers dominated Barrington 63-31 on Tuesday night. They’re now 6-0 in league play and staking claim to the label of state title favorite.

Another test awaits Thursday with a road trip to Ponaganset, which is 6-1. Barrington handed the Chieftains their first loss last week, but couldn’t do the same to the Skippers. Jillian Rogers poured in 27 points and the defense locked down to keep North rolling.

“We just wanted to come out with a win,” Rogers said. “The last three days, we’ve been practicing really hard, focusing on their offense and how we could stop it.”

Barrington was without two of its top scorers and head coach Stephen Lenz on Tuesday, so the matchup may not be a definitive guage of where the teams stand. But the Skippers were impressive nonetheless. They started the game on an 8-0 run, stayed in front into halftime, and took complete control in the second half. Two 8-0 runs and a 9-0 burst helped the Skippers bump their lead into the 30s.

“We’re playing hard,” head coach Bob Simeone said. “It’s all up tempo. Once we steal the ball, we’re out running. We’re going eight or nine deep, so we’re staying fresh, not getting tired. And we can score in bunches.”

Rogers and Jaelyn Holmes powered the fast start. Barrington didn’t score its first points until the 2:59 mark of the first quarter, but worked back within two points by the end of the frame.

Katherine Martone, Anina Sherman and Caroline Peters helped the Skippers remain in front early in the second quarter. Later, a baseline jumper by Carly Lafferty made it 29-20 at halftime.

The Skippers started the second half with a bang and never let up. Jordan Moreau hit a 3-pointer before Rogers scored five straight points as the lead grew to 37-20. Three steals powered another 8-0 run soon after, with buckets by Rogers, Sherman and Holmes.

A 19-point lead at the end of the third quarter exploded further as the Skippers opened the fourth quarter with nine straight points, thanks to Rogers, Holmes and Martone. Holmes and Jordan D’Allesandro hit 3-pointers down the stretch to put the finishing touches on the victory.

Big second halves are nothing new for the Skippers. To do it against another top-tier team was no small feat.

“Once we start a run, it just keeps going,” Rogers said.

Rogers finished with 27 points and Holmes had 13, but defense was the bigger story. The Skippers forced a whopping 39 turnovers and translated many of them into points. They allowed just 11 points in the second half.

“We worked them hard all week in practice and it was just defense, defense, defense,” Simeone said. “We told them, we didn’t care about the offensive end – defense was going to turn into offense.”

“Moreau did a great job on Calhoun,” Simeone said. “She can dump 25 points. We felt like if we could hold her down to 10, we were going to win.”

The matchup with Ponaganset is set for Thursday at 6:30 p.m.

North Kingstown and Barrington won’t play again in the regular season, but a playoff matchup is certainly a possibility.

“We’ll see them again and they’ll have their full team back,” Simeone said.