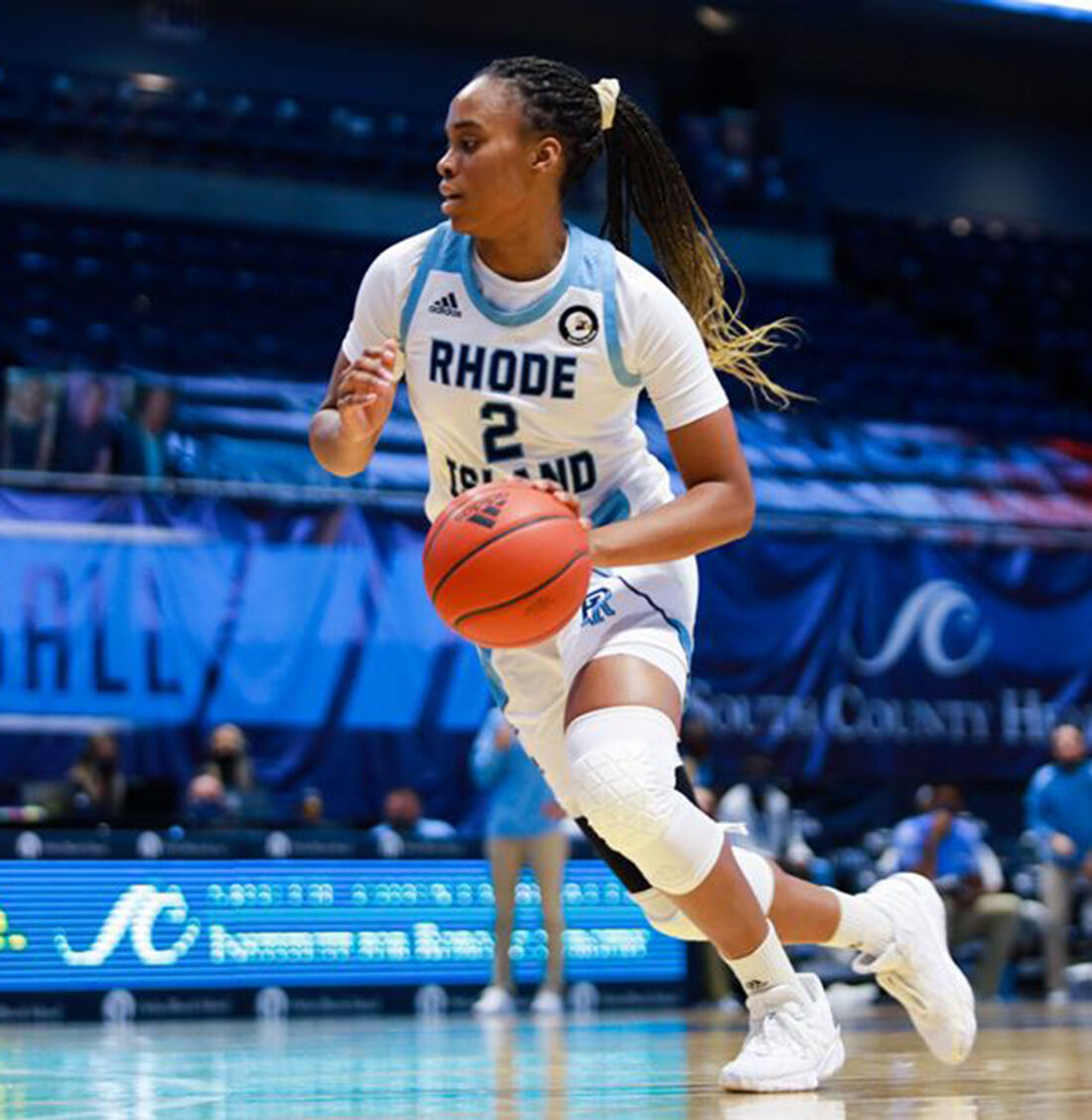 Marie-Paule Foppossi makes a move during a game last season. 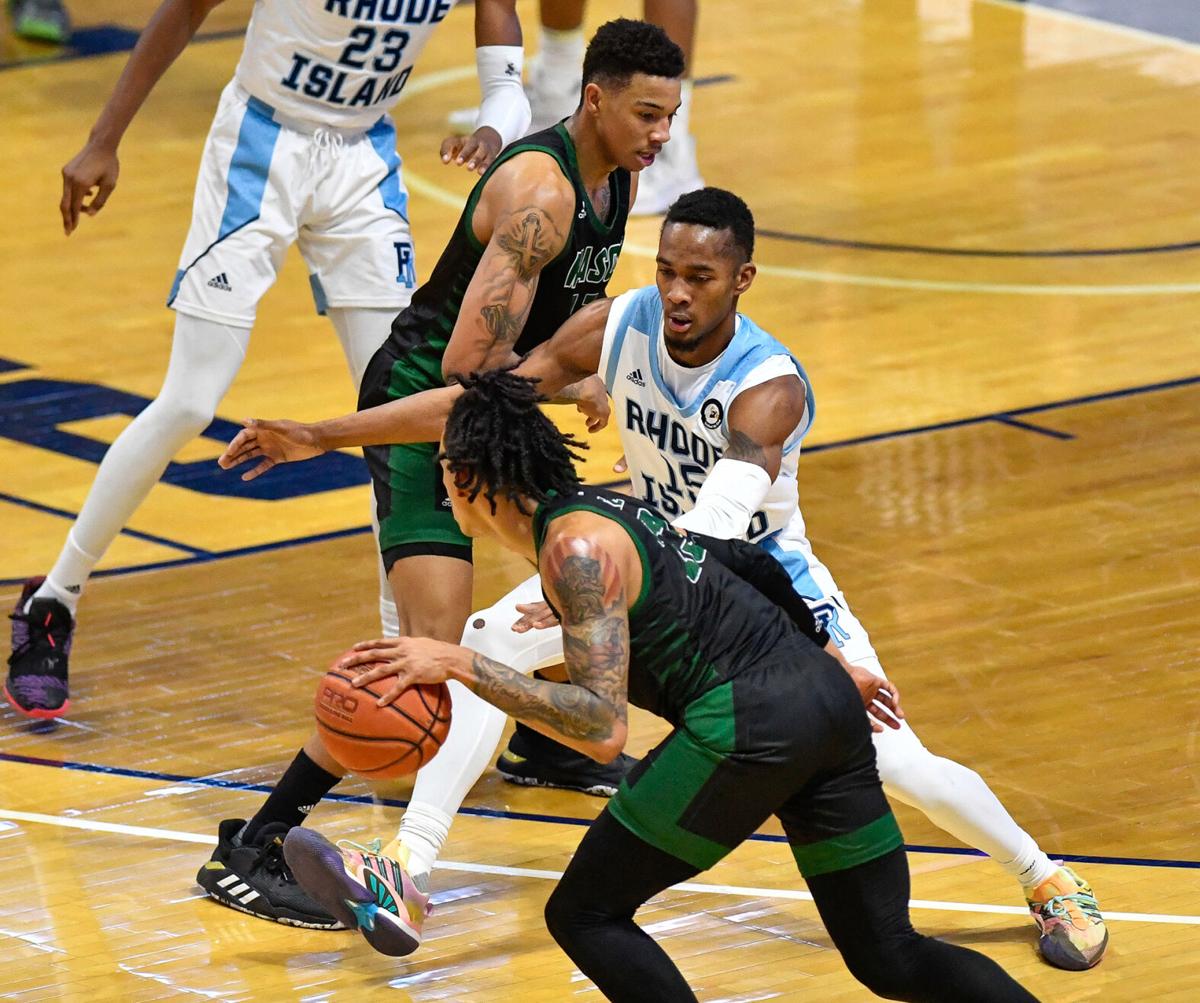 Marie-Paule Foppossi makes a move during a game last season.

The basketball teams at the University of Rhode Island are taking the Atlantic 10’s preseason predictions released last week with a grain of salt, for different reasons.

The URI men are coming off their first losing season since 2013-14, but have a good returning core that’s fueling hopes of a return to prominence. With the team hoping for a number of players to take a jump, league observers took a wait-and-see approach in preseason poll voting. The Rams were tabbed for the middle of the pack. They hope a more typical off-season will serve them well on the quest to climb the ranks.

“We spent a lot of time together over the summer,” Cox said. “We were able to kind of figure each other out, work out some kinks, grow together, stumble together. All that bodes well for chemistry going into a season.”

St. Bonaventure was a unanimous selection as conference favorite, with all five starters back from the team that won the 2020-21 A-10 regular season and conference tournament championships. Richmond was second, followed by St. Louis, VCU, Dayton, Davidson and URI in the top half of the 14-team circuit.

St. Bonaventure and Richmond each put two players on the Preseason all-conference first team. Osun Osunnyi and Kyle Lofton represent the Bonnies, with Grant Golden and Jacob Gilyard from Richmond.

URI’s Jeremy Sheppard was labeled a third-team all-conference selection, as he returns for an extra year of eligibility with the Rams. The guard averaged 11.3 points per game last season.

Sophomore Makhel Mitchell was the only other Ram earning a preseason nod, with a spot on the all-defensive team.

Expectations are higher for the URI women, who burst onto the scene last season in head coach Tammi Reiss’ second year at the helm. The Rams finished third in the regular season standings. Reiss was named A-10 Coach of the Year and Emmanuelle Tahane was A-10 Co-Player of the Year. Voters picked the Rams for second this season, behind only reigning champion Dayton. URI received two first-place votes.

Tahane was named first-team all-conference, while Marie-Paule Foppossi earned second-team honors. Seton Hall transfer Dez Elmore – part of an influx of even more talent for the Rams – was picked for the third team. Elmore was an all-Big East pick at Seton Hall.

“I tell them every day, ‘What have we done? Tell me. Have we won a championship?’ No. So what exactly have we done here?” Reiss said. “If you want to be great, it doesn’t matter if you’re 11th or second in the conference. You’ve got to go do something great. “

The URI men will play an exhibition game against Johnson & Wales on Thursday night at the Ryan Center. The season opener is Tuesday. The URI women also open things up Tuesday at Dartmouth.