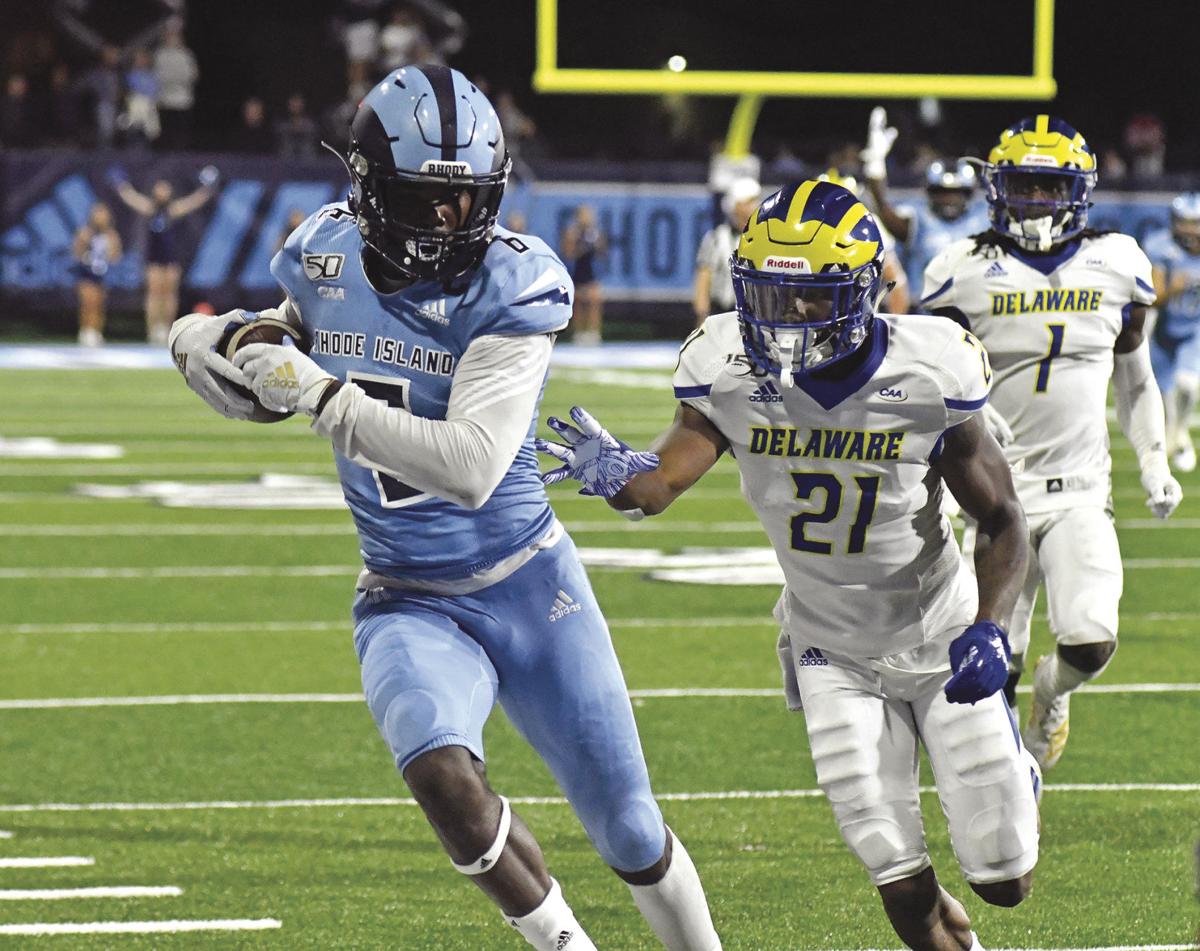 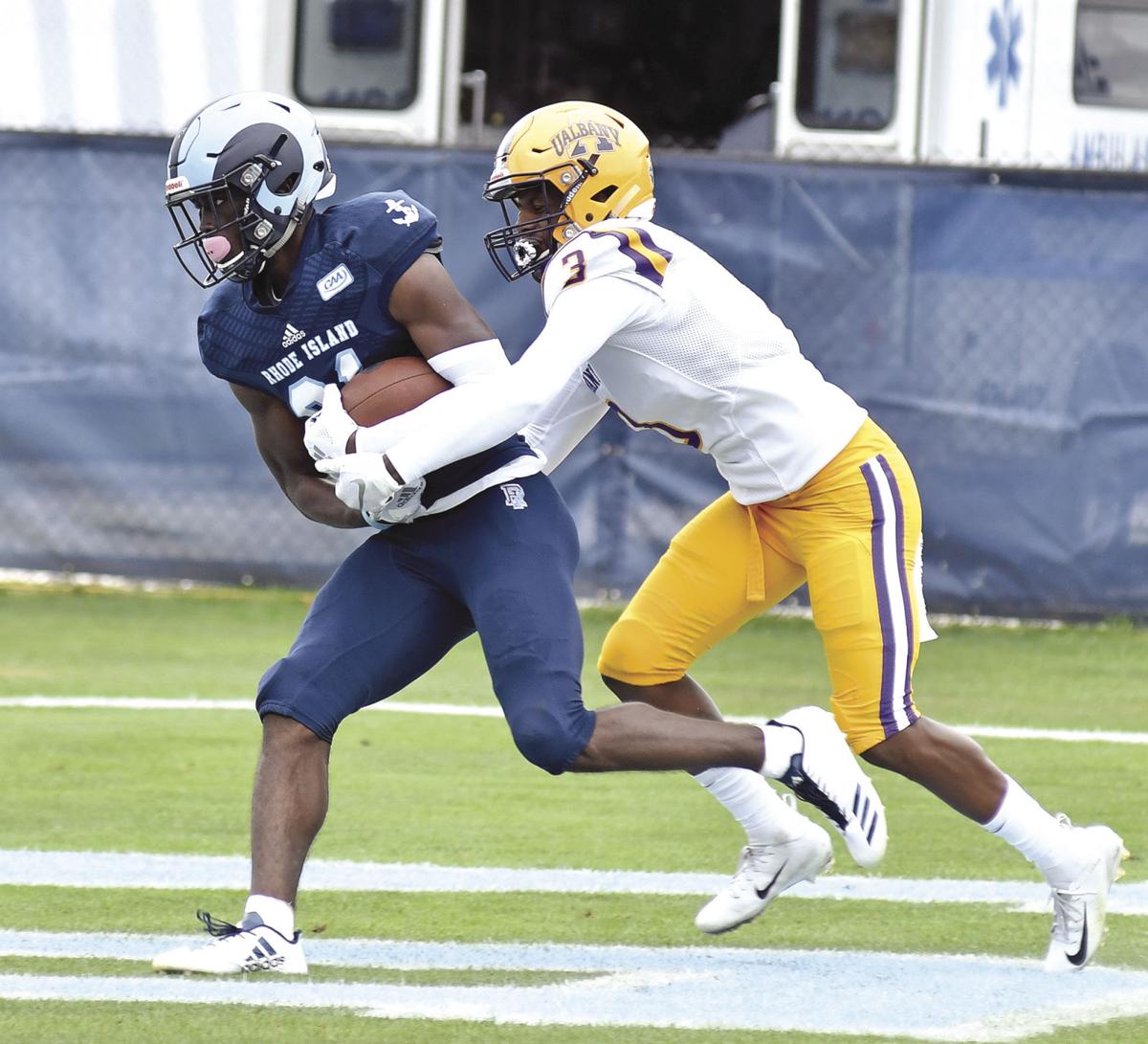 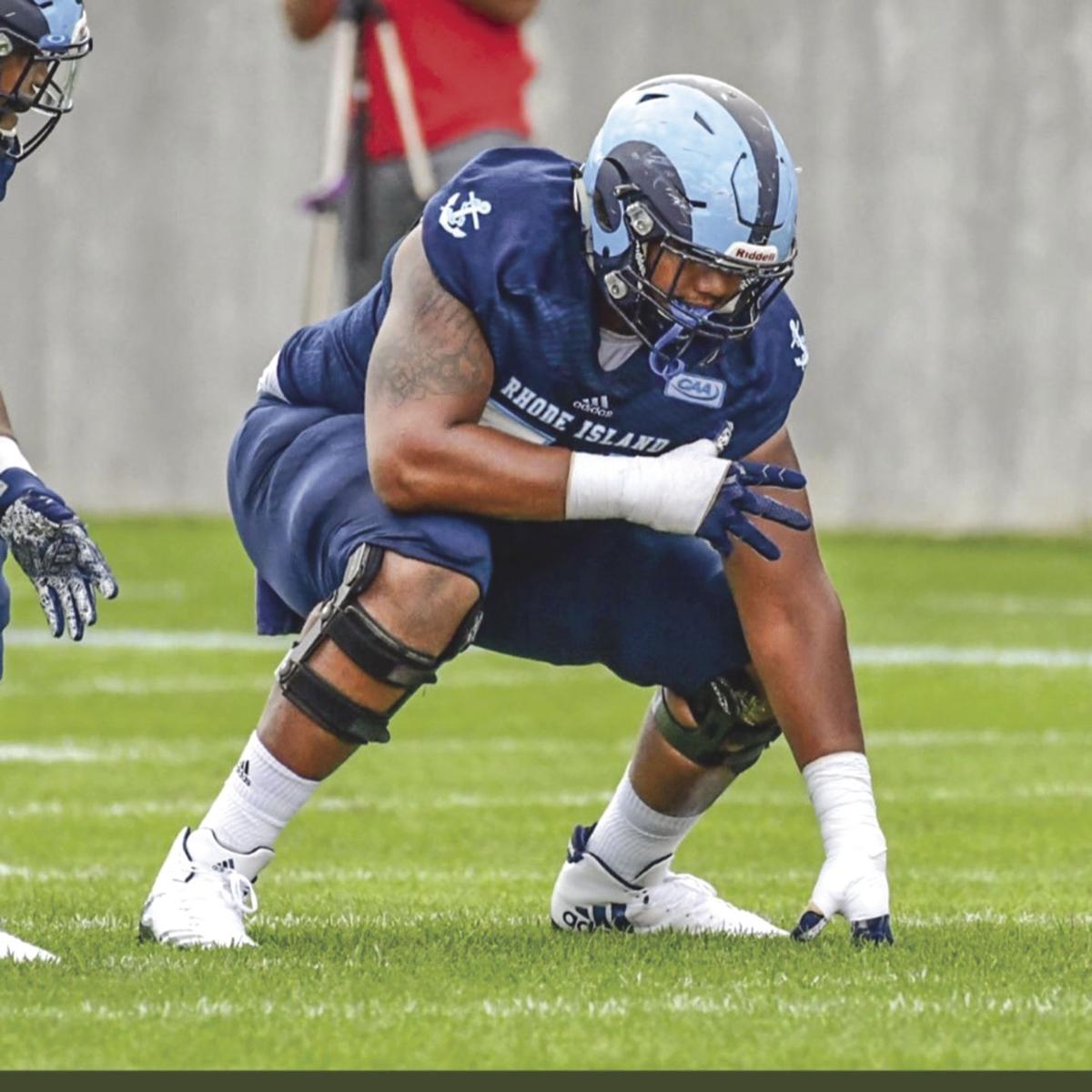 The sound will be up this year, wherever coaches are watching.

With no spring practice due to the coronavirus pandemic, there’s a little more time available. More importantly, there’s a rooting interest for URI coach Jim Fleming and his staff. Ram standouts Isaiah Coulter, Aaron Parker and Kyle Murphy have a legitimate shot to be drafted. All three were invited to the NFL Combine, a rare feat for a URI player, and have drawn praise from pundits ahead of the draft, which is set for April 23-25.

“It’s usually at a time when we’re still really involved in football and we have it on in the corner of the office, keeping an eye on it,” Fleming said. “I’ll obviously be a little more attentive to it this year, hoping these guys will get their names called.”

URI has put 36 players in the NFL over the years but hasn’t had a player drafted since 1986, when offensive lineman Bob White was selected by the New York Jets in the seventh round. Ending that drought would be a significant achievement for a program that’s still trying to find its way to a better place after years of struggle.

“It’s a tremendous point of pride for the program and the university. You’re talking about quite some time, just like everything else, for signs of life,” Fleming said. “It’s been a long time since there’s been a draft pick. We’ve had some kids who have had opportunities, but these guys having the recognition and the exposure that they got was absolutely uncharted territory for Rhode Island football players. Having a guy at the combine, much less three guys there, is a tremendous feather in the program’s cap. It’s a tremendous feather in their individual achievements and what they’ve been able to do.”

Murphy and Parker entered their senior seasons as All-Americans and did nothing to change that status. Murphy anchored the offensive line, as usual. Parker ended his career second in school history in receptions and receiving yards. NFL scouts frequented Kingston for practices and games. Both Murphy and Parker played in the prestigious East-West Shrine Bowl, an all-star game and draft showcase, following the season.

Those scouts apparently also had an eye on Coulter, who declared for the draft after his junior season. Coulter didn’t earn as much hardware as his receiving corps running mate Parker – who is also his cousin – but he also had a huge season. And at the NFL Combine, he caught a lot of eyes when he ran the all-important 40-yard dash in 4.45 seconds. That mark tied him for 18th among all players at the combine and was the same time run by Alabama’s Jerry Jeudy, one of the top wide receiver prospects in the draft.

CBS Sports has Parker at 153 and Coulter at 157 in its draft rankings. Several national media outlets have written up the trio as a rare breed for Rhode Island and have highlighted the family connection between Coulter and Parker. On a recent media conference call, ESPN draft guru Mel Kiper, Jr., had Coulter and Parker on the tip of his tongue when talking about the depth of the wide receiver position in this draft class.

“The wide receiver position is the strongest in this draft . . . Isaiah Coulter from Rhode Island, I watched a lot of him and he did a very good job against some big-time opponents this year, tested well at the combine. So he could be a fourth or fifth round receiver,” Kiper, Jr. said. “The other receiver from Rhode Island, Aaron Parker, is a late round or priority free agent, and he can really play.”

The highest pick in school history is Steve Furness, who was drafted in the fifth round, 113th overall in 1971 and won four Super Bowls with the Pittsburgh Steelers. URI hasn’t had two players drafted since 1968, when there more rounds. Howie Small went in the 12th round and Frank Geiselman in the 13th.

The program has had 12 players drafted overall.

On this year’s path to the draft, Fleming joined his players at the combine and was available for questions from coaches, general managers and scouts. For NFL teams, draft prep at the event goes far beyond numbers and football skills.

“Everybody’s aware of the measurables – the 40 times, the bench press. When they’re doing their investigations, they go into the personality, their competitiveness, their family, how they handle themselves, what their character is like,” Fleming said. “All those questions are the reason I went out there, to make sure I could answer those questions they might have had – general managers, scouts, coaches just wanting to know more about those kids. Of course, that’s a very easy subject for me to talk about with all three of those guys because they’re outstanding football players and extremely hard workers.”

The draft goes seven rounds and a host of undrafted players always sign free agent contracts. Fleming expects the full URI trio to get a shot at the second route if they aren’t drafted. He’s also hoping a few other players get opportunities, including receiver Ahmere Dorsey, defensive back Momodou Mbye, offensive lineman Kevin Lawrence and defensive lineman Brandon Ginnetti.

For the URI program, draft success would be more than just a point of pride. On social media channels, the combine invites for Coulter, Parker and Murphy were heavily promoted. And on the recruiting trail, there was suddenly a new pitch available – you can get there from here.

“It’s certainly a big piece for our football program in terms of pride and being able to see that we have that kind of quality player. I think it validates to every recruit that we talk to from here on out, that yes, you can get to the NFL through the University of Rhode Island,” Fleming said. “Anytime that there’s an opportunity to expose your kids to recruits, you do it. We were talking quite a bit to the kids in the 2020 class about the successes of all of those seniors that are having NFL possibilities. When the East-West Shrine Game was on, we were communicating with the recruits, making sure they were tuning in to see the Rams in action. Of course in the combine, we made as much as we could out of that. That was an incredible experience to watch Rhode Island football players out there with the best players in the country.”

It may have helped this year, with the Rams pulling in a class ranked second in the Colonial Athletic Association by 247sports. Of course, Fleming wishes the credentials of his most talented players had been paired with more success. After a breakthrough 2018 season, URI slid back to a 2-10 this past season, as a string of close games slipped away.

“That was the biggest disappointment of last year, not being able to put wins in the column. I thought we played good football with good football players. We just couldn’t seem to get the games closed out, particularly the four we lost in the last two minutes,” Fleming said. “Going forward, it’s a reinforcement – if you have NFL aspirations, go work your tail off, do the things you’re coached to do and you’ll have an opportunity where if you’re good enough, they’ll find you. I certainly think it’s a different football team we’ll have this year, but we’ll take the pieces and hopefully come up with a better collective result in the win loss category.”

In the meantime, they’ll be rooting for some former Rams.

“It’s still a crapshoot. There are a lot of people out there,” Fleming said. “Hopefully, they’ll get a legitimate shot, end up with the right team. I’m fairly confident they’ll at least get an opportunity to get into a camp.”