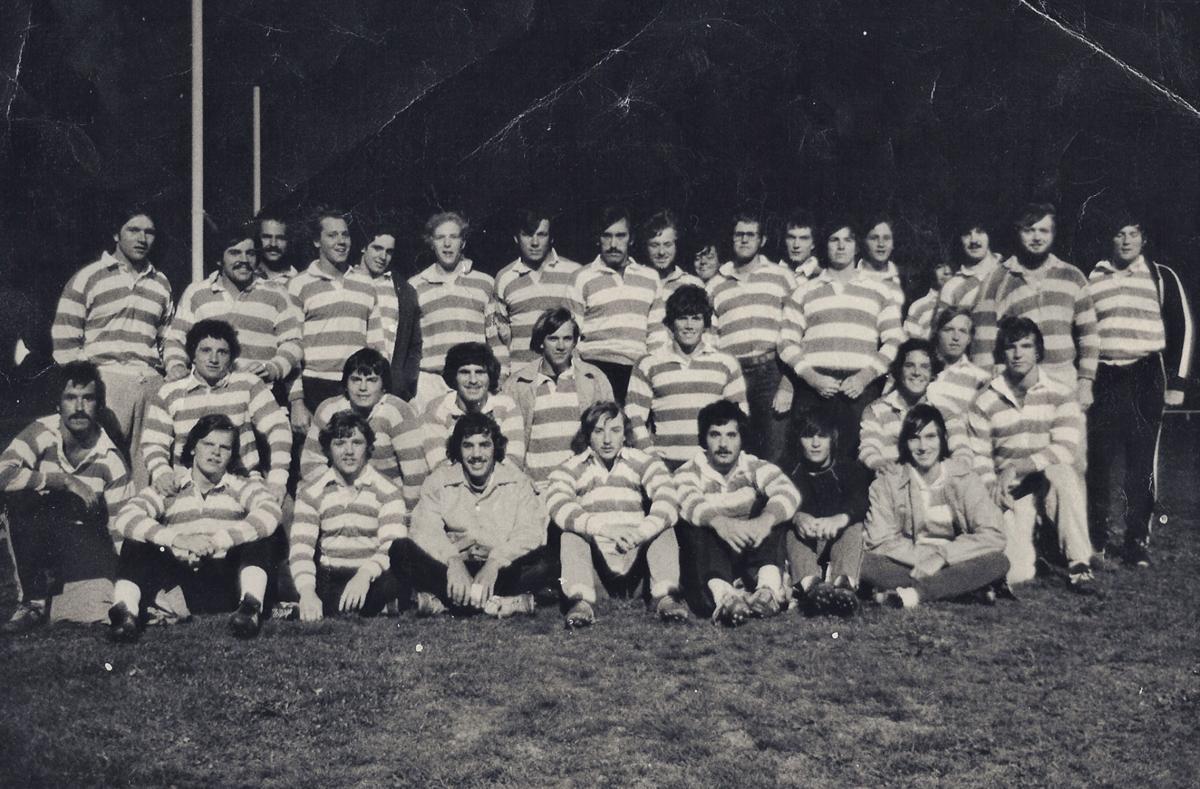 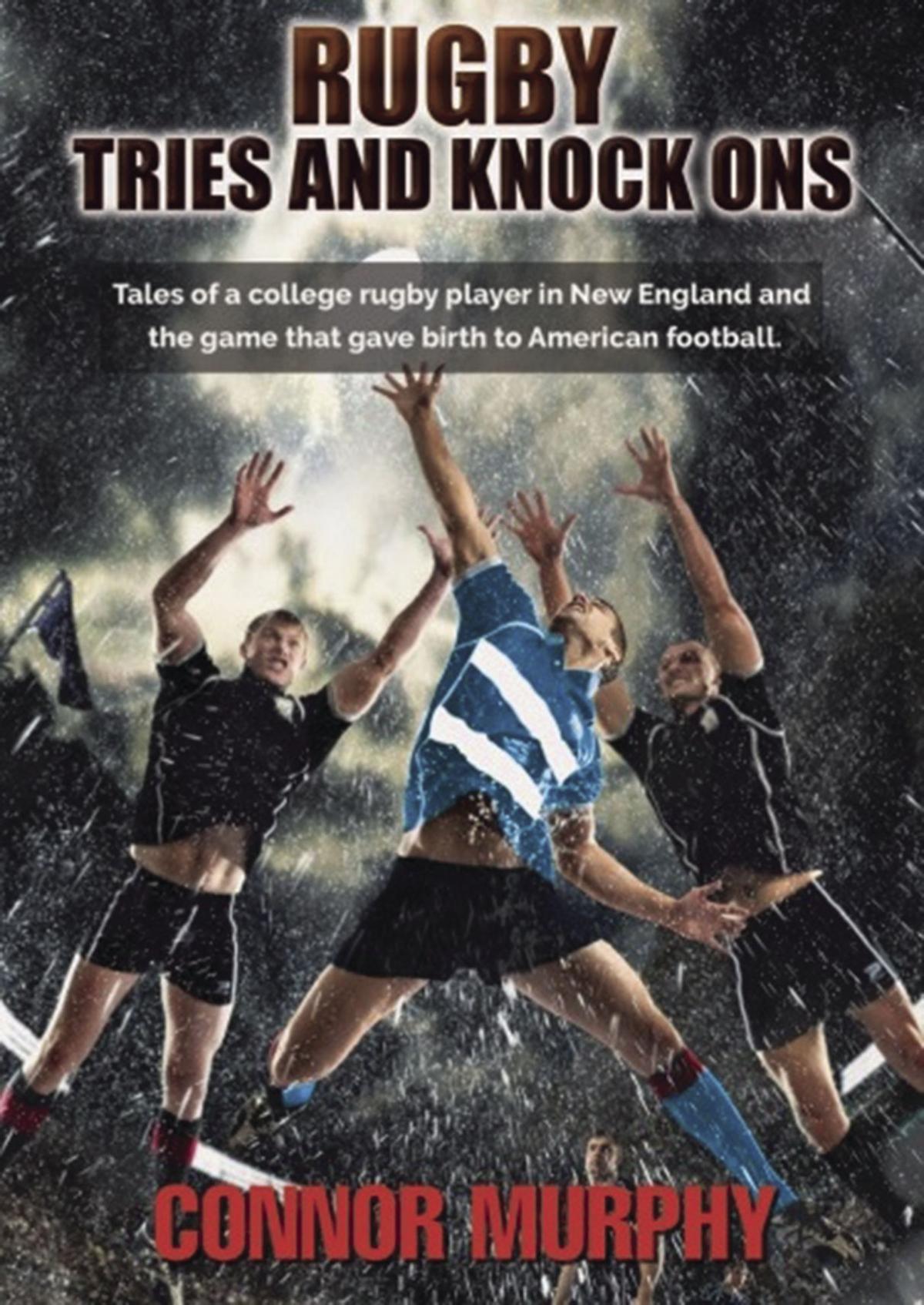 Over the years, at reunions for University of Rhode Island rugby players of the 1970s, tales of the glory days grew a bit taller, as tends to happen.

“You hear all these stories, you remember who’s on the team,” said Kevin Cronan, who played on the team in the mid-70s. “After a while, the stories get a little embellished.”

But the real stories – with no embellishment necessary – were pretty good, too, and Cronan felt they were worth telling. So he did, highlighting URI’s rugby success, the camaraderie of the team, slices of campus life and the college rugby world, in a book called “Rugby Tries and Knock Ons: Tales of a college rugby player in New England and the game that gave birth to American football.”

The book was released in the spring of 2018 by Austin Macauley Publishers and is still available for purchase from the publisher or on Amazon.com. Cronan wrote the book under the pen name Connor Murphy.

Cronan graduated from URI in 1977 with a degree in elementary education. He worked as a teacher and computer programmer but later returned to his alma mater to work in the IT and admissions department, from which he retired in 2018.

He caught the writing bug in 2012, starting with children’s books. When publishing prospects didn’t pan out, he came up with the idea for the rugby book and went full steam ahead.

A native of East Providence and now a Hopkinton resident, Cronan had never played rugby until he joined the URI team in 1975. He found himself in a unique environment, off the beaten path of varsity college sports but firmly in its own niche. It was a different time for college rugby clubs, which are now sanctioned by USA Rugby. Back then, the Rams didn’t have a coach, made their own schedule and took care of the field themselves. But there were always fans on the sidelines – and kegs of beer, too – as the Rams battled with top college teams and men’s clubs from around the region.

“I didn’t realize how good we were,” Cronan said.

There were many highlights along the way, which the book recounts. The 1979 season was particularly good, as the Rams won the prestigious Harvard Business School Sevens and New York Sevens tournaments. The team also played in the finals of the first national sevens championship, where it lost to a men’s team out of Denver on a controversial ruling that allowed the Denver club to sub in for injured players. URI also made it to the semifinals of the New England Rugby Union Open that year, where it lost to a powerhouse men’s team called Boston RFC. Rhody’s record that season against college 15s was 24-1.

The year before, URI achieved big things at the New York Sevens Tournament, where it won the college division, then faced off against the men’s division champion – Binghamton, New York – and prevailed again.

Beyond the team’s achievements, the book also celebrates the unique traditions of the club and college rugby in general. Opposing teams that beat each other up all afternoon would get together at a local bar or fraternity house for a post-match party. At URI, there was a rule that players had to attend at least two practices a week to be on the ‘A’ team, the program’s top unit. The weekly Friday gathering at the pub in the student union could count as one of the required practices.

“It was really a fun team to be a part of,” Cronan said.

URI players made lifelong friends, as evidenced by the reunions that led to the book idea. Harry and Sue Seidler always hosted the gatherings at their home in Jamestown. With the stories shared at those events as the spark, Cronan dug into the archives of the Good Five Cent Cigar – URI’s student newspaper – and the Providence Journal for photos and game coverage. He also had a lot of help from former teammate Bobby Read and wife Gail, who worked for the Cigar, and from teammate Bobby Belluzzi, aka “The Glue,” whose good memory was a major source of information. Kevin’s wife Leslie – who watched many of the matches – and children Sean and Casey supported the book project.

It was a labor of love, and the stories were indeed worth telling.

“There are books about national players and how to play rugby books for kids, but I didn’t really see a story about college rugby – the game, the songs, the parties,” Cronan said. “I wanted to tell the real story.”