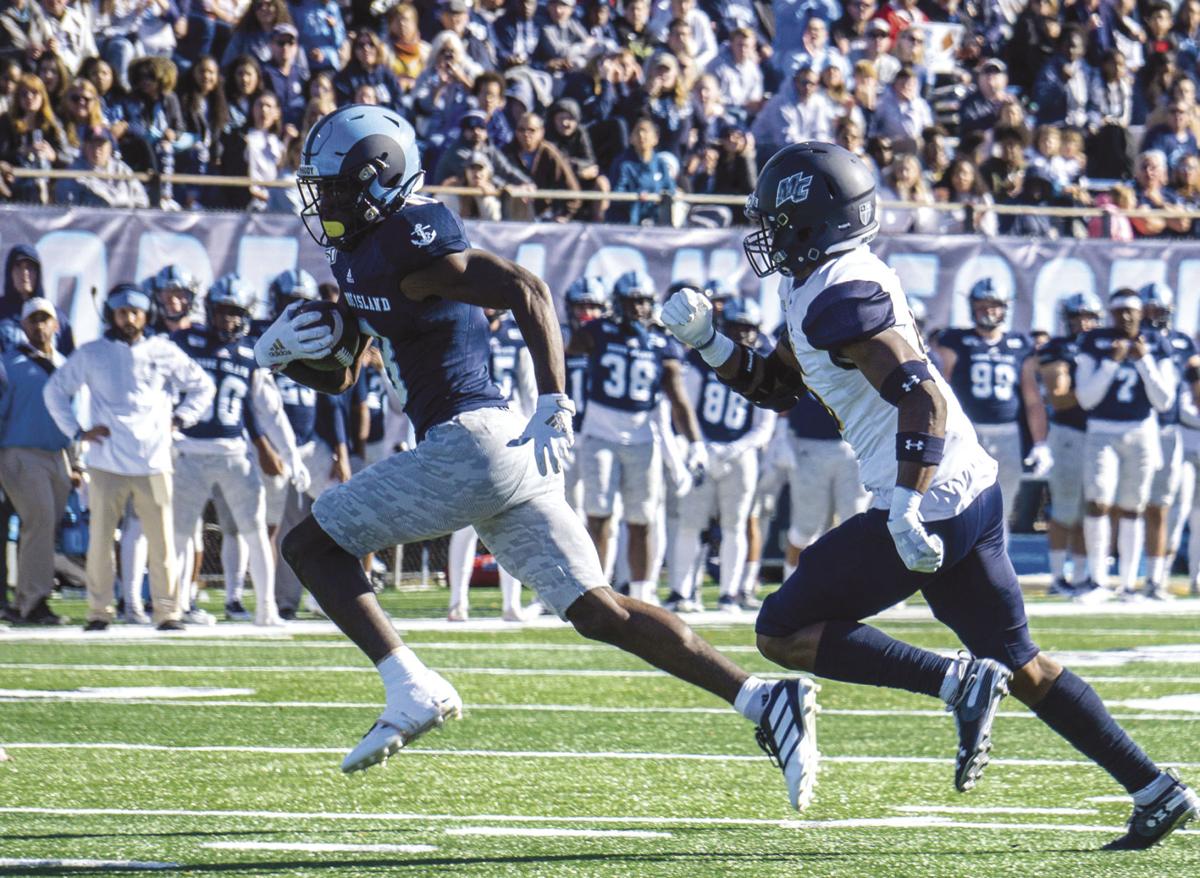 Isaiah Coulter finds running room during last season’s game against Merrimack. Coulter became the first player to be drafted out of URI since 1986. 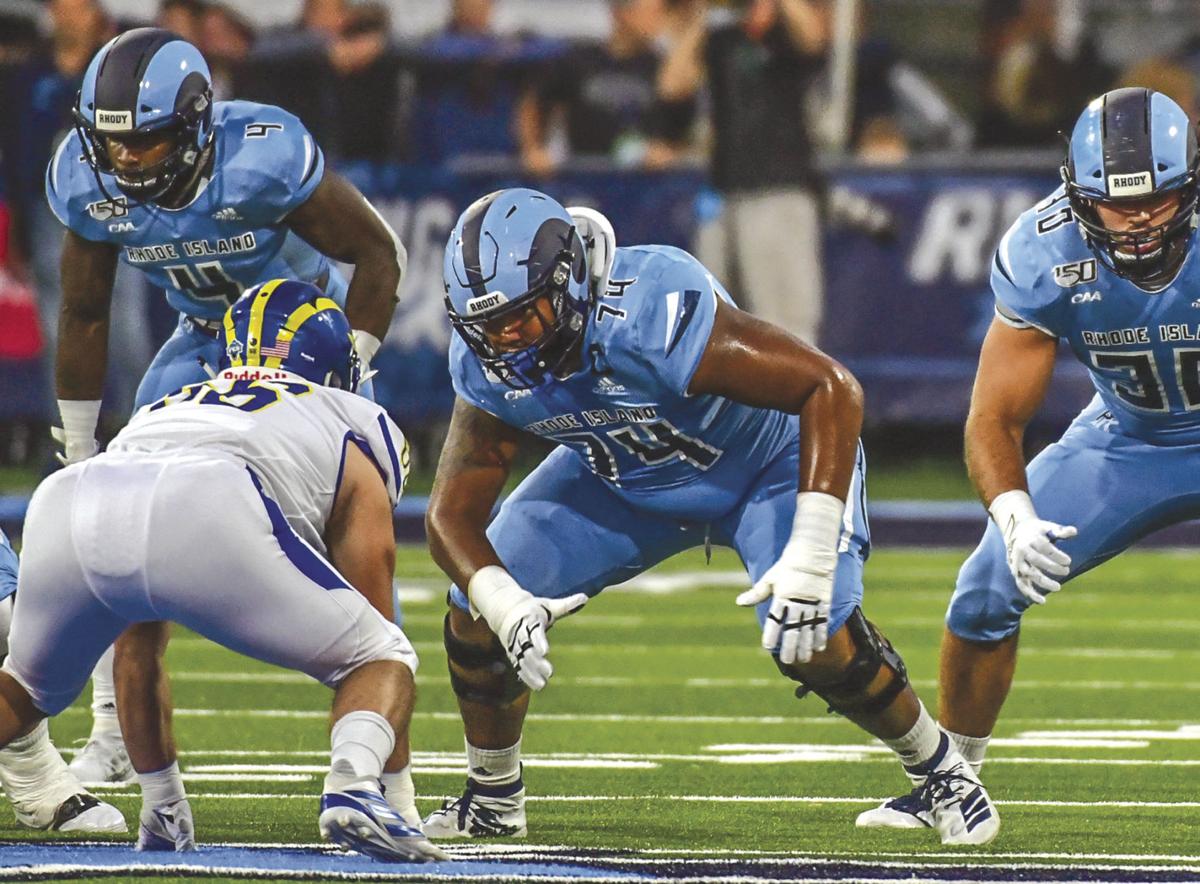 Kyle Murphy gets ready for the snap during a game last season. Murphy signed a free agent contract with the New York Giants. 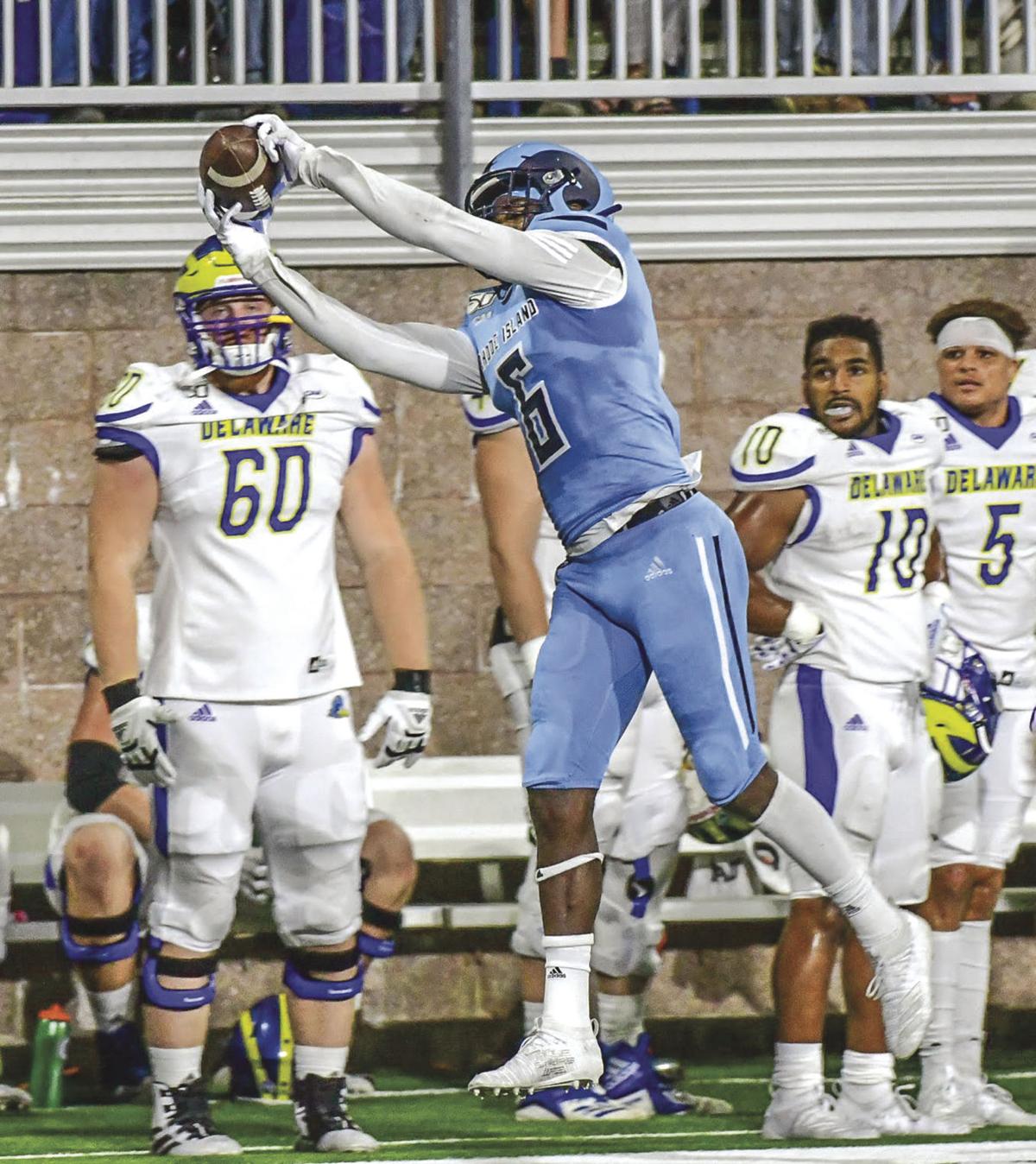 Isaiah Coulter finds running room during last season’s game against Merrimack. Coulter became the first player to be drafted out of URI since 1986.

Kyle Murphy gets ready for the snap during a game last season. Murphy signed a free agent contract with the New York Giants.

For the first time in 34 years, a University of Rhode Island Ram heard his name called in the National Football League Draft.

Wide receiver Isaiah Coulter was selected in the fifth round Saturday by the Houston Texans. He is the first URI player picked since offensive lineman Bob White went to the New York Jets in 1986.

“I’m grateful for the opportunity,” Coulter said on a Texans media conference call. “I thank [head coach Bill O’Brien and wide receiver coach John Perry]. This is great right now. I can’t even describe it. I appreciate those guys for believing in me, for seeing something in me, and I hope to make those guys proud.”

URI’s other top hopefuls, receiver Aaron Parker and offensive lineman Kyle Murphy, were not selected but both had signed free agent contracts less than an hour after the draft concluded. Parker, who is Coulter’s cousin, inked a deal with the Dallas Cowboys. Murphy is headed to the New York Giants.

Coulter declared for the draft after this past season, his junior campaign with the Rams. The 6-foot-3, 190-pounder from Brandywine, Maryland, caught 72 passes for 1,039 yards and eight touchdowns, teaming with his cousin to form one of the top receiving duos in the nation. It was a big jump from his sophomore season, in which Coulter was a weapon in a deep receiving corps but not a star.

“Just taking my craft serious in the offseason, not taking a lot of time off,” Coulter said of the leap he took. “Just really digging into my weaknesses, trying to improve and get better – in the film room, my route-running. It was just taking my off-season serious, loving football and being better every year.”

Coulter, Parker and Murphy were all invited to the NFL Combine, and Coulter’s stock soared there when he ran the 40-yard dash in 4.45 seconds, tied for the 18th-best mark in the field. The Texans were among the teams that showed interest.

“They kept in touch with me throughout the process,” Coulter said. “I met with them at the combine and we did FaceTime calls. It was great. Great chemistry. I feel like it’s a great fit.”

Coulter was the first player from the Colonial Athletic Association to be picked in this year’s draft.

“I’m not really looking at it as coming from a smaller school,” he said. “I’m just ready to play. Once you get on that level, you’ve just got to prove yourself at that point. I’m just trying to prove myself and put my best foot forward.”

Coulter had one of his best games this past season against the top competition he faced, catching nine passes for 152 yards and a touchdown against Virginia Tech.

“You’ve got to get up for games like those, especially coming from the conference I came from,” Coulter said. “You don’t get a lot of chances to play those bigger schools. It was just embracing the opportunity. Anybody can play at any level, I feel like, if you get your chance.”

Coulter hopes to run with his opportunity. The Texans feature one of the league’s top young quarterbacks in DeShaun Watson, who just lost his top target with the departure of all-pro receiver DeAndre Hopkins.

“I’m coming in ready to work,” Coulter said. “I’m hungry, eager to learn. I play with a chip on my shoulder. I’m ready to just come in and help any way I can.”

Coulter joined former Rams Steve Furness and Jeff Williams in being fifth-round picks, the best URI has produced. Furness remains the top overall pick in school history, having been chosen with the 113th pick in 1972. Williams was the 134th pick. Coulter, who went 171st overall, ranks third. He is the 13th URI player to be drafted.

Parker and Murphy were hoping to join the party, but free agent contracts can sometimes be a better option than a late-round selection, offering the chance for the player to focus on the right fit and opportunity.

Parker’s combine testing numbers weren’t quite as strong as his cousin’s, but he leaves URI as one of the school’s all-time great receivers. Known as a fierce competitor, he wrote Saturday on Twitter, “Promise you all 32 teams will regret it,” referring to not getting drafted. He added, “But with that being said, I got my opportunity to play at the next level with the Dallas Cowboys and I promise you they won’t regret it.”

Murphy joined Parker as an All-American this past season. He was rated as one of the top offensive linemen left on the board when the draft reached its end point, and quickly hooked on with New York.

One other player with URI ties will return to New England. Kicker Justin Rohrwasser, who transferred from URI to Marshall, was selected by the Patriots in the fifth round. He played two seasons with the Rams in 2015 and 2016, missing just one extra point in his career. At Marshall, he made 35 of 36 extra points this past season and 18 of 21 field goals.