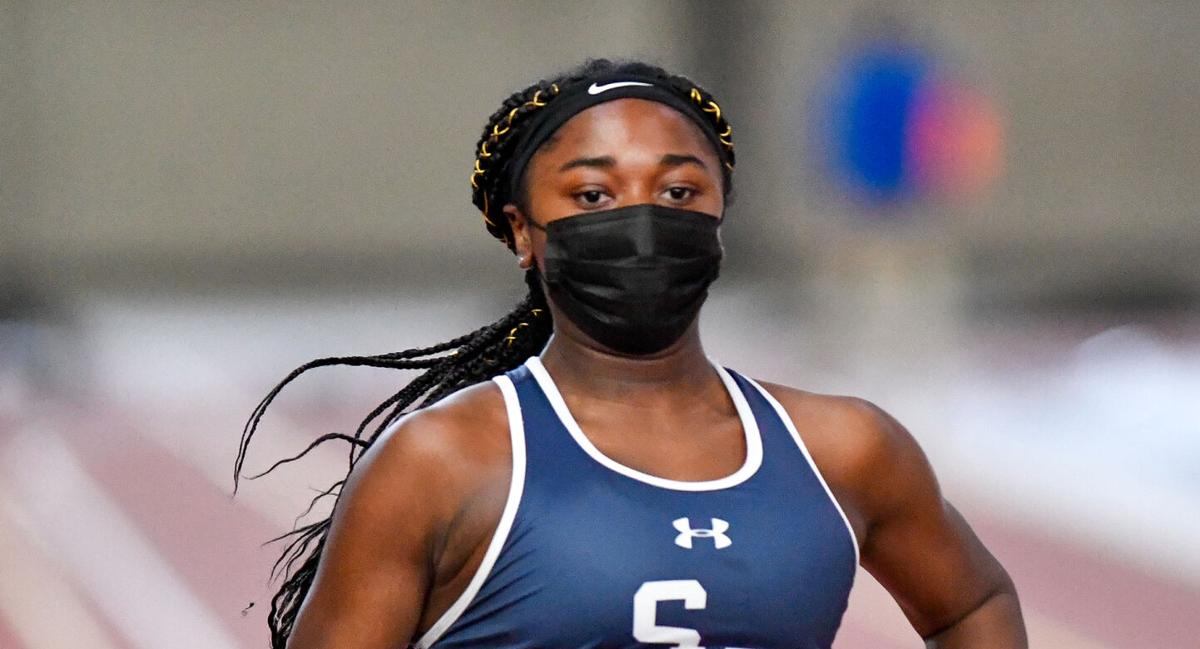 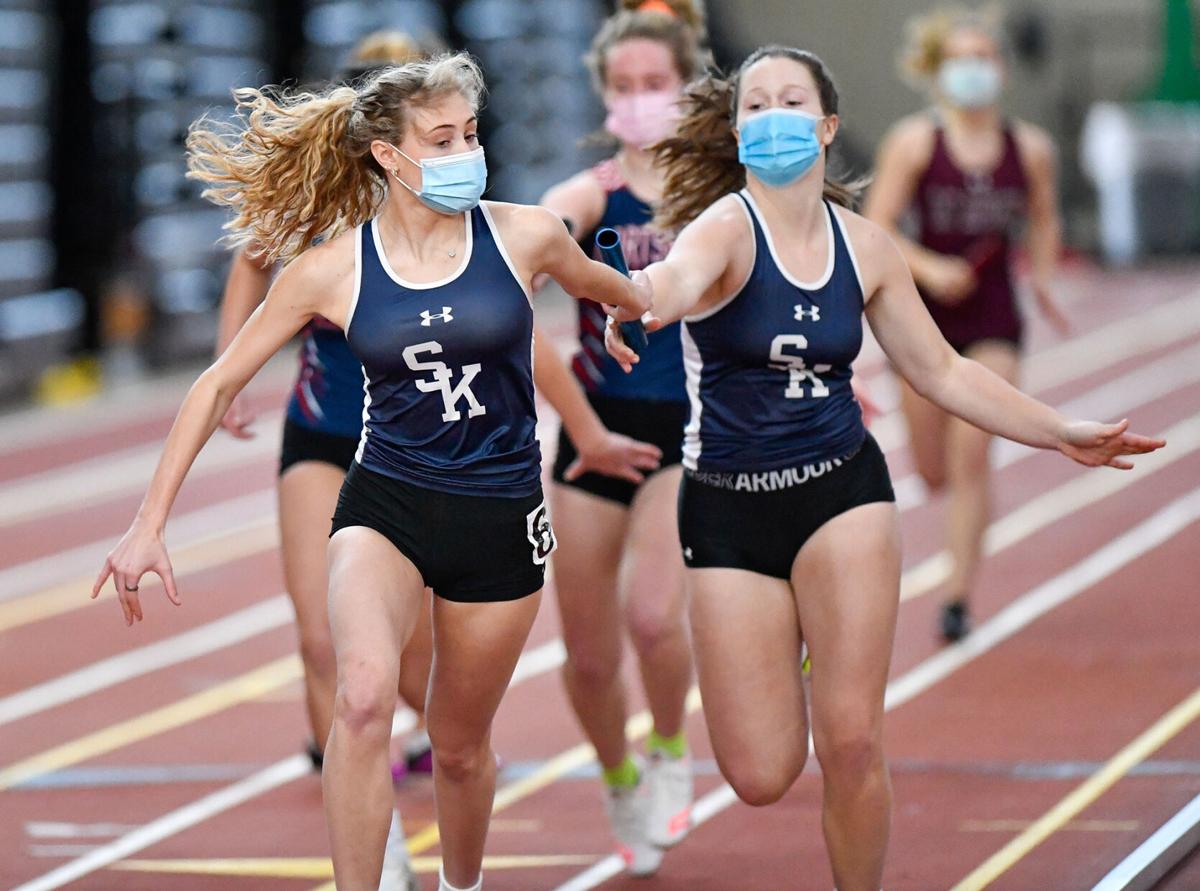 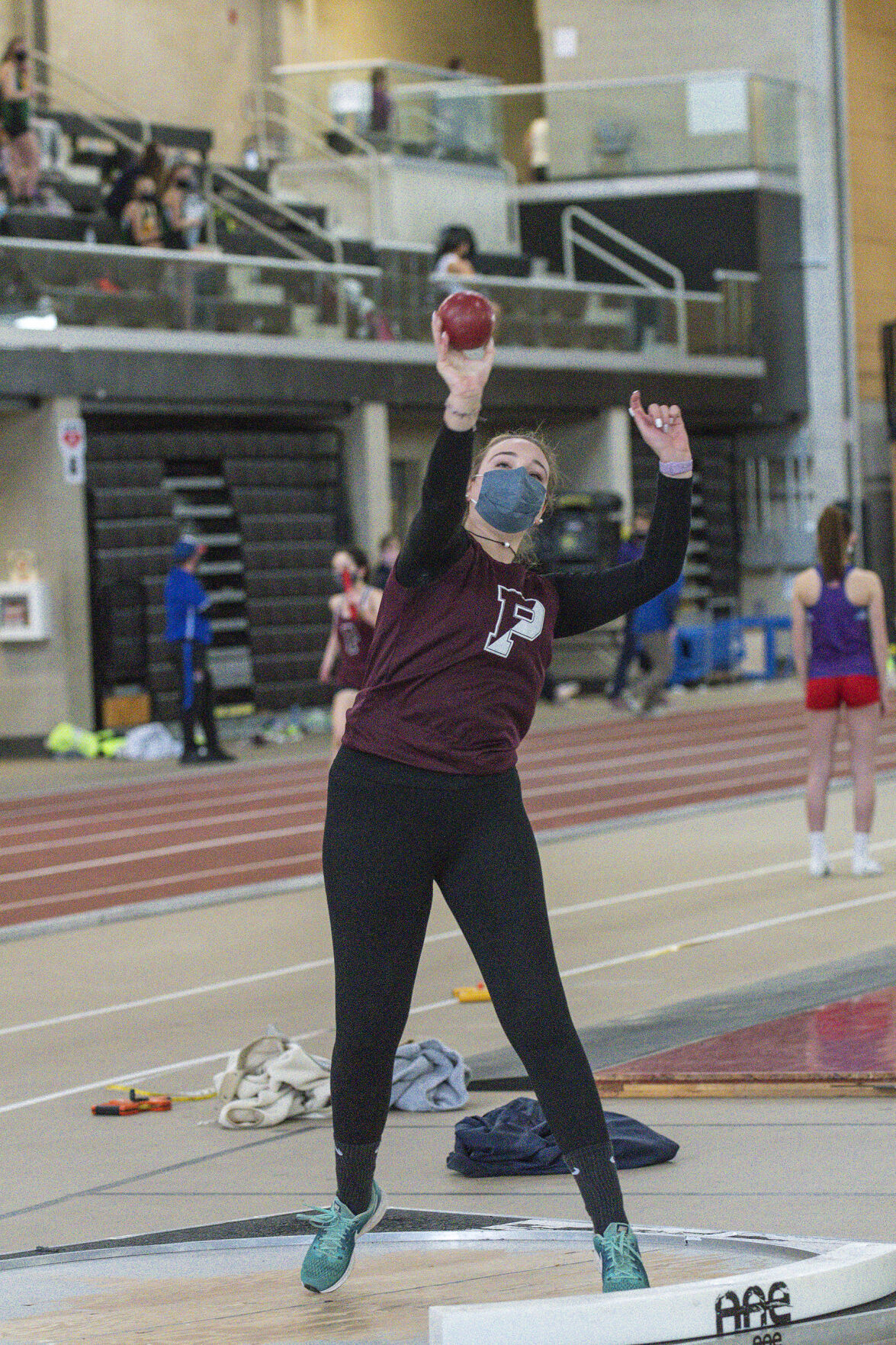 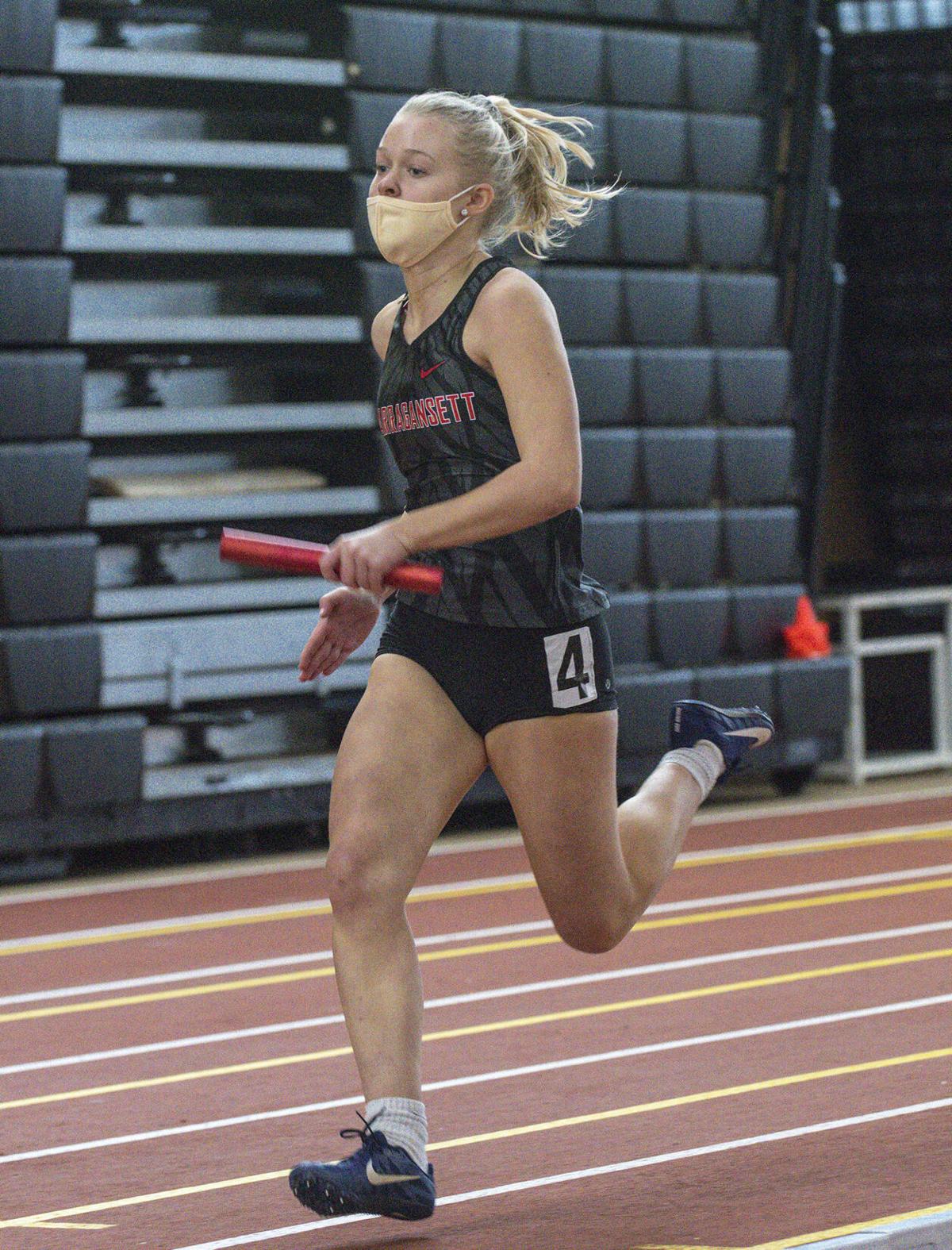 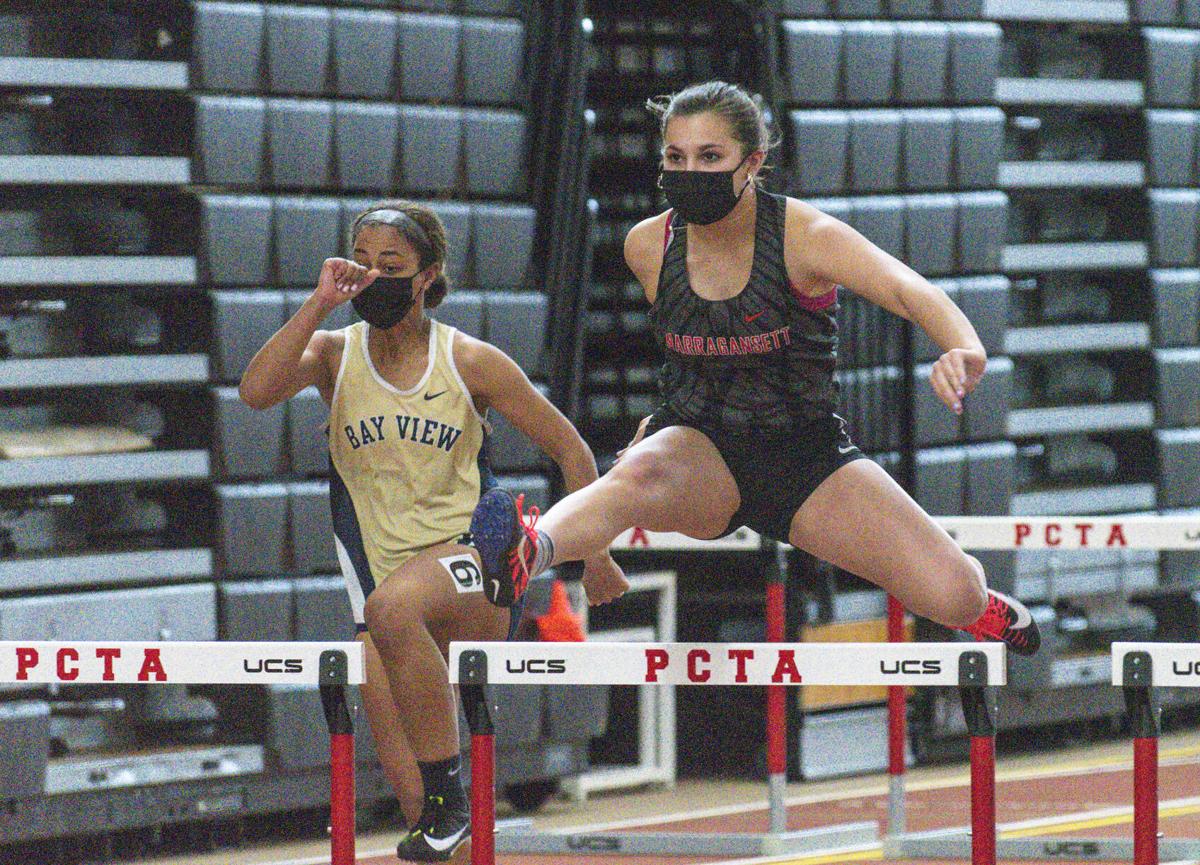 Two teams finished as runners-up while individual standouts captured 11 first-place finishes at the indoor track class championships this past weekend at the Providence Career & Technical Academy.

The North Kingstown girls took second in the Large Schools meet, and South Kingstown’s girls were second among Medium Schools. The Rebels’ Tayshia Cary was the top local performer with gold medals in the 55-meter dash and the 300-meter dash, plus another gold as a member of the 4x200 relay team.

North Kingstown’s boys and girls teams were both the best of the rest behind Catholic school powerhouses. The girls team finished as the runner-up to La Salle in the Large Schools meet, while the boys took third behind La Salle and Bishop Hendricken in Class A.

Souls also helped power relay success for the Skippers. She was joined by Sydney Brickle, Abigail Tober and Katherine Van Gorden for second place in the 4x200. Souls, Tober, Van Gorden and Emily Kallman took second in the 4x400.

Brooke Thompson was the runner-up in the high jump. Also placing for the Skippers were Brickle, Kallman, Ruby Nunnery, Sophia DeGenova, Molly Sullivan and Emma Charpentier.

Cary left with a lot of hardware for the Rebels. The junior won the 55-meter dash in 7.61 seconds and took first in the 300 in 44.42 seconds. She also ran on two relays, earning a first and a third.

In the final season of an indoor career that includes a long jump state title, Greene continued to rack up accolades for the Rebels. She won the long jump with a best of 17 feet, 6.75 inches. She also finished second in the high jump and had the top time in the prelims of the hurdles but was disqualified for a false start in the finals.

Hurley added fourth-place finishes in the 600 and the 3,000 for the Rebels, while McDonald placed third in the 600. Brown finished third and Emily Derreza was sixth in the hurdles.

The Rebel boys had the most first-place finishers among area teams across all meets and took third in Class B. Capalbo won the 600 in 1:23.82 seconds and also took second place in the 1,000. Burns ran the 300 in 37.40 seconds for first place, while also grabbing third in the 55. Ryan Hazard took first place in the shot put with a throw of 55-11.00 and added a fourth-place medal in the weight throw.

Also placing for the Rebels were James Reid, Will Ballard and Josh Carter.

Prout and Narragansett both had strong showings from their top performers in the Small School and Class C meets.

The Prout boys took ninth and were led by Barnes, who won the 3,000 in 9:39.25 seconds. Nathan Amalfetano added a sixth-place finish in the 300. Michael Garman, Blake Sykes, Joe Trombino and Jesse Fitzelle-Jones teamed up for third place in the 4x800. Amalfetano, Barnes, Garman and Fitzelle-Jones were fifth in the 4x400.

Devin Kazarian just missed a medal in both the shot put and weight throw but became the first Prout boy to make the finals in those events.

Narragansett’s girls finished in a tie for fifth with Juanita Sanchez. The Mariners were led by five separate third-place finishes. Sarah Tetreault had two of them, taking third in both the 55 and the 300. Madeleine O’Neill finished third in the 3,000, Emma Landy was third in the 55-meter hurdles and Kylee Bennett was third in the weight throw. The relay of Tetreault, Landy, Jenna Silvestri and Anna Butler was fifth in the 4x200.

Narragansett’s boys finished sixth in Class C. Adam Melnick and Killian Oberheu led the charge with two medals each. Melnick placed third in the 1,500 and fifth in the 1,000. Oberheu was the runner-up in the weight throw – the team’s top showing – and took sixth in the shot put.