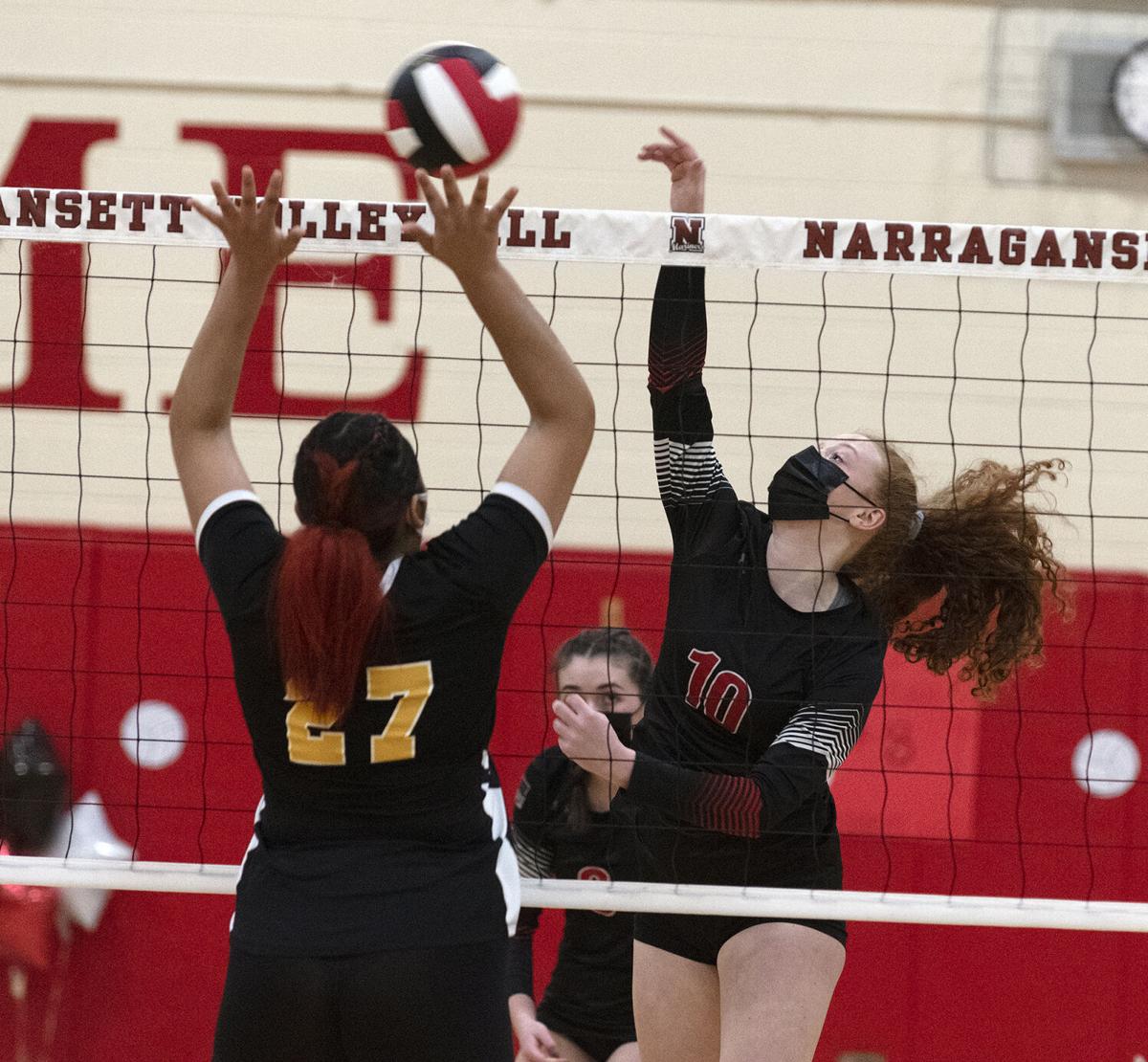 Narragansett's Lauren Aldrich goes up for a shot during Thursday's game against Central at Narragansett High School. 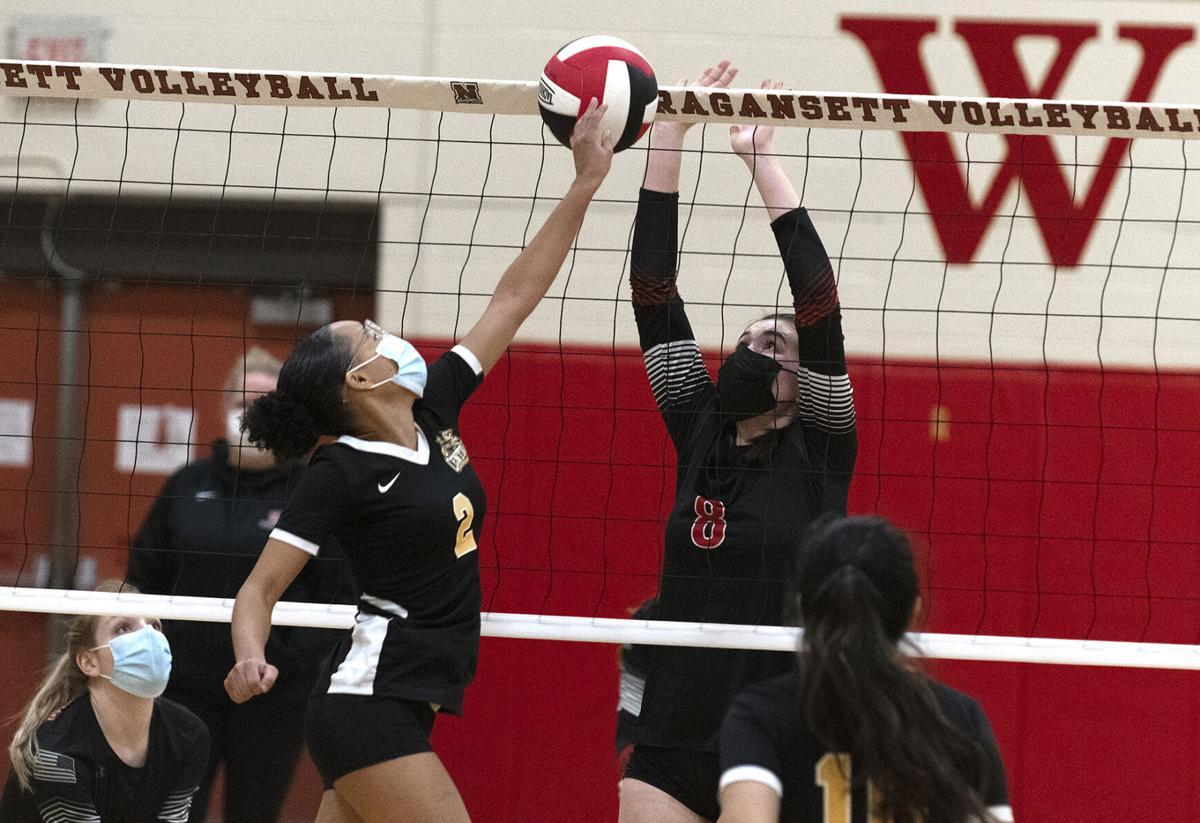 Narragansett's Hannah St. Jean goes up to block a shot during Thursday's game against Central at Narragansett High School. 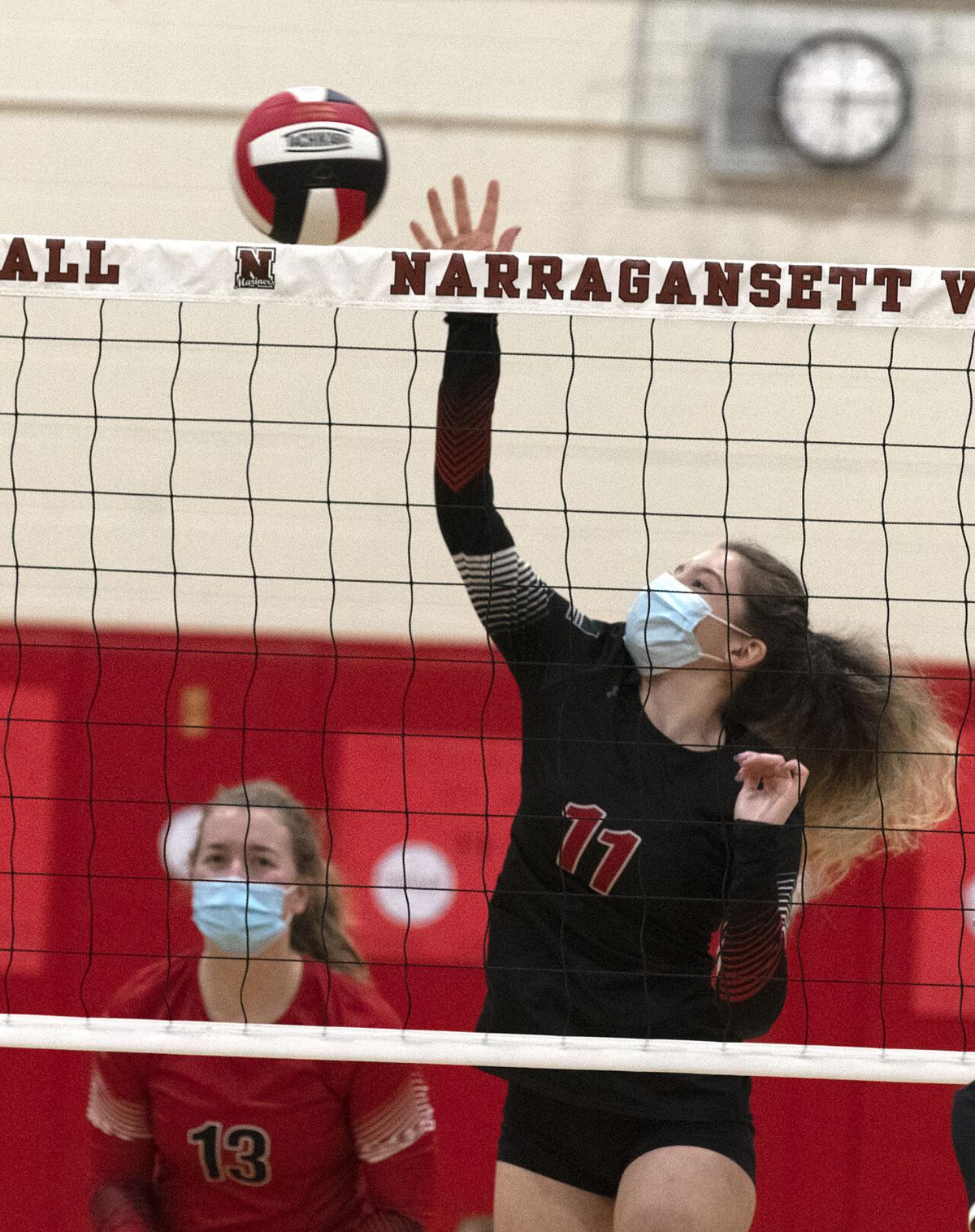 Narragansett's Elizabeth Orabona goes up for a shot during Thursday's game against Central at Narragansett High School.

Narragansett's Lauren Aldrich goes up for a shot during Thursday's game against Central at Narragansett High School.

Narragansett's Hannah St. Jean goes up to block a shot during Thursday's game against Central at Narragansett High School.

Narragansett's Elizabeth Orabona goes up for a shot during Thursday's game against Central at Narragansett High School.

NARRAGANSETT — The top teams in the new-look Division III have been tough to handle for the Narragansett High School girls volleyball team this season.

Answering one such challenge in comeback fashion made for a memorable senior night.

Central, a semifinalist in 2019, took a 2-0 lead in Thursday’s match, but the Mariners rallied to win three straight sets for a 3-2 victory.

“It’s a very satisfying win, when you go down by two and come back to win,” Narragansett head coach Abby Hummel said. “As we went through the five sets, our level of play got better and better.”

After opening the season with a win over Westerly, the Mariners lost two straight, to Rogers and to defending champion St. Raphael. The win over Central snapped the skid, though two more losses followed in a home-and-home set over the weekend with Block Island, the 2019 runner-up.

It’s a smaller Division III this season following the creation of Division IV, and it features most of the top teams from last season, with no easy games on the schedule.

“Some of the top teams in the old Division III are still really good,” Hummel said. “It’s definitely a tough division.”

Central took the first set of Thursday’s match 25-16. The Knights made it a 2-0 lead with a 25-22 win in the second set, but the Mariners were trending in the right direction. Down six early in the set, they worked back to stay close the rest of the way. It was a 21-21 game before the Knights finished strong.

“We just focused on ourselves,” Hummel said. “In the second set, it seemed like towards the end of it, we started to find our rhythm. We told them, we had no worries about the first set because we’re on a roll now.”

Narragansett won nine of 10 points to take control of the third set, jumping to a 12-4 lead. Hannah St. Jean had two kills and Lauren Aldrich served up an ace to finish that surge. Three straight aces by St. Jean led another run for a 19-7 lead. Up 23-13, the Mariners finished off a 25-13 win thanks to a pair of Central errors.

The Mariners forced a decisive fifth set with a comeback win in game four. Down 17-14, they came back to tie the game, got some help from rotation errors by Central and won 25-23.

Armed with momentum, Narragansett surged to a big lead in the decisive fifth set and won 15-4.

“Central is really good,” Hummel said. “They don’t have a lot of blocking but they’re very scrappy. It’s tough sometimes as a hitter because it seems like they’re digging everything. I was glad that our girls stuck with it.”

The win provided a good send-off into postgame senior night festivities. It was a welcome celebration.

“We thought there wasn’t going to be a season,” Hummel said. “Having even the nine games is incredible. They just want to play.”

Narragansett was set to face Central Falls on Wednesday, with results unavailable at press time. The regular season concludes with two matches against Middletown April 13 and April 19.